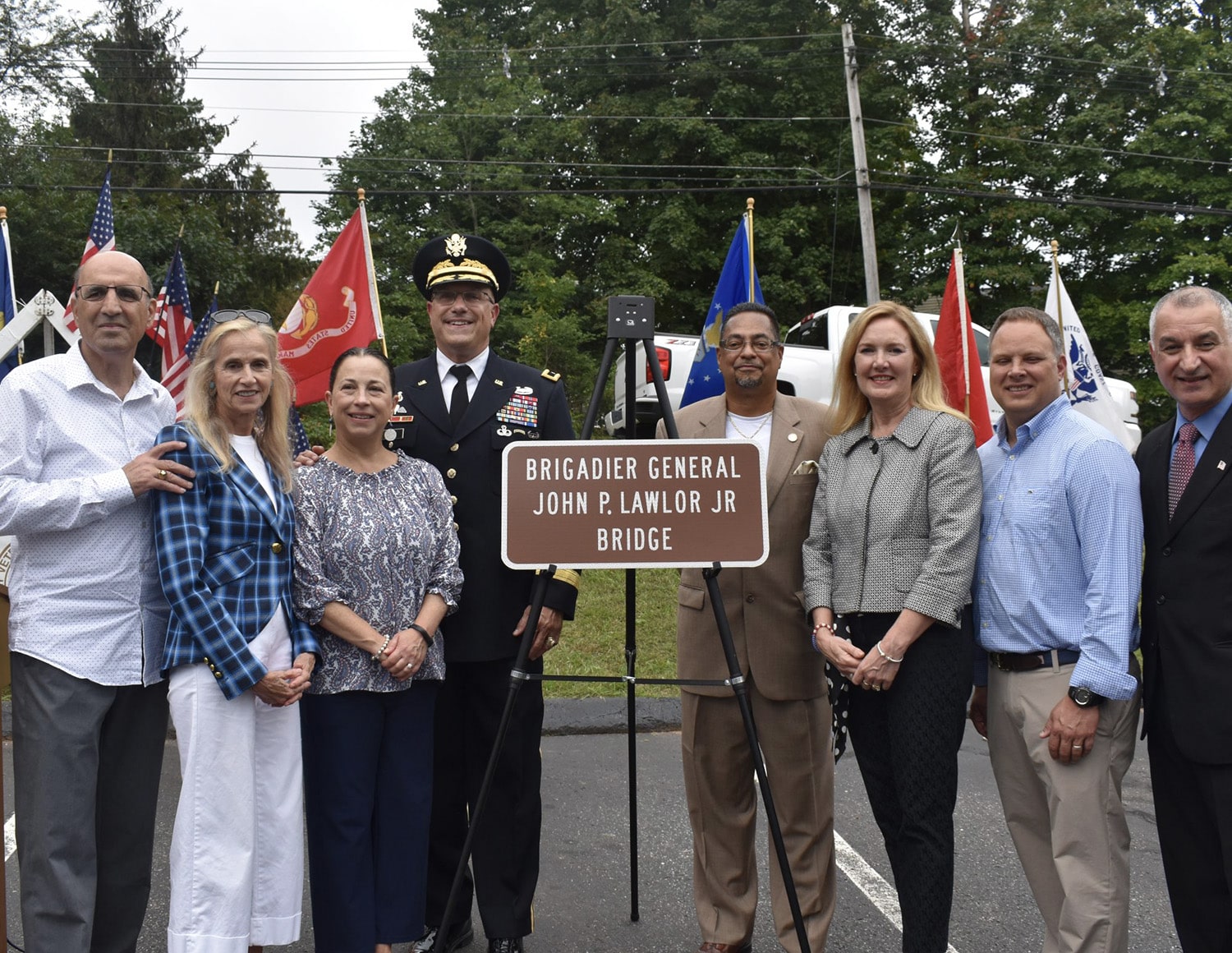 Lawlor, who spoke on campus in November 2019 during Norwich University’s Veterans Day observance, began his military service in 1987 with the U.S. Army. He lives in Southington, Connecticut, and serves as public works director in East Hartford, having held similar roles in Waterbury, Bloomfield and New Haven, Connecticut.

“I am so incredibly humbled and honored to be recognized here today,” Lawlor said in remarks on Zupkus’ website. “Having a piece of local infrastructure named in my honor is just too much for words. And to have it here, close to where my journey began, makes it even that much more special.”

Lawlor, who has served as deputy commanding general of the U.S. Army John F. Kennedy Special Warfare Center and School, earned a public administration master’s from Norwich University in 2010. He also has Bachelor of Science in civil/construction engineering from Central Connecticut State University and a master’s in strategic studies from the U.S. Army War College.

Lawlor in 1997 served with the Combined Joint Civil Military Task Force, as aide-de-camp and then military assistant to chief of NATO operations in Sarajevo, Bosnia-Herzegovina. He deployed in 2003 for Operation Iraqi Freedom, serving as public works team chief for the 4th and 1st Infantry Divisions, improving infrastructure in north-central Iraq.

Lawlor joined retired U.S. Army Gen. Gordon R. Sullivan ’59 in receiving a September honor involving a bridge. Sullivan on Sept. 11 was honored with a statue at the opening of the Generals Bridge and park in Quincy, Massachusetts. 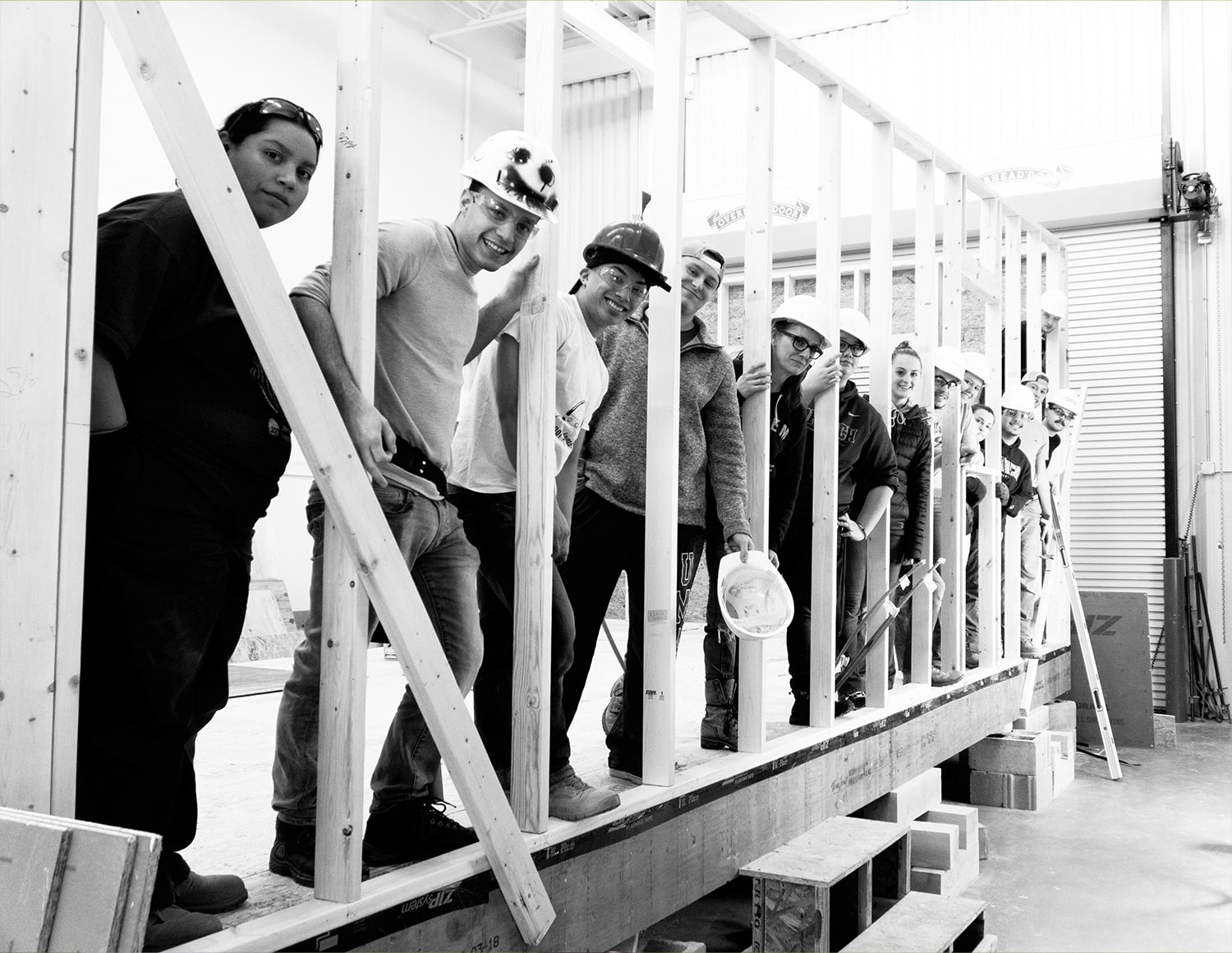 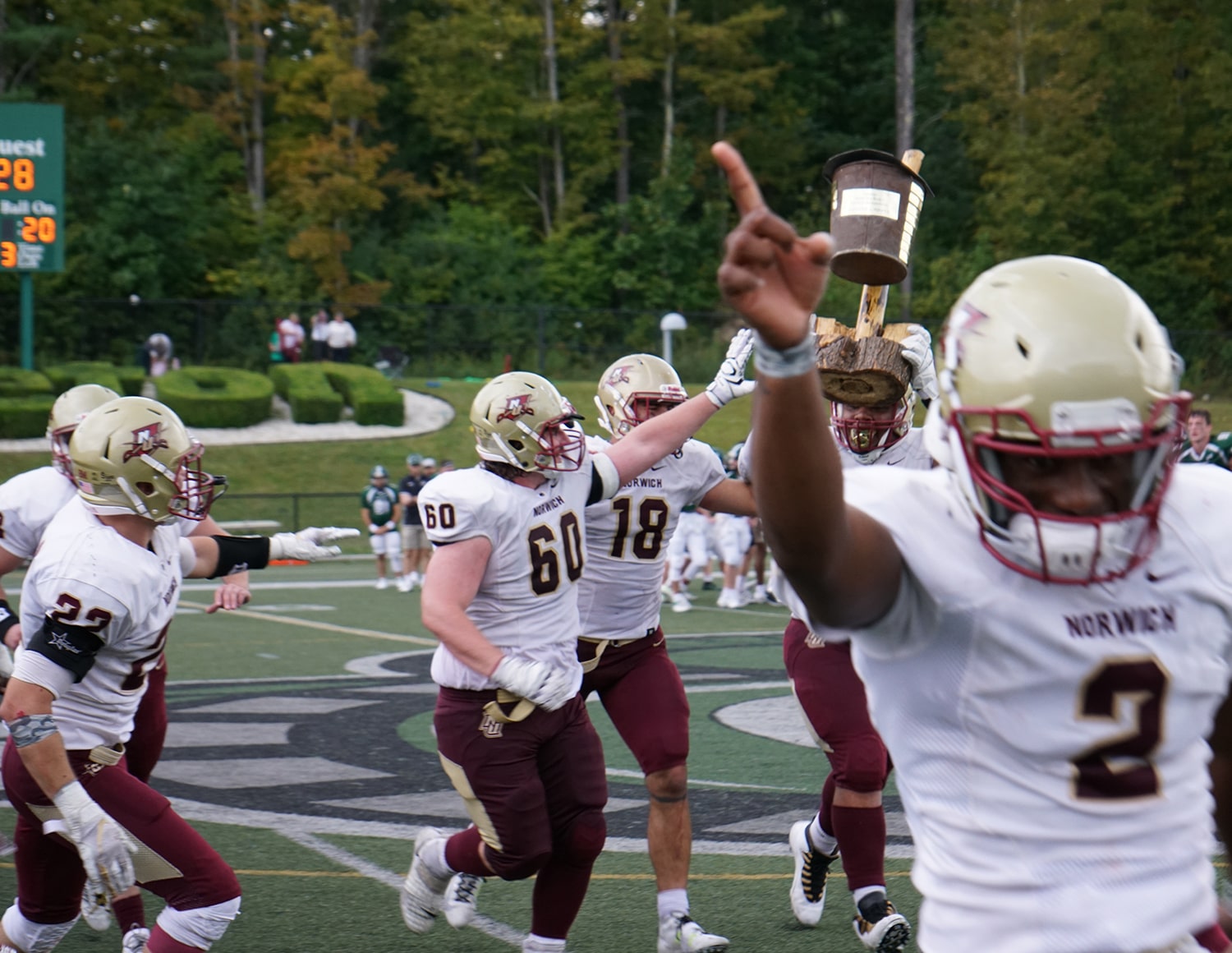 The bucket stays in Northfield.

With a 28-12 win at in-state rival Castleton, the Cadets won their first game of 2021 and won their third straight Maple Sap Bucket, gaining a measure of momentum ahead of their annual Homecoming game. 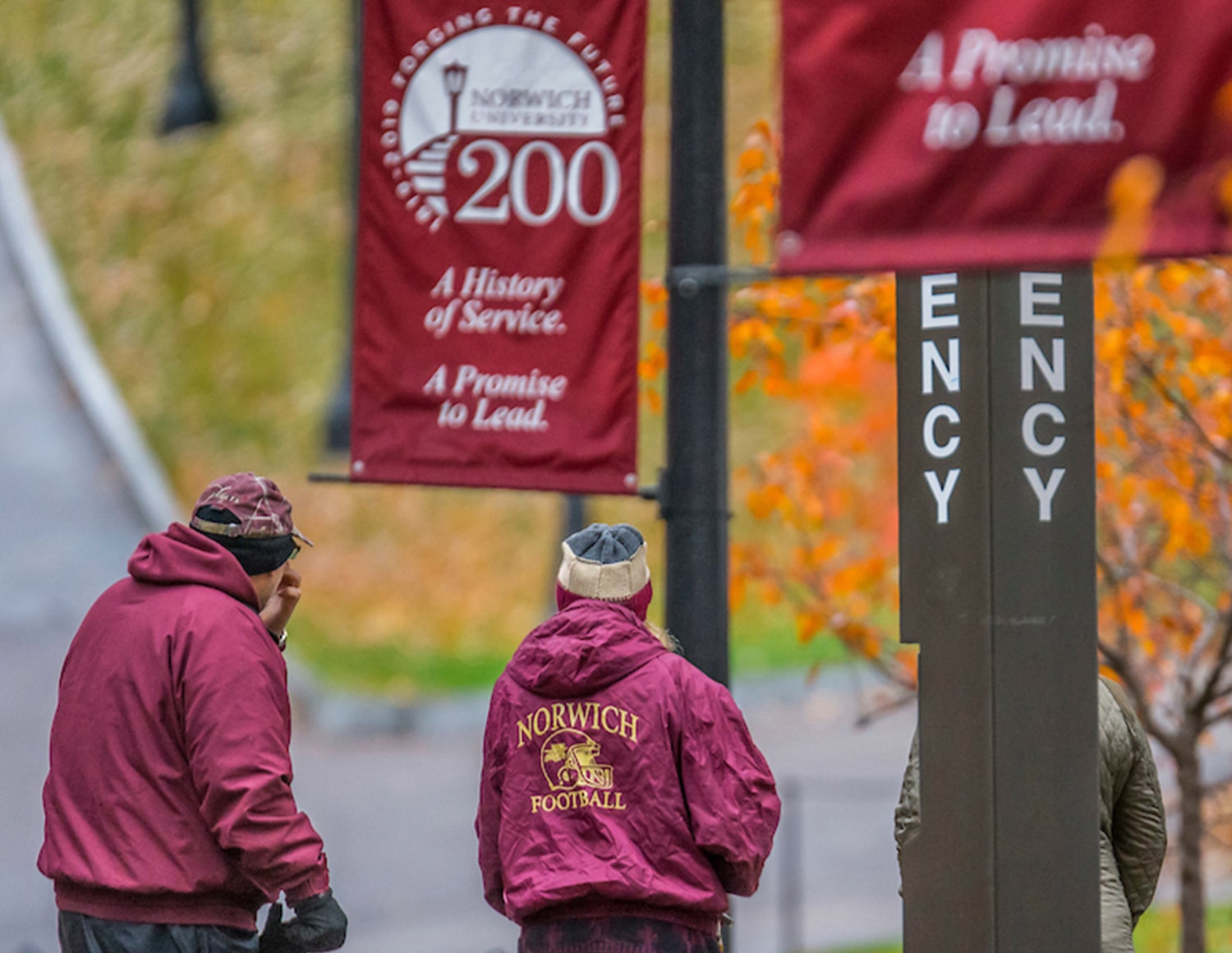 Prospective students will get their questions answered Saturday as the Norwich University Admissions Office stages its fall open house.

Norwich University to welcome alumni back to campus for 2021 Homecoming 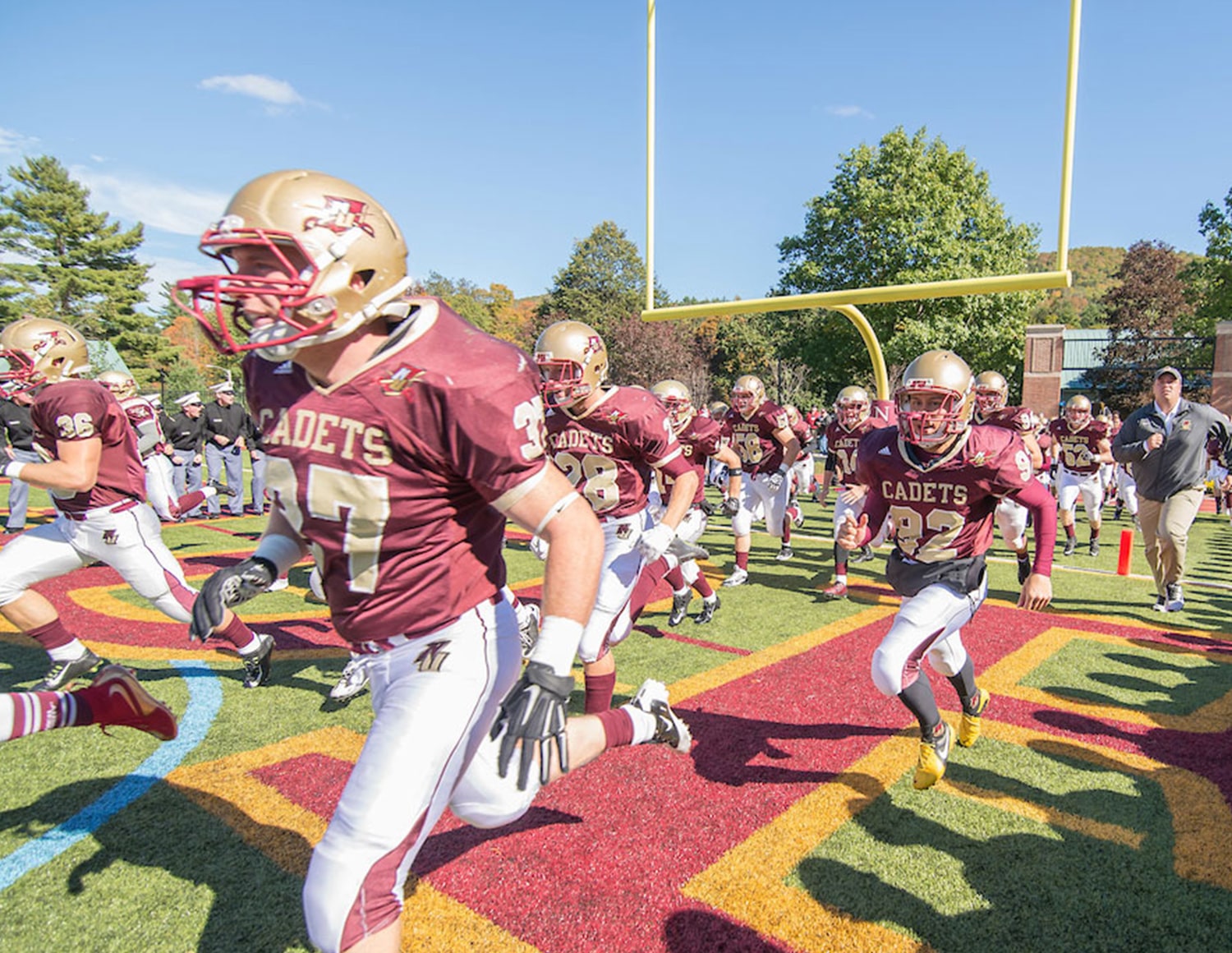 NORTHFIELD, Vt. — Norwich University will host more than one thousand alumni and their guests during annual Homecoming festivities Sept. 23 to Sept. 26, which follows the Presidential Inauguration for its 24th president, Dr. Mark Anarumo, on Wednesday, Sept. 22.

Read more: Norwich University to welcome alumni back to campus for 2021 Homecoming