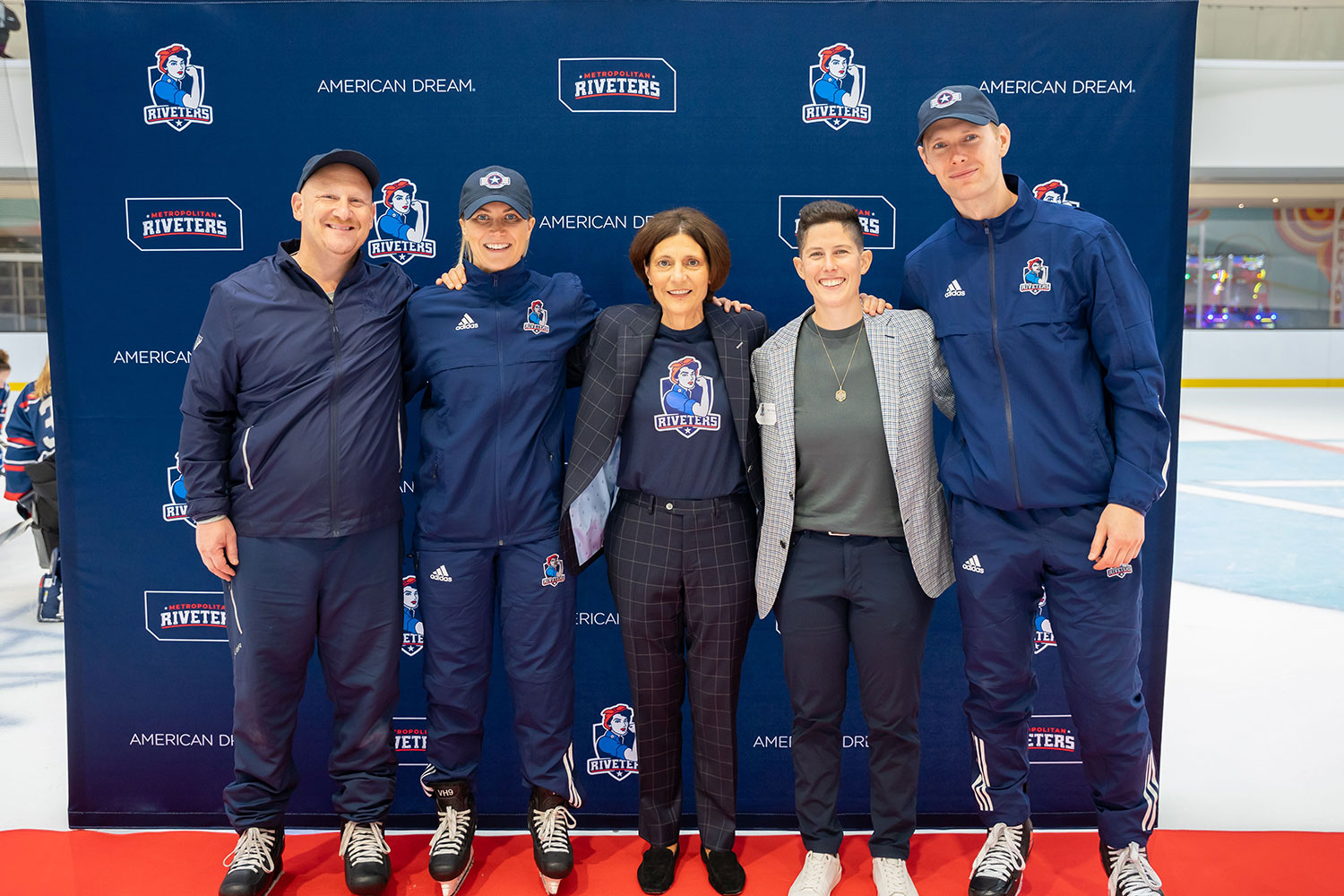 After a pro season in Toronto, the 2014 grad signs on as GM for New Jersey’s Metropolitan Riveters

During her senior year at Norwich, Tori Charron wrote a paper about how to become a collegiate hockey coach. “Hockey is a true passion of mine,” she wrote, “[and] becoming a collegiate coach is something I aspire toward.” While Charron has yet to realize that dream, she has done something more impressive: She was recently named general manager of the Metropolitan Riveters, one of only seven professional women’s hockey teams in North America.

Charron, who was raised near Windsor, Ontario, transferred to Norwich in 2012 to play women’s hockey. During her two years with the Cadets, the star forward dazzled with 59 goals and 31 assists in 59 games. Both years, she earned ECAC East Player of the Year and CCM All-American honors. She also scored the winning overtime goal to clinch the 2014 NCAA Division III quarterfinals for the Cadets against Elmira College, her former team, and propel Norwich to the NCAA Division III Finals against Plattsburgh.

After graduation, Charron first put her degree to work as an engineering products manager. Later, in partnership with her brother, she assumed ownership of her father’s mechanical contracting company. Her career path initially led Charron to step away from hockey. “With a commitment to the family business, it wasn’t feasible to commit to playing professional hockey,” she says.

Despite considering herself retired from hockey, Charron still participated in a weekly skate for high-level female players. After one game, the coach for the Toronto Six (a 2012 expansion team in the Premiere Hockey Federation), asked Charron if she had thought about playing professionally. “There’s a place for you on the Six,” the coach told her.

Charron played just one pro season. “When I joined the Six, I was the oldest player on the team. The PHF is so strong. It’s hum-bling to play with those players. There is always a younger player with more talent,” she says. “But I knew that if I could contribute in other ways, there would be opportunities with hockey.”

That opportunity came quickly. After retiring from professional hockey at the end of last season, Charron made a nearly unheard-of move in pro sports: She transitioned from scoring goals to signing play¬ers as general manager of the PHF’s Metropolitan Riveters in East Rutherford, New Jersey. “I am involved in every aspect of the Riveters,” she says. “I help set up the medical team, help players settle in the area, do marketing, and sign players.” One of her first moves as GM was to offer a contract to Kaycie Anderson ’15, Charron’s former teammate and roommate at Norwich.

When asked how Norwich prepared her for being general manager, Charron says, “At Norwich, you learn to communicate with different types of people with different priorities: athletes, Corps, civvies. And that is what I do as general manager. The players want something. The medical staff needs something else. And the business side has their needs.” When asked about being GM, Charron says, “This job merges my passion for hockey with my aptitude for business. I have every former player’s dream job. And I get to help these women be the best they can be on the ice.”