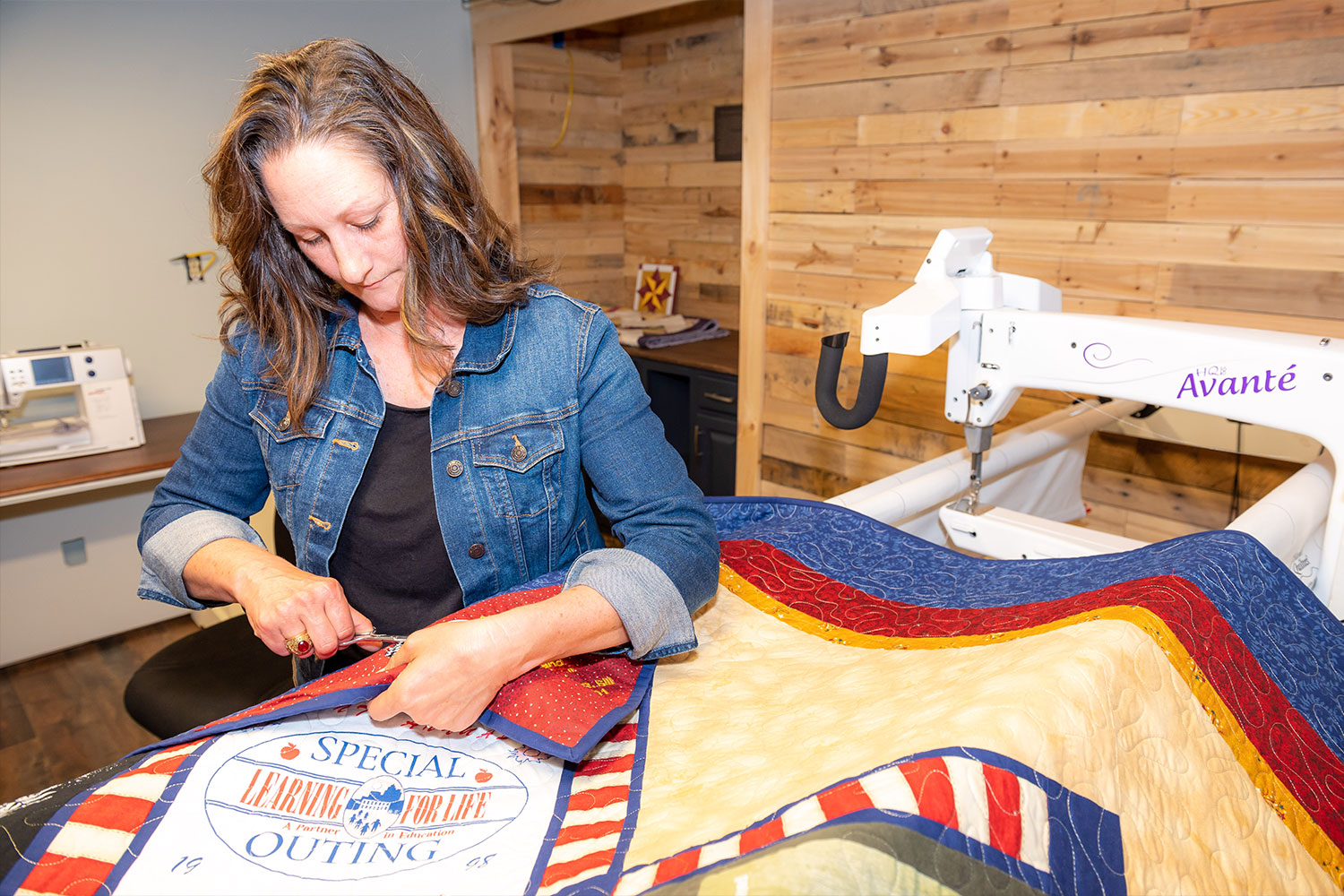 There are many ways to mark milestones in life, to remember loved ones who have passed away, to honor the fallen. Kimberly Hess ’01 does it with quilts.

It was a hobby initially, a challenge she’d set herself. Hess graduated from Norwich early. Her friends were still in college; she was working. “I was bored,” she says. “I got crafty, and thought I’d try to make a quilt.”

Fast forward a decade: Hess was on maternity leave in 2011 with her second child, when she learned that her classmate and rook buddy, Navy SEAL Brian Robert Bill ’01, had been killed in action in Afghanistan. She reached out to his family, told them whatever they did to honor their son, she wanted to be a part of it. Hess joined the board of the Brian R. Bill Memorial Golf Tournament. She made a quilt. It was auctioned at the inaugural tournament, which has since become an annual event.

The following year, she spoke with Brian’s mother about the heart-rending task of disposing of her son’s effects. Hess asked if some of Brian’s clothes might be entrust-ed to her. Hess made five quilts for Brian’s family. They had the effect she’d hoped for. “It’s like wrapping yourself in a hug,” she reflects.

Hess was soon approached by other classmates. One asked her to make a quilt for her children, out of her grandmother’s nightgowns. Another asked for a milestone quilt for her son, who was joining the military.

Hess says it is both humbling and inspiring to be offered this “small window into someone else’s life, and to get to rework it into something beautiful.” She says she realized that it was a unique service she could offer to other Norwich alumni. “I feel certain they have boxes packed away, boxed up memories that I could turn into a practical item that can be used and displayed, to regularly speak [to] memories of our time on the Hill.”

She says her intention is to donate 10 percent of the proceeds from every quilt she makes to Norwich via the Brian R. Bill Scholarship Fund.

With the support of Norwich and Bill’s parents, the Brian R. Bill Scholarship Fund has raised $1.4 million to date. Proceeds support scholarships for Norwich students. Readers interested in turning memories into quilts can reach Kimberly Hess ’01 at This email address is being protected from spambots. You need JavaScript enabled to view it..