Corruption in Russia and the War in Ukraine 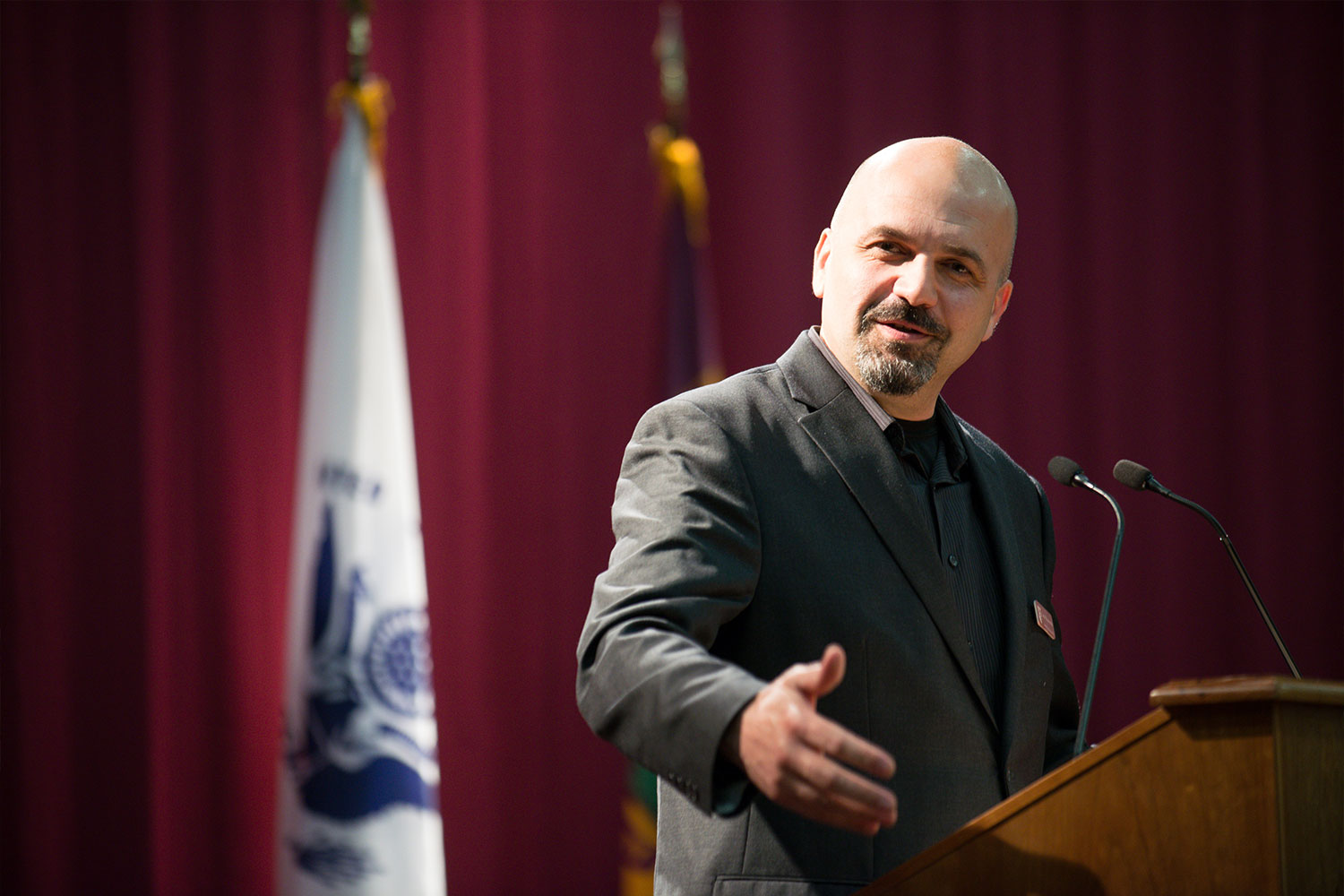 The author is a professor and director of the graduate programs in diplomacy and international relations in NU’s online College of Graduate and Continuing Studies and a Davis Center associate at Harvard.

After the dissolution of the Soviet Union, high-level commercial crime and corruption replaced the social controls previously held by the communist party of the Soviet Union. In the 1990s, during the Yeltsin years, corruption became ubiquitous in Russia. Under Vladimir Putin, it has become institutionalized. The war in Ukraine has made it clear how much corruption has affected the Russian security and military forces: many of the shortcomings and failures of the Russian intelligence and military in Ukraine can only be attributed to corrupt officials and practices in the Russian state.

Two weeks after the opening of the Ukraine campaign, a top-level intelligence leader was detained in Moscow: three-star general Sergey Beseda, the head of the intelligence service within Russia’s counterintelligence agency FSB (the Federal Security Service), the main successor of the Soviet KGB. The idea of operating an intelligence department within a counterintelligence agency was put into practice by Vladimir Putin, who in the later 1990s held the post of FSB director. Putin created this department to operate specifically in post-Soviet countries, like Ukraine and Georgia, in order to cultivate pro-Russian policies and develop networks of spies, subversive groups, and militants. Beseda’s small department in time transformed into FSB’s Fifth Service with 150 officers in charge of its various operations. After Russia annexed Crimea in 2014, Ukraine became its top assignment. The goal: the work done by FSB’s Fifth Service was supposed to guarantee the Russian military’s takeover of Ukraine in three to four days. The Fifth Service was reportedly given more than a billion dollars for this task—a huge sum in Russia. As we now know, the FSB had nothing of the sort prepared in Ukraine, while the Russian forces invading Ukraine in February clearly expected a quick victory. The enormous budget allocated to the FSB for this task was embezzled, hence the arrest of Sergey Beseda and his deputy, Anatoly Bolyukh.

There are several sources that are collecting information about the Russian operations in Ukraine, specifically to prosecute war crimes when the time is right, but they are also discovering and reporting how widespread corruption in Russian contributes to the Russian failure in Ukraine. Bellingcat, a Europe-based investigative journalism group, reports in English. A Russian investigative group, agentura.ru, banned in Russia, specializes in intelligence and counterintelligence services. Another Russian group headed by Ruslan Leviev specializes in the Russian military. On May 17, Leviev was “arrested” in absentia by Russian authorities; he is now in hiding. Ukrainian security and military services also collect information related to corrupt practices in Russia, and parts of it are made publicly available in Ukrainian and Russian languages.

Many have noticed how some Russian tanks tend to burn ferociously when modern anti-tank weapons hit them. Catastrophic tank destructions are not linked with corruption per se—the T-72 has a serious design defect—but the Russian tank crews are suf¬fering from more than design defects. Experts have noticed how some destroyed T-72 tanks are missing the middle layer of the front armor. The T-72 glacis armor is supposed to have three layers: two rolled-steel plates with a type of thick fiberglass material in the middle. There is a discussion currently among Russian military observers whether the fiberglass portion of the glacis armor was never installed in at least some T-72 tanks, or whether they were blown away when the tanks exploded. The argument of the middle armor plates being blown away is a plausible explanation. Yet, these are large thick plates that shouldn’t vanish without trace even when blasted.

Other iconic images of the Russian war in Ukraine include Russian military vehicles being towed away by Ukrainian tractors. Some of these salvaged hulks have been tanks and armored personnel carriers, undamaged but stranded and abandoned because they ran out of fuel. Others have been wheeled vehicles, such as armored personnel carriers, infantry fighting vehicles, self-propelled guns and artillery vehicles, and trucks. Many of these have been abandoned because they got stuck in the mud during the snowmelt and spring rains. But why could not they drive through the Ukrainian mud? Russian state TV channels frequently broadcast shows demonstrating how the Russian military and off-road vehicles are the best in the world. The thing is, those demonstration vehicles are mounted with expensive Michelin tires, while the vehicles in Ukraine are equipped with cheap Chinese-manufactured tires, most of them not suited for mud and snow. The price difference between the premium Michelin tires and Chinese knock-offs is significant. The funds that were “saved” most likely ended up in the pockets of the tire contractors and defense officials who approved the deal. Incidentally, the list of the defense contractors in Russia is classified secret information.

The state of the personal equipment of the Russian soldiers, their clothing, food, and the medical kit has been so glaringly poor that it even outraged those who are supporting the Kremlin’s war in Ukraine. An instructor from Russia’s special forces university has described in great detail how the medical supplies given to Russian soldiers were utterly useless. In February and March, several Russian soldiers died of hypothermia in the field even though it was not very cold; their clothing was extremely bad, and their heating equipment never showed up. Many Russian soldiers have been forced to forage for food and rob stores and civilians because they have been so poorly supplied. From February through April, those fighting in northern and northeastern Ukraine had to ditch their army boots and acquire rubber boots to try to keep their feet dry. In Russia, civilian relatives of those fighting in Ukraine held fundraising events to purchase personal protection equipment for their loved ones, because the equipment supplied to them by the Ministry of Defense was useless or missing the essential parts. For instance, it has been reported more than once that the body armor jackets given to them lacked armor plates.

It is not that the Russian government does not spend money on all the essentials that are necessary for the Russian army. Since 2014, when Russia embarked on the Ukraine conquest project, enormous amounts have been spent to make the Russian army well-supplied and ready for the war to come. The reports were duly delivered to the Kremlin, informing President Putin that everything was fine and ready. Now Mr. Putin has found out that most of those reports have been false. Has he been surprised by it? Probably not, because he knows the levels of corruption in Russia very well—after all, he has promoted corruption in the country through his associated oligarchs. However, all this brings up an even more important dilemma for the Kremlin—that of Russia’s nuclear armament. As the world has learned since February, Moscow is ready for a nuclear war, and Russia can destroy the United States, the West, and even the entire world if necessary. But is it ready? Most of those 4,000 or so non-treaty nuclear warheads that the Russian government is proud of have been manufactured after the dissolution of the Soviet Union, i.e., during the reign of corruption in Russia. Nuclear warheads need gold, beryllium, and other special metals to work. They have been manufactured by people who believed they were assembling deterrence weapons, that is, the weapons that were not supposed to actually be deployed in battle. If Russian manufacturers and defense contractors steal and short¬change the military equipment that will be used in combat at some point (Russia has fought at least one military conflict every decade since the founding of the Russian state in 1613), would not those who manufactured the weapons that were never supposed to be used be tempted to steal little gold in the process? No doubt, this realization has dawned upon those in the Kremlin who were threatening the world with a nuclear war. A very bad prospect if one launches nuclear warheads and they turn out to be duds—the response may not leave anyone around to negotiate peace.