A Place Where Everyone Thrives 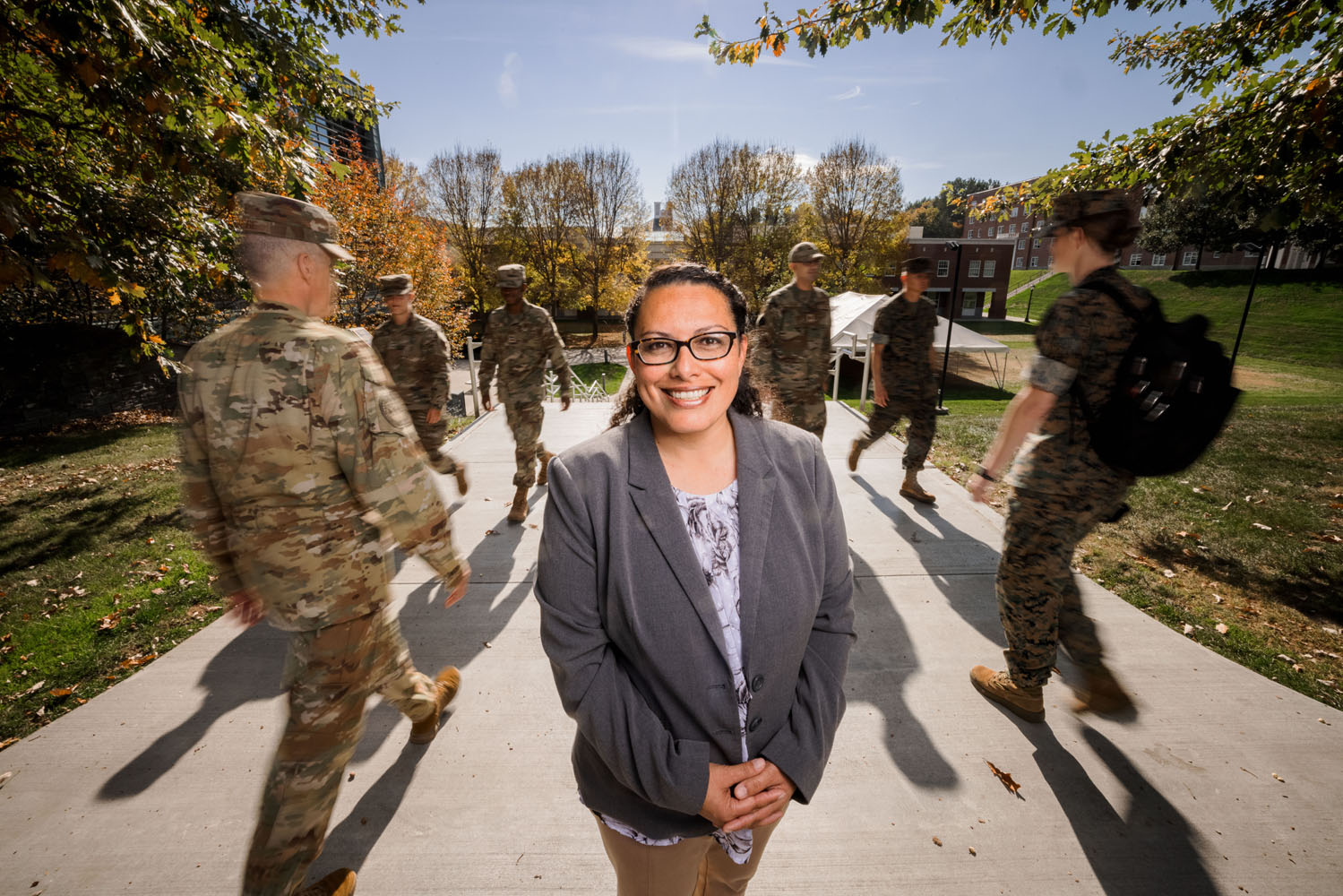 Vice President of Diversity, Equity and Inclusion Dr. Julia Bernard works to empower the next generation of Norwich students

On a recent February afternoon, Julia Bernard, Ph.D., sat in the audience in Mack Hall to see a presentation by retired U.S. Army Lt. Col. Enoch “Woody” Woodhouse, the 95-year-old World War II veteran and Tuskegee Airmen pilot. It was, as Bernard describes it, a once-in-a-lifetime opportunity to hear from an American hero.

“I think the students really appreciated the history lesson, what it was like for him to, for example, get on a train and be told that he couldn’t sit there (because he was Black), even though he had a ticket and he was on his way to serve our country and to help them choose to be better and to know that better things are always on the horizon” Bernard says. Woodhouse went on to graduate from Yale, practice trial law for 50 years, and receive, along with his fellow Tuskegee Airmen, the Congressional Gold Medal from President George W. Bush. “I think that optimistic point of view was very useful to all of them,” she says.

Bernard joined the Norwich staff in July as the university’s first vice president of diversity, equity and inclusion. Part of her role is full-on administration: writing policies and procedures and conducting training and outreach to ensure compliance with federal law regarding Title VI and IX, statutes that protect victims of sexual assault and discrimination and ensure equal access to educational and athletic opportunities for all students, regardless of their gender, physical disabilities, racial, ethnic or religious background. The other part of her job, put simply, is fostering a campus environment where every Norwich student feels welcome and empowered to do their best.

“The more that we can expose (our) students to, the more they’re going to learn, the more worldly they’re going to be,” she says, adding that students build their knowledge base through experience and interactions with different people, people who might not think, look, or act like them or solve problems in the same way. “I think that’s why diversity is so important,” Bernard says. “If we all thought the exact same way and did the exact same thing and had the exact same responses to things, nobody would ever learn anything.”

Bernard, who is bilingual, was born in Mexico and grew up in Southern California. She trained as a therapist, earning her doctorate in child development and family studies. Inspired by the experience of her cousin as a U.S. soldier returning from war, she has worked to support veterans as a therapist and family counselor, serving as a provider through the Veterans Administration or as a volunteer with Give an Hour, a pro bono counseling service for veterans and their families. Throughout her career, she has also taught at the college level, starting at Purdue University, where she completed her doctorate, and more recently at East Tennessee State University.

At Norwich, Bernard says part of her approach is engaging in conversations that allow students, staff, faculty and alumni to share stories about their unique family and community experiences.

“Maybe it’s the therapist in me, but I’ve always believed in cultural curiosity as opposed to cultural competency,” she says. “Every family, every person has their own culture. And you won’t know until you ask the question what their experience is.”

Before a recent videochat interview, Bernard had just come from a meeting of the Athena Society, a campus mentoring organization for female students, faculty, staff, and alumni. Bernard says two members of the NU Alumni Association Board approached her about restarting the lapsed organization, sharing how the society helped empower them as they launched their careers after graduation. Bernard says hearing alumni reflect on what helped them has been a huge benefit.

“Things come and go, but if they were useful, we don’t want them to go away,” she says. “We want to build on that foundation.”

Connecting people and sharing opportunities are one of Bernard’s hallmarks. Recently, she was contacted by Keith Gelinas ’84 and Jon Allen ’94. Both work for Amazon Web Services, the cloud computing innovator, and will visit campus this spring for an event at the School of Business. Explaining their company’s desire to recruit both veterans and diverse talent, the pair asked Bernard if she could organize a student group to hear what it’s like to work for Amazon Web Services and pitch them the idea of interning there. Bernard not only said yes, but put the two in touch with Career and Internship Center Director Meghan Oliver. “They’re trying to … get some more people in there that have some international flavor, because they’re a worldwide corporation,” Bernard says. “This is strategically crucial to what they do.”

It’s an easy win for Norwich students and one that aligns with Bernard’s mission. “How do we best help them as a university move on to their next goal, which is a career?” Or as Woodhouse, the Tuskegee Airman, might put it, find the new best thing on the horizon.