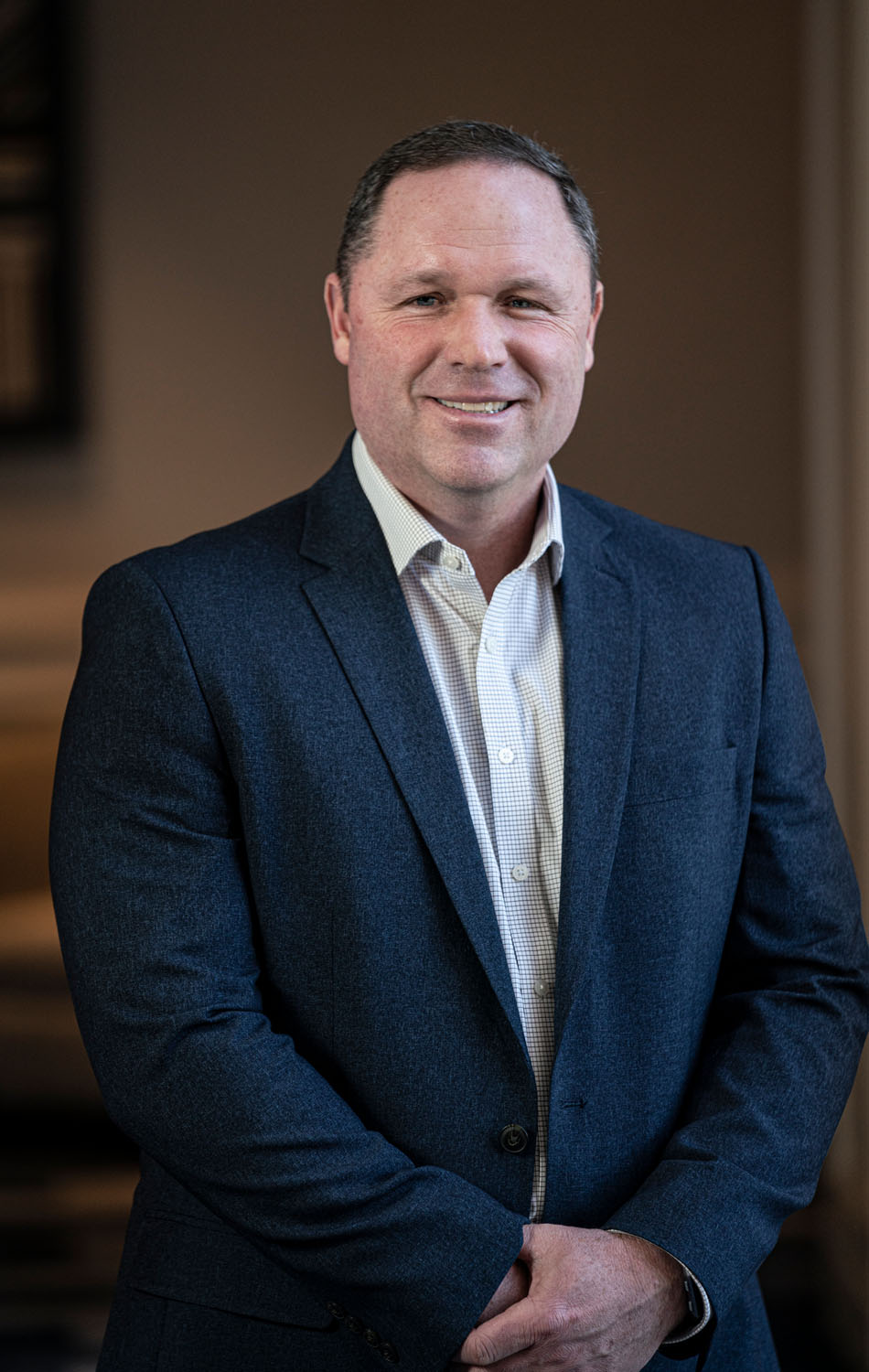 If, like Yogi Berra, the name Hockenbury feels like déjà vu all over again, welcome to the club. In December, Ed Hockenbury Jr., son of legendary former men’s basketball coach Ed Hockenbury Sr., was tapped to be the next leader of the NU Athletic Department.

“The Hockenbury name is celebrated by the Norwich family and remembered with great fondness by the Northfield community,” says Dr. Mark Anarumo, NU president, of his choice to succeed Tony Marino, who is departing his post after 30 years as the director of athletics. “Ed is the perfect leader to help leverage athletics as an integral piece of the Norwich student experience.”

A Northfield native, Hockenbury spent a big part of childhood at Norwich watching his dad coach and playing in Andrews Hall, Shapiro Field House and Plumley (Armory). The chance to return home was always on his radar. When Anarumo called to offer him the job, he says he knew immediately it was the right fit at the right time.

“It’s an honor to be selected for this position, and it’s not a duty that I take lightly in succeeding Tony with the success he’s had and the program he’s built here,” Hocken¬bury says. “This job is a big deal with a lot of responsibility, and there is a family name here that is an important legacy that I want to continue to live up to.”

Hockenbury comes to Norwich from UVM, where he spent the last six years as the associate athletic director for internal operations. He previously served 19 years as a high school athletic director at Essex and South Burlington High Schools.

Hockenbury retains his life-long connection to baseball, coaching all three of his sons through Little League and also helping run the Bases Loaded Bulldogs travel baseball team in Williston, Vermont.

“My favorite thing to do in my spare time is coach,” says Hockenbury, who has coached basketball and baseball teams over the years. “I thrive off having a direct positive impact on young people’s lives through coaching.”

When it comes to Norwich, Hockenbury emphatically states he will continue Mariano’s legacy of fostering the culture of integrity he created during his nearly half-a-century of service to the Hill.

“Nobody loves Norwich and its athletic teams more than Tony Mariano,” Hockenbury says. “I genuinely care about our athletic programs and will look to emulate that. We’re going to compete with integrity and represent Norwich University true to this institution’s core values.”

Make no mistake, however. Hockenbury intends to continue and build winning programs, a focus carried throughout his career as an athletic administrator.

“I’m a competitive person, and we’re going to fight like hell to try and win,” he says.

Hockenbury officially steps into his new role on June 1. However, he has already begun rolling up his sleeves and has made a deep dive into reviewing athletic and student campus recreation facilities. “One of the ways we can make Norwich more attractive and improve retention is by improving our facilities,” he says.

Better facilities will not just benefit student-athletes. “This is for the entire campus community to provide spaces and opportunities for the Corps, academic majors, and the general student population seeking to live an active lifestyle.”

“It’s important what your facilities look like and how your teams do,” he adds. “There is deep value to the DNA of the institution with what we’re doing here on the field and in the classroom, and it’s important for athletics to be a source of pride for the university.”

From the outset, Anarumo has identified athletics as an underleveraged resource and a key facet of the broader educational experience for Norwich students. He has increased investment and elevated the post of athletic director to a cabinet-level position.

“I think that shows his recognition of the importance and value of athletics to the student experience,” Hockenbury says. “He is energetic and positive, and he wants the best for all of the students. He genuinely cares about athletics and wants to see this department succeed.”

Hockenbury says his initial goals are simple: to be known as a hard worker and a team player and as someone who can make things happen. He also wants to avoid labels to ensure that every team, player, and coach feels valued. “I want all the coaches and the athletes to think that their sport is my favorite.”

“I hope that a year from now everyone looks back and says that I was the right person for Norwich.”