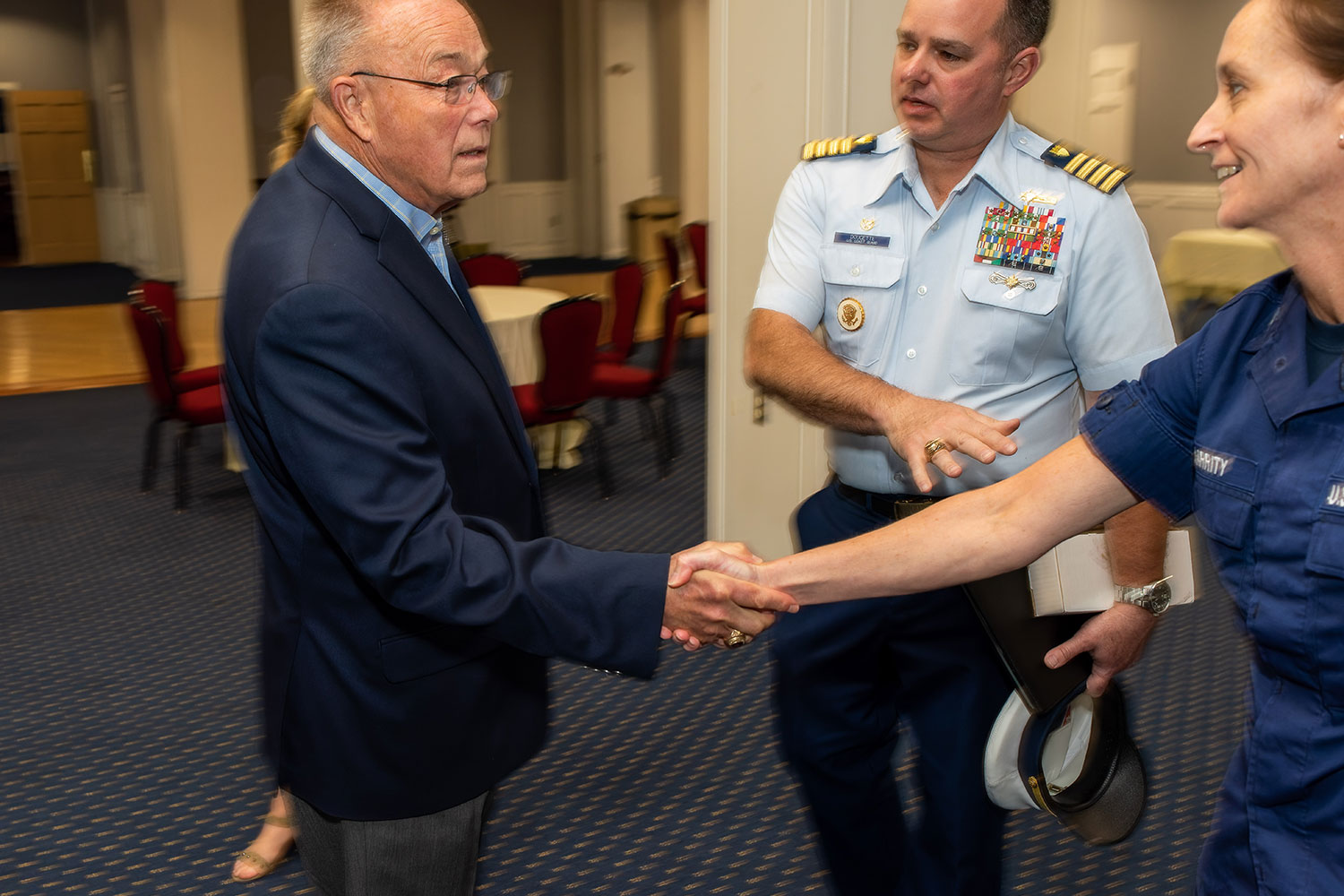 Members of the Class of 1968 have endowed the RADM Richard W. Schneider Coast Guard Scholarship for students seeking careers in the Coast Guard

It started with a gesture of appreciation four years ago. At their 50th reunion, NU’s Class of 1968 named then-President Richard W. Schneider, himself a ’68 Coast Guard Academy graduate, an honorary member of their class.

The three decided “if we’re going to do something, we ought to do something that aligns with his whole career,” Holden says, citing Schneider’s long service in the U.S. Coast Guard, in which he rose to the rank of rear admiral in the Coast Guard Reserve, as well as his 28 years at Norwich.

The idea led to the question: What, exactly, was Norwich’s Coast Guard connection? Closer than expected, it turns out.

“Lo and behold, we find out there have been between 20 and 30 cadets since 1990, who have gone on to have careers as commissioned officers in the Coast Guard,” Holden says.

Unlike the Army, Air Force, Navy, and Marines, which offer ROTC programs at Norwich, there has been no easy path for Norwich undergraduates to join the Coast Guard.

“It’s a very important service,” Hayden says. “A lot of Norwich alums have gone into the Coast Guard. But you can’t stand up at graduation and claim your Coast Guard commission.”

The trio would like to see that change. The place to start, they decided, was by sup¬porting students already at Norwich who aspired to join the Coast Guard, and the obvious way to support them was financial¬ly. Thus, the Rear Adm. Richard Schneider Coast Guard Scholarship was born.

Since its inception, other classmates have joined in. Hayden says they have exceeded their initial fundraising goal and Norwich has approved it as an endowed scholarship. “We agreed on the criteria for selection, and we’ve awarded our first recipient.”

The goal now is to grow the scholarship, while administration staff explore ways to offer a direct path to the service via the Coast Guard’s Auxiliary University Pro¬gram.

“We see the scholarship as a first step in formalizing a Norwich-supported path for a cadet to become a Coast Guard officer,” Briggs says. “We’re building a path not only for students already at Norwich, but also for Admissions. They can say, ‘You’re interested in the Coast Guard? We’ve got a scholarship for you.’ It opens up admission opportunities. Norwich can say it is providing a way to serve your country in another force, which is the Coast Guard.”

Thanks to their leadership, the Class of 1968 satisfied their desire to do just a little more for President Emeritus Schneider.