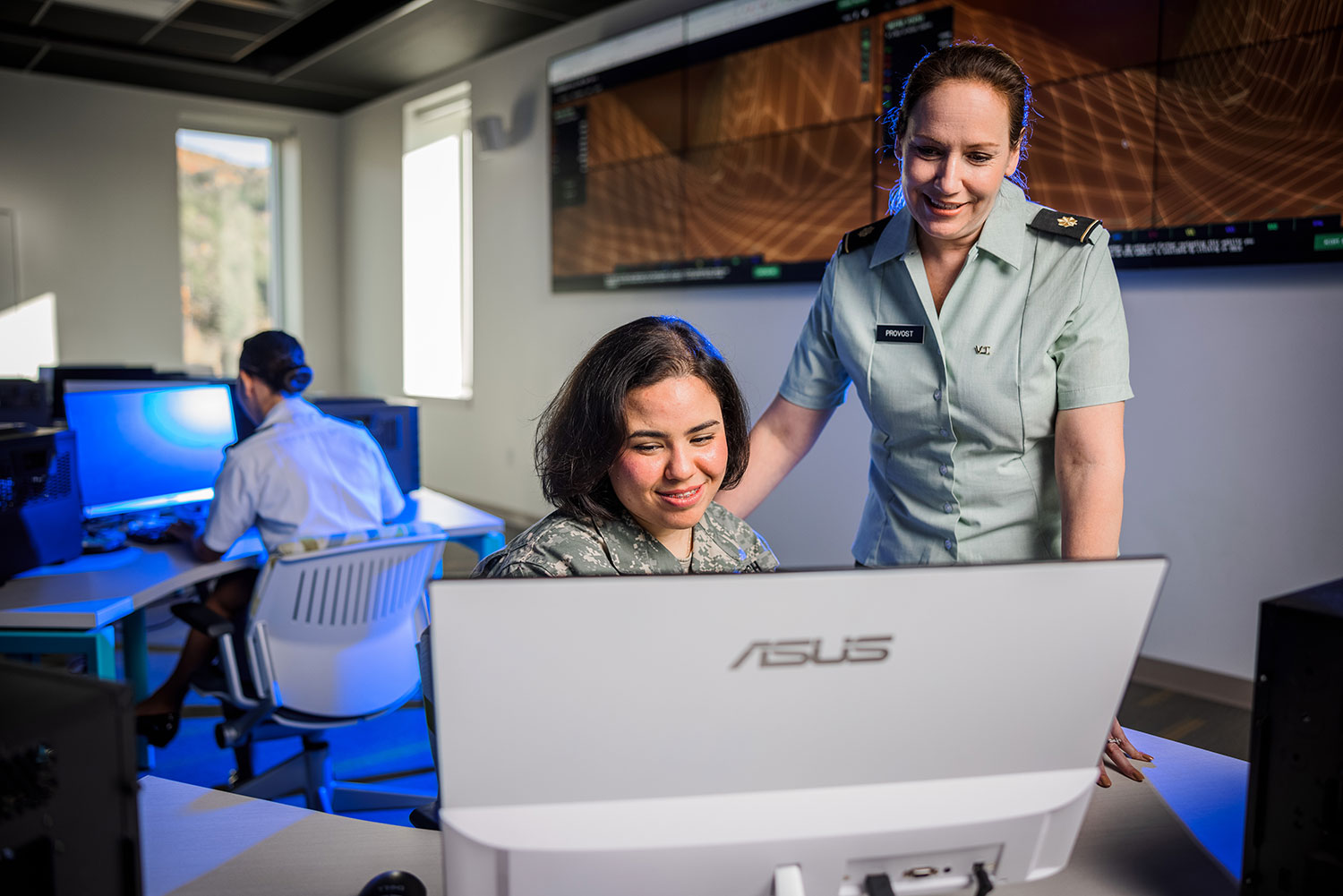 The country needs all the cybersecurity talent it can get. It also needs a more diverse, equitable, and inclusive cyber workforce, Assistant Professor of Computer Science and Cybersecurity Dr. Lauren Provost says. After all, when it comes to cyber, DEI is a superpower. It not only broadens the talent pool, it boosts competitiveness.

“The diversity of thought in problem-solving is to me the most critical piece,” says Provost, who serves on the NSA’s Science of Security Group. “If we don’t have a wide array of talent, we don’t have those different ideas. And one of those ideas just might be the solution that we’re looking for.”

That need extends to leadership. “We still have some of the current problems in industry, where there’s some lack of (diversity) in leadership. And when that happens, ideas from the nonleadership level can get lost and not necessarily valued.”

With that in mind, Provost is mentoring the next generation of cybersecurity and computer science majors at Norwich. Since joining the faculty of the School of Cybersecurity, Data Science and Computing in the fall, she has taught courses in data structures and information assurance, launched a Women in Cyber student club, and worked with two undergraduate research interns (both women) on projects involving ethical hacking and the security of cloud container data storage.

Provost is also collaborating with the school’s Defense Department-funded Cyber Institute on outreach to K–12 schools to foster path¬ways for future careers in cybersecurity, something she has experience with as an educator and as policy advisor at the state and national levels.

As a first-generation college student herself, Provost knows that talent doesn’t discriminate by ZIP code, gender, or race. But talent does need support.

Provost arrived at college as a freshman not understanding financial aid or knowing what a major was. But talent and luck prevailed. She excelled at math and her local college was the University of Texas at Austin. “What I didn’t realize was, I was at a top 10 school at the time,” says Provost, who double majored in math and computer science. “That department was … very focused on supporting me and did everything they could to support my success.”

At Norwich, Provost looks to return the favor. “I see support from faculty to students every day at Norwich.”