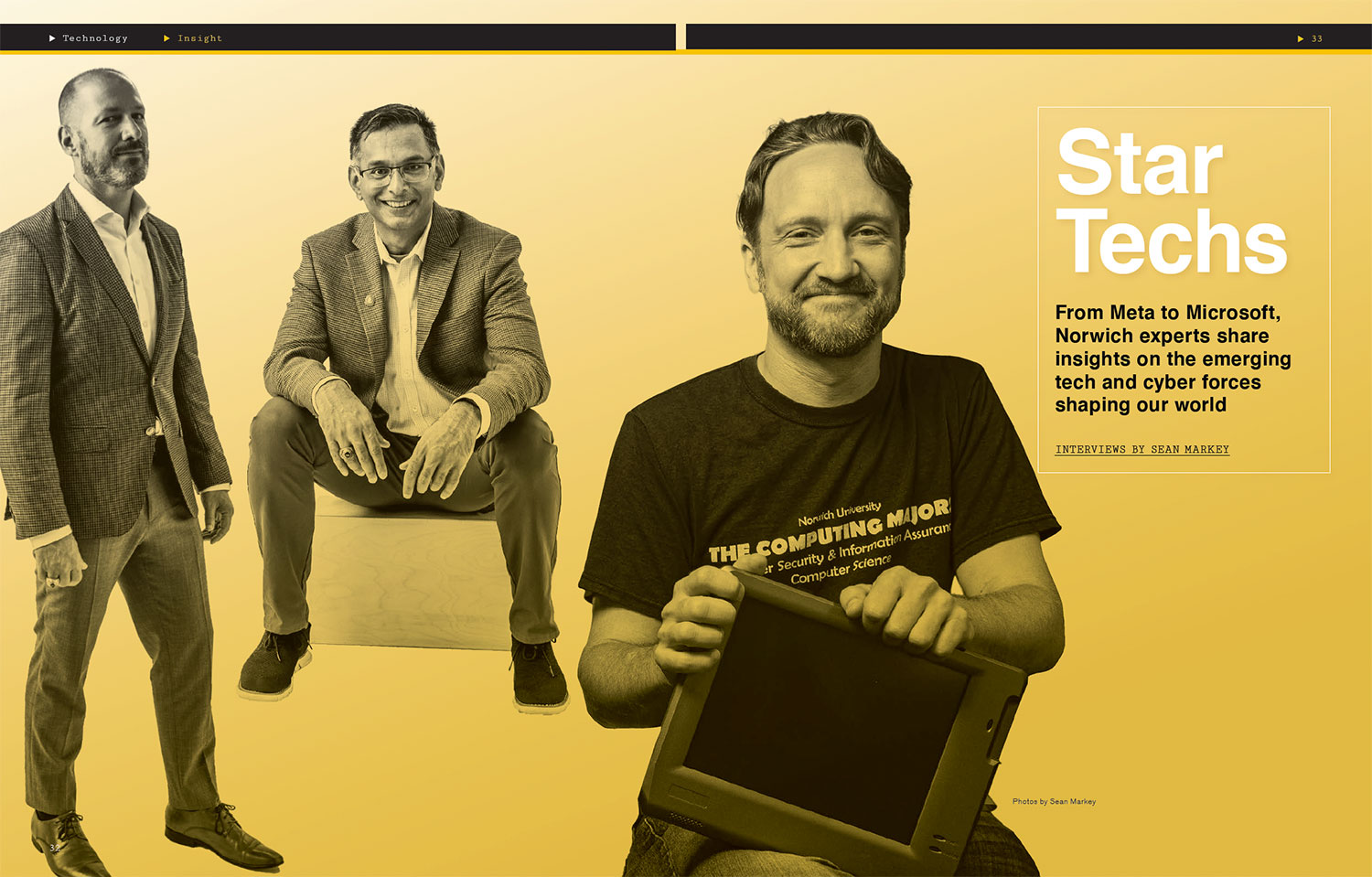 Supercomputing skills and capability once required a mainframe or a big computer on the ground. In my company now, we’re putting that in a container smaller than a shoebox and putting it up on an airplane to do edge computing. We’re crunching numbers using highly advanced algorithms with sensors right there on the edge of the battlefield or up in space. Now we can start to analyze data right at its collection point — in a satellite, for example, rather than send it down to a data center, which takes a big pipe and requires a lot of infrastructure, time, and money. This is a big change.

Right behind that is neuromorphics. That’s the ability to mimic the way the brain and the synapses in the brain process data and starting to do that on a computer at very, very low power. Think about how little the brain weighs. Three pounds. Think about the amount of data it collects and processes from the sensors in our body. It does that with no electrical power. It’s all done by chemical reaction. Our brains store all this data and allow us to use it. How do we mimic that capability to develop an exceptionally low-power supercomputing capability? There are several companies that are building chips like that right now. If you want to do processing at the edge, there’s usually not a lot of power available, especially in space. (Think of “Apollo 13.”) Neuromorphics allow you to do this.

It’s funny. I recently sat down with my team just so that we could ask ourselves, What does the world look like in the 2030s? We spent two days analyzing the 2030s from our perspective — a DoD perspective, but also commercial industry. What are the Elon Musks, the Jeff Bezoses, the Zuckerbergs of the world doing? We want to understand where the world and technology are going in order to make smart decisions and the right investments now so that in 2030 we have things ready to go.

Many of us believe that quantum computing is probably coming sooner than we think, in the next 10 years or so. That’s going to fundamentally change the way we not only compute, but the way we encrypt data and our ability to encrypt data. You’re going to start to see some really advanced quantumlike capabilities debut here in the 2030s. You’re also going to have a lot of unmanned systems out there. We already have self-driving cars. We’re going to see self-driving airplanes, unmanned aircraft, unmanned surface vehicles, unmanned undersea vehicles.

The reality is commercial technology is going to far outpace anything we ever do in the DoD. The rules are different in commercial. They’re going to push to the edge as far as they can, hopefully making smart decisions on building security. Today everybody is talking about building in security to protect civil rights, to protect people from exploitation, to protect corporate or medical data. People are definitely much smarter. But there’s a whole other group of people, the bad actors, whose job in life it is to take a look at that technology and break it. There’s going to be some risk. But I’m of the opinion let’s go for it and manage the risk along the way, because I think exciting things come out of it.

An electrical engineering major and former Air Force pilot, David Toomey manages the U.S. Air Force account for SRC, a nonprofit research and development company that supports the Defense Department. He is a member of the Norwich University Board of Fellows for the School of Cybersecurity, Data Science and Computing.