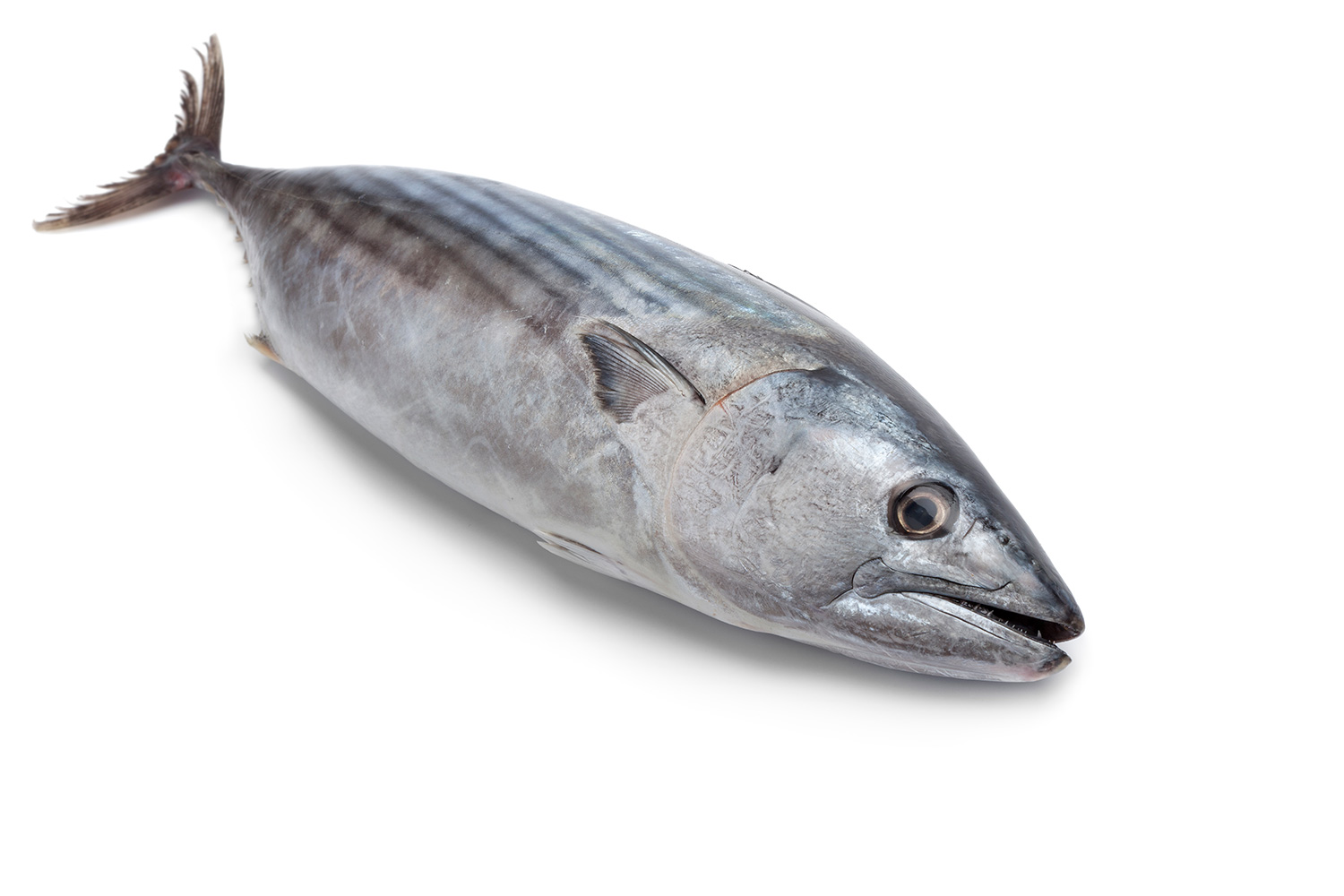 A true story of Norwich Night on Broadway, Parent and Family Weekend 1997, and culinary misadventure

Werner Klemperer’s voice on the other end of the line was distinctive, raw and dynamic. “Driver! How the [expletive] hell are you?”

“Werner,” I said to the man who was known as Colonel Klink on the 1960s television show Hogan’s Heroes, and who was the son of the world-famous conductor Otto Klemperer. “Great to hear your voice. How are you?”

Lots of expletives filled any conversation with Werner Klemperer, but he was always warm, and friendly, and the rest just seemed to spew out naturally—almost matter-of-factly. I am sure that those closest to him heard more of the same playful banter that I did on his calls. Werner started referring to me as “Driver” during the 1997 Parent/Family Weekend appearance that he and his wife, the actress Kim Hamilton, attended at Norwich University. I don’t recall him once calling me by my name. It would have seemed awkward if he had.

Werner and Kim were introduced to Norwich a year before at Sardi’s Restaurant in New York City when our mutual friend and restaurant owner Vincent Sardi invited the couple to be special guests at one of our “Norwich Night on Broadway” events.

The reception and dinner preceded a performance that evening of A Funny Thing Happened on the Way to the Forum, starring Nathan Lane. It was memorialized in a superb photo from the reception with NU trustee Gen. Gordon R. Sullivan ’59 (USA, Ret.); NU Pres. Richard W. Schneider, RADM USCG (Ret.); and, of course, Colonel Klink.

Werner once told me that Klink’s monocle—a prized artifact from the show—had been stolen and never replaced. So, after his remarks to the group, I presented him with an elegant eyeglass magnifier that looked much like the famous monocle as a gift. When he raised it to his eye, Werner reverted immediately to Klink, playfully giving me some orders before grabbing my head in his massive hands and kissing me square on the lips.

In the mid-1990s, it was hard to imagine that a television show about a bumbling Nazi prison-camp commandant and U.S. prisoners single-handedly winning the war had ever made it to television. It was a regular question that Werner fielded effortlessly as a sign of the time in interviews.

He was much more candid in private.

“It was a [expletive] TV show, for Christ’s sake!” he told me. “And it plays in syndication all over the world, including in Germany since 1992. Everyone knew we were making a [expletive] farce, and it was a hit!” he said, adding, “John Banner [Schultz] was a lovely, lovely man. Just like you see him on the show.”

Decades after the show premiered, Norwich University’s Corps of Cadets marched to the Hogan’s Heroes theme song. But as times and attitudes changed, they dropped it in the early 1990s in favor of a more traditional military march.

By the time the 1997 Parents/Family Weekend rolled around, the significance of the television theme song was a distant memory.

After Werner and Kim addressed a standing-room-only talk for parents and students about their careers, they joined the Sardis and rode onto Sabine Field during halftime of the football game in an Army Jeep. Werner, who had appeared with many of the finest orchestras in the world as guest orator and conductor, took the baton from director Jim Bennett, stepped to the podium, and conducted the Norwich Band in what may have been the final performance ever of the Hogan’s Heroes theme.

Following the game, I invited the group to my log cabin for cocktails before dinner that evening at a nearby restaurant. It was then that Werner noticed a large collection of books on the life and career of Buster Keaton. I told him that I had been working on a musical treatment of Buster’s life, had outlined the story, written a few songs, and was in the process of putting the show together.

Werner was interested. He pulled up a chair next to the piano and asked me to play some of the music on the spot. I offered to play a couple of recordings, but he insisted on hearing the songs live.

“What the [expletive] are you afraid of?” he said. “We’re all friends here.”

So, I nervously sat down at the piano and played—and sang—three songs from the show with a brief commentary to set the scene for each one. I gained confidence as my fifteen-minute impromptu performance progressed, but not enough to feel at all comfortable.

When I finished, Werner looked at me and said, “That’s very nice. I think I may know someone who could help you.”

And with that as the final word, we took the short ride to a new restaurant for dinner. I had not identified our guests in advance on Sardi’s advice. He was more at ease without preferential treatment at local restaurants and wanted to avoid any issues that might arise from Werner’s popularity. It was going to be a quiet, friendly dinner after a long day.

We were seated in a secluded area of the restaurant at a large table and assigned a waiter in his late teens who welcomed us to the new restaurant’s—and his—first Saturday night.

After drinks were served, the waiter began to take entrée orders from steak and chops to seafood.

Hovering over his menu, Werner asked about the tuna.

“The tuna is very fine, sir,” the waiter said.

“I have found,” Werner said, “that for tuna to be exceptional, it must be served very, very rare. Can you do that?”

When the waiter left, Werner expound¬ed on his views about tuna, and the many places he had been served the dish around the world, and then complimented Vincent on the glorious dining experience that he always had at Sardi’s. The conversation drifted off to other topics over salads and more wine until the table was cleared for the main course.

The waiter began to serve everyone else before Werner. As he placed the entrée on the table, all eyes turned to Werner, who stared down in disbelief.

There, placed mournfully in the center of the plate, was a small, charred mass that looked more like a scorched piece of beef than fish.

Werner crossed his hands at the edge of the table, still looking down at the plate, his thumbs pressing together as if to pump the next words that he was about to say.

“Does this look like rare tuna to you?” Werner continued.

“Ah, yes?” the waiter said, not at all confidently.

Sitting back in his chair, crossing his arms and looking directly at the waiter, Werner asked quizzically, “Would you eat this?”

It was then that things took an ominous turn.

The waiter, thinking that Werner was directing him, picked up a fork, hacked off a piece of the tuna and took a big bite.

I wanted to crawl under the table. Everyone else looked on in astonishment.

Werner, however, remained still, calm¬ly watching as the waiter chewed and then swallowed what must have been a very dry mouthful of tuna.

Our conversation a few days later began something like this:
“Hello,” I said.

Werner Klemperer’s voice on the other end of the line was distinctive, raw and dynamic. “Driver! How the [expletive] hell are you?”

“The whole world is going to [expletive] shit, but what else is [expletive] new?” Werner said. “And I have told a hundred people about the rare tuna story.”

“Destined to be a classic,” I said.

“I am sure he meant well, the little [expletive][expletive]! Say, Driver,” Werner continued. “I have someone I’d like you to call. His name is Jimmy Karen and he has been a friend of Buster’s forever. I just got off the phone with him and told him about your project. He said to give him a call. Here’s the number.”

Within an hour, I was speaking with the renowned film and television character actor James Karen, who in the next hour put me in touch with Buster’s widow, Eleanor Keaton, which began an unforgettable yearlong friendship—a breakthrough moment for the project.

Some people say that you need to make your own luck. I’d rather think that what we perceive as luck in life is really the combination of inspiration, passion, and the kindness of strangers all intersecting at a precise moment.

This essay by writer, Chicago broadcast veteran, and Northfield native Ed Tracy P’02 appears in his new book Gorilla in the Room (Koehler Books, 2021), a collection of essays, reflections, and dramatic dialogue exploring his experience surviving cancer, life lessons, and personal friendships, including Norwich staff George and Ann Turner and John Evans and alumni Robert Johnson ’60 and Jason Segal ’60, among others. An Emmy Award–winning television host and Norwich University Board of Fellows Medallion recipient, Tracy worked in the development office at Norwich for nearly 13 years starting in 1989, where he helped complete three capital campaigns, cofounded the William E. Colby Military Writers’ Symposium, and produced Cadets’ hockey broadcasts on radio, television, and the internet. Tracy later moved to Chicago to serve as vice president of philanthropy at the TAWANI Foundation and concurrently as the founding executive director, and later president, of the Pritzker Military Library, hosting the library’s award-winning author and Medal of Honor interview programs for nine years. He currently hosts the Chicago-based arts and cultural series CONVERSATIONS with Ed Tracy and contributes theater reviews and commentary at PicksInSix®. Tracy is a member of the American Theatre Critics Association and the American Society of Composers, Authors and Publishers (ASCAP) and lives with his wife, Denise, in Michigan. His daughter Amanda ’02 is an NU honors graduate.