A Love for the Game 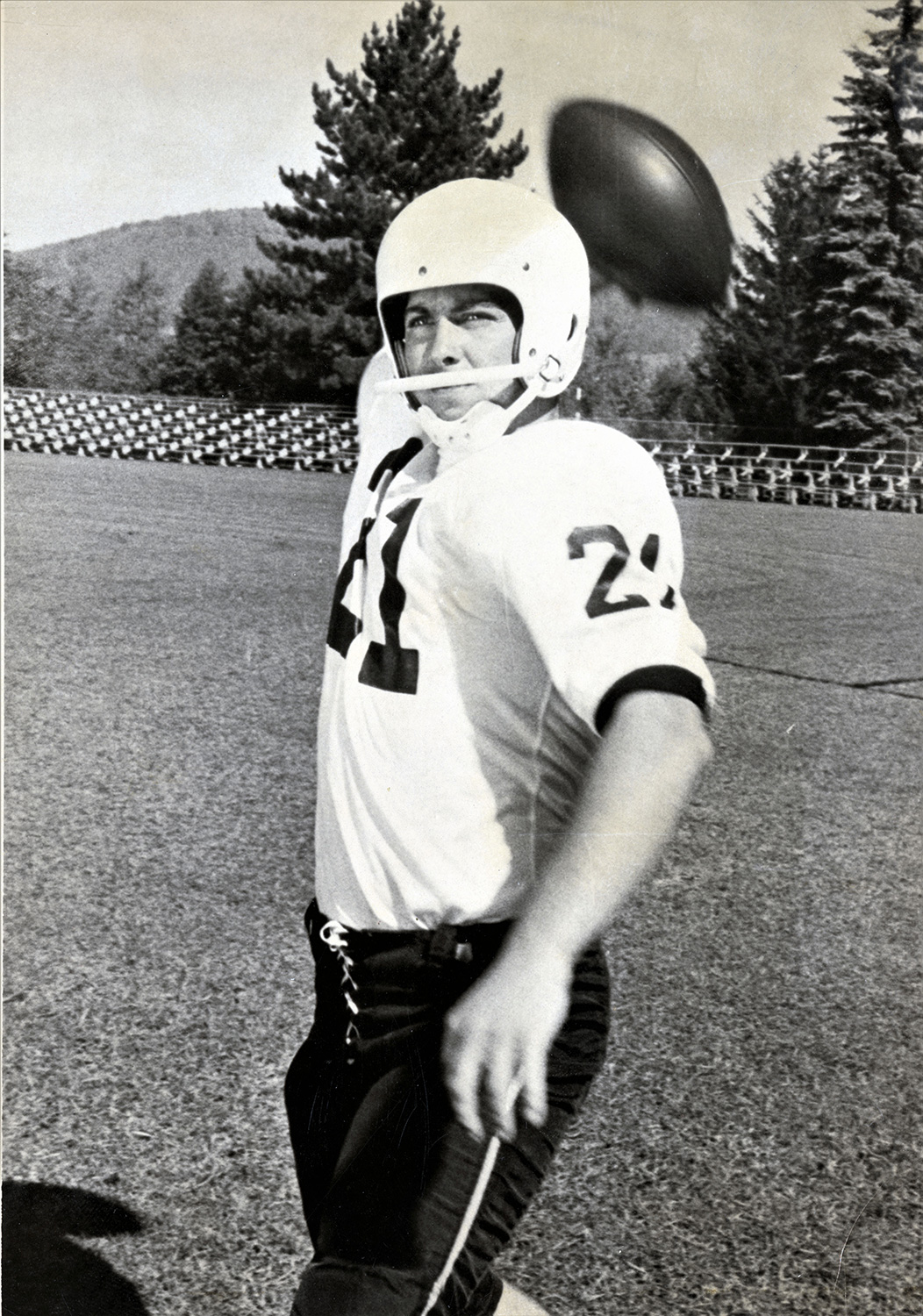 “Success is a journey, not a destination,” says retired high school football coach Burt “Larry” Marsh ’65, speaking by phone from his home in Port Charlotte, Fla.

A former standout quarterback at Norwich, Marsh taught high school English and coached repeat state championship football teams in Connecticut and Florida for 55 years. As journeys go, his trip as a successful football coach has, indeed, been a long one.

Things didn’t start that way. “My first game as a head coach was a shutout: 72-0,” he recalls. While his team lost, two years later they beat the same opponent.

Time and again, Marsh has rebounded from the setbacks handed him by the game and by life. An English major and academic high achiever at Norwich, Marsh was expelled from the Hill at the end of his junior year after he participated in the notorious 1963 “panty raid” at Vermont College.

The following fall, instead of returning to the gridiron on Sabine Field, Marsh and his fiancée, Debbora, spent a day in Boston. Crossing a Charles River bridge at midnight, they heard screams as a woman attempting suicide jumped into the water. Marsh ran to the end of the bridge and dove into the cold, black water. Submerging several times, he eventually felt the woman’s hair and pulled her to the surface as she struggled against him, saving her life.

When Norwich president Maj. Gen. Earnest Harmon learned of Marsh’s heroism, he readmitted Marsh to Norwich. The NU senior never looked back, leading the cadets to a 5-2-1 record and returning to the dean’s list.

“The lessons I learned throughout my career began at NU,” he says. “The school teaches a person how to overcome life’s adversities. I really do believe that NU is all about its motto, I Will Try.”

After graduation, Larry spent five years playing semi-professional football in the Atlantic Conference League, where he gained a reputation for his prowess at throwing a football and his ability to teach high school quarterbacks the mechanics of throwing a football. For five summers, Marsh spent two weeks coaching young QBs at a sports camp with legendary NFL quarterback Joe Namath.

But Marsh says his proudest career moments lie elsewhere. “My biggest coaching thrill was coaching my sons, Greg and Glenn; [Glenn] is still coaching.” Others include his back-to-back Connecticut state championships at Newington High and “still hearing from those players, as well as players from my Florida state champion team at Tallahassee Rickards.”

Marsh says he’s also that proud that seven of his assistant coaches have become head coaches over the years.

“Many people ask how and why have you coached for so long? I tell them the answer is simple. It comes down to one thing: my love of the game,” he says.

“My hope and goal is that I played a small part in kids’ lives.”