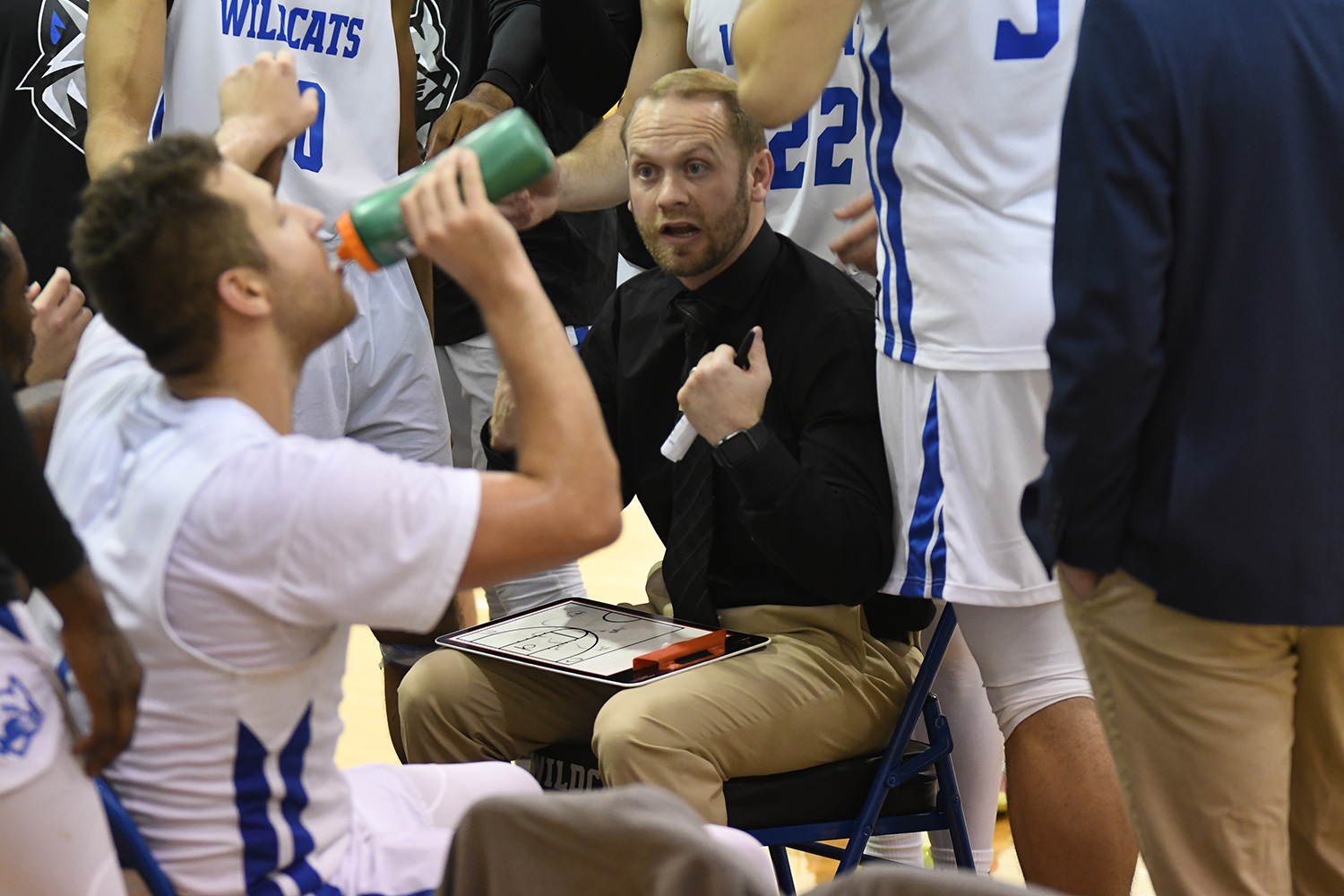 To understand the type of basketball player and athlete Geoff Hensley ’06 was as a Cadet, veteran head men’s basketball coach Paul Booth likes to tell a story.

Once, during a game, Hensley shot consecutive three-pointers deep outside the paint. Booth called the next play to give his lead guard with the hot hand another three-point scoring opportunity. The team ran the play, and Hensley got the open look his coach planned for. But his star player dished the ball to a teammate under the hoop for an easy, two-point layup instead.

Booth threw his hands in the air, his gesture asking what happened? As Hensley ran past the bench, he told his coach matter-of-factly that if he didn’t get the other players involved, their team wasn’t going to win.

“That was Geoff in a nutshell,” Booth says. “He was very focused on the outcome, very work and team oriented.” “I have loved the game since I started playing organized basketball in grade two,” Hensley says today.

Growing up in the Buckeye State, he tried to emulate the work ethic of his father, a long-standing member of the PGA in southern Ohio. Hensley went to the gym often, spending countless hours trying to perfect his game.

He was a senior in high school when 9/11 happened. “It triggered something in me,” he says. “I wanted to be the guy that could help prevent something like that from happening on U.S. soil again. So, I made the commitment to Norwich, which was a perfect fit from an athletic and military standpoint.”

Hensley arrived and immediately changed the fortunes of the program. While the team had talented players on its roster, they had won just six games the year before Hensley arrived. With his standout work ethic and coachability, Hensley earned himself a spot in the team’s starting lineup in his very first game as a freshman.

Sparked by his long-range shooting ability and leadership on the court, the Cadets reeled off a 73-37 (.664) record across Hensley’s four seasons. His career culminated in back-to-back Great Northeast Athletic Conference titles in his junior and senior campaigns and three GNAC All-Conference First Team selections.

“I was amazed when he shot the ball,” Booth says. Especially when Hensley missed—it was such a rare event. “He was one of, if not the top shooter I’ve ever coached here at Norwich.”

Today, Hensley remains atop the Cadets career leaderboard in three-pointers made (291), free throw percentage (.872), and assists (472), while ranking prominent¬ly across several other categories. Given his personal success on the court and his team’s achievements, it is easy to see why he’s being inducted into the Athletic Hall of Fame this year.

“It really was an unbelievable run,” Hensley recalls. “For the NCAA Tournament game, we had the Regimental March Down, and there was literally standing room only. I would say it rivaled Duke home games—where the fans are literally on top of the opponents, and the gym is so loud you can’t hear anybody. It just made for an unbelievable college basketball environment.”

After serving for four years in the Navy on two separate tours, Hensley’s passion for the game of basketball ultimately led him back to the court as a coach. He spent four years as an assistant coach at Springfield College and Centre College, then landed his first head coaching position at Thomas College in Waterville, Maine, in 2014.

It was there that Cadets head coach Booth ironically found himself on the opposite end of his former all-star player’s competitive fire. Squaring off twice against Hensley’s teams, Norwich was lucky to come away with a victory, Booth says.

“The first game was a very good game, and we were able to squeeze out a last-minute victory,” Booth recalls. “The following season, Geoff put the boots to us. But I was proud to see what a great job he was doing impacting kids’ lives.”

Hensley is now heading into his fourth year as the head coach at Pennsylvania College of Technology in Williamsport, where he guided the team to its first playoff appearance in the North Eastern Athletic Conference in 2019–20.

“I always believed that anyone could do anything they wanted in life,” Hensley says. It’s a mantra he embodies daily as a coach, pushing his players to become better men on and off the court.