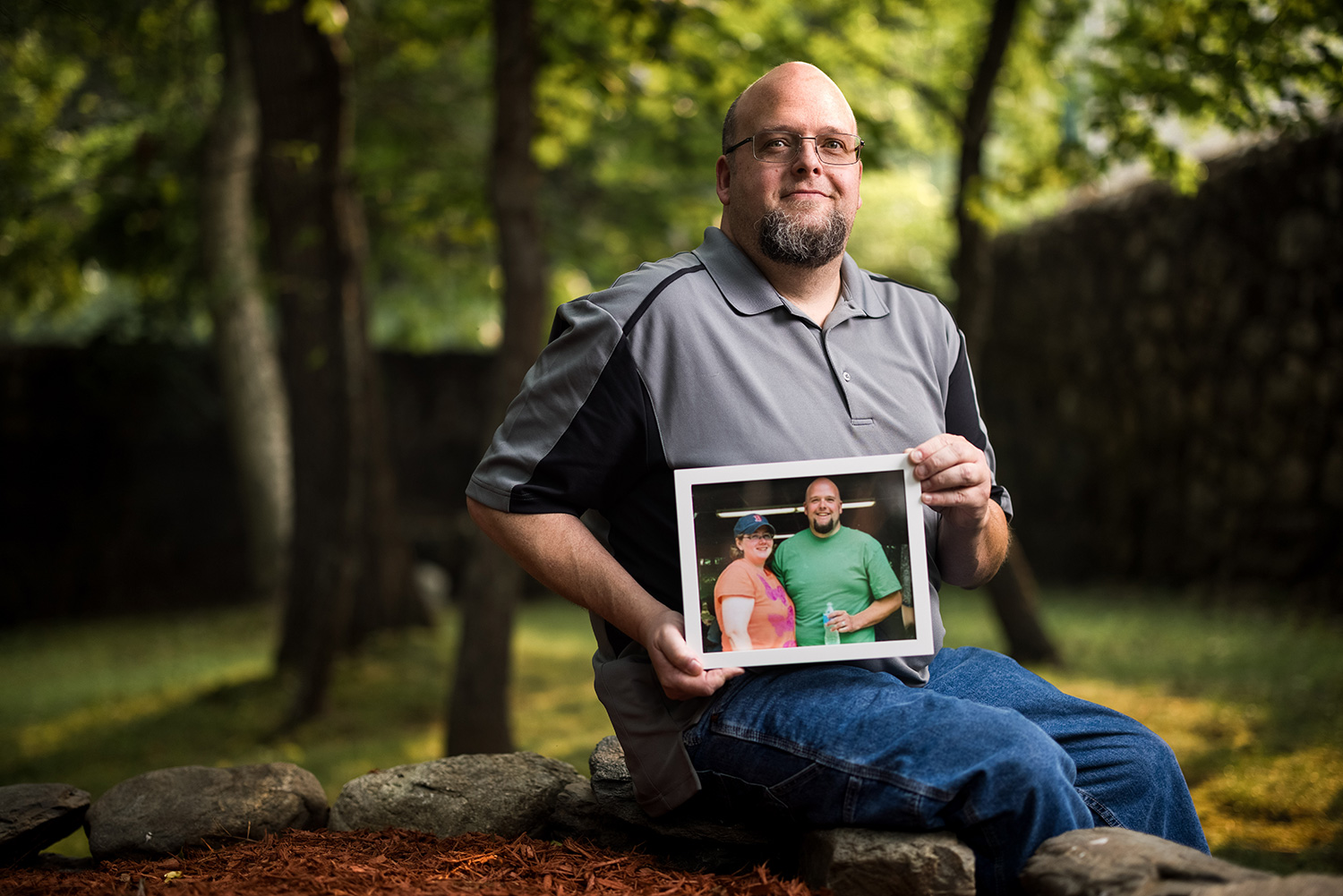 As a partner, friend, and alumna, Amy Dunn Veilleux ’01 & M’07 exemplified the best of Norwich. A new scholarship in her name will help students access the Norwich education she so valued.

Whenever there was a Norwich event in the Boston area, Amy Dunn Veilleux ’01 & M’07 was likely there, enthusiastically waving the Class of 2001 flag. Earning her bachelor’s in criminal justice and master’s in justice administration from Norwich, Amy went on to have a career as a TSA inspector. Over the course of two decades, she maintained a deep connection with her alma mater and an appreciation for her Norwich education.

“Amy truly loved Norwich,” says her husband, Ed Veilleux. “She checked out multiple schools, and she said that within 15 minutes of starting to walk the campus that Norwich was where she wanted to go. She just loved the whole feel of it. She always said that some of the best times of her life were at the school.”

“Four months after her passing, I’m still getting text messages and emails from her Norwich classmates making sure I’m OK. That’s the type of bond [Amy] developed with her classmates—that they’re still checking up on me.” ED VEILLEUX, WIDOWER OF AMY DUNN VEILLEUX ’01

“Amy was the perfect example of what a Norwich graduate could be,” says friend and classmate Liz Kennedy ’01, who serves as vice president of development and alumni relations for Norwich. “She kept in touch. She lived our values. She went to events in her local area. She contributed annually. That’s what we ask of our graduates, and she is a perfect example.”

Now other students will have the chance to follow in her footsteps and have their own memorable experiences at Norwich University. After Amy passed away in early 2021, Kennedy and some other classmates, with Ed Veilleux’s support, set out to establish the Amy Dunn Veilleux ’01 Drill Team Scholarship in her memory. The scholarship will be awarded each year to a member of the Norwich University Regimental Drill Team, of which Amy had been a proud and valued member.

The initial goal is to raise $50,000 to endow the scholarship in perpetuity. “Especially in a time like today, I believe that the world needs more Norwich graduates,” Kennedy says. “This is a way to make that possible and to honor Amy’s legacy at the same time. It’s an investment in the next leaders we put out into the world.”

Ed says his late wife, who had modest means as a student, would appreciate these efforts. “She was able to go to school because of other alums paying it forward,” he says. “After she graduated, she always donated to the school what she could. She always wanted to help other kids who needed it the most.”