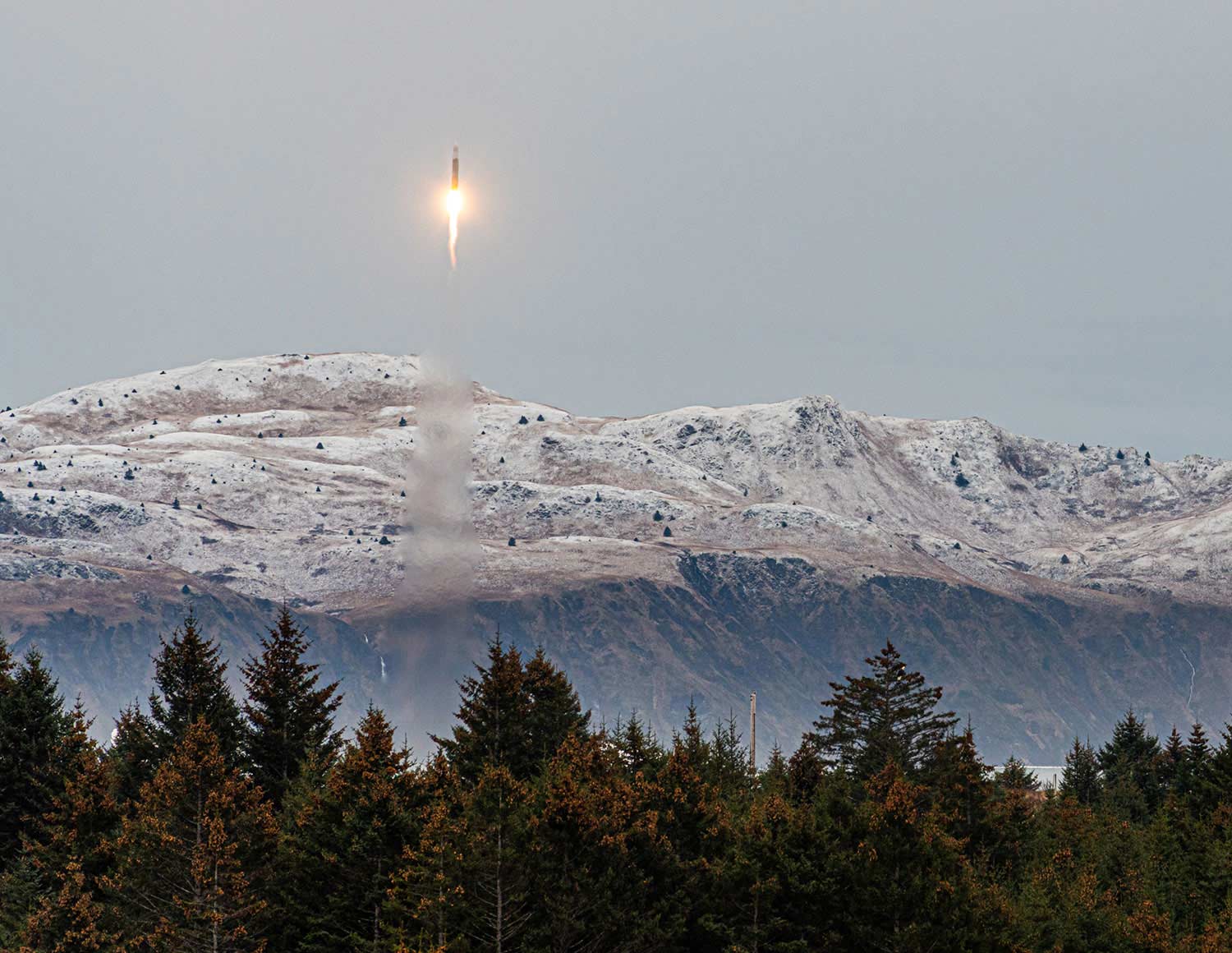 The Alaska Aerospace Corp. rocket man helps the Frontier State diversify its economy by reaching for the final frontier

I’ve always loved the space industry, and I’ve been doing space most of my career. I was fortunate to go to Norwich on an Air Force scholarship to study electrical engineering. The Air Force sent me to Falcon (now Schriever) Air Force Base near Colorado Springs as a cadet one summer to take a look around. The only thing I knew about space, at that time, was you could be an astronaut. I can remember it like it was yesterday, talking from Colorado to the ground station in Thule, Greenland, doing what we call a “contact” with the satellite, checking its health and making configuration changes. It really opened my eyes. “Wow, there’s a lot there you can do in space,” I realized. I started off in Air Force Space Command, operating GPS and other satellites. I also did engineering analysis and later earned my master’s degree in space operations engineering.

Alaska Aerospace Corp., where I work today, is a state of Alaska public corporation. The organization was developed back in the early 1990s to diversify Alaska’s economy into the aerospace industry. We’re one of only four places in the U.S. that you can go to orbit with a vertical rocket. The company has been launching from Kodiak Island since ’98, but it’s really a new industry on the commercial side. I joined the company as president in 2018. I’m based in Anchorage, but our spaceport — called the Pacific Spaceport Complex–Alaska — is about a 45-minute flight south on Kodiak Island.

Governments and companies used to launch a satellite and expect it to be useful for five, ten, fifteen years. These satellites were exquisite engineering articles — multimillion-dollar, sometimes billion-dollar systems, designed to last for a long time and do a lot of things. Today, we’ve really seen a shift to small satellites and CubeSats, which are the size of a toaster oven or a microwave. You build a satellite, and maybe it lasts 18 months. It’s like our phones. We get a new smartphone about every 18 months or two years, and we refresh that technology. If we can lower the cost of the launch and lower the cost of a satellite, then we can have this refresh of technology much quicker in orbit, as well. That, in turn, drives more satellites being launched, making the industry more dynamic and vibrant.

Spaceports today are akin to what airports were in the 1920s and 1930s. I find that really exciting. There’s no playbook. Every day has new challenges. It’s exciting and a great time to be a professional in this great, growing industry. Especially now, when we see this renaissance of new space companies like SpaceX, Virgin Galactic, Blue Origin, Astra, Rocket Lab, and others. It’s inspiring to see the pace of progress. I am crossing my fingers we can get to Mars while I’m still around. How do we bring humans to another planet? But space also is still very much about, how do we make life better on Earth? We use GPS satellites to navigate. We use satellite images to understand what’s going on in the world, tracking polar ice and the weather and so on. Space is also about, how do we explore? How do we then transport faster around the Earth? I think that’s one of the next exciting pieces. We talk about FedEx being fast. But wait until space travel happens.