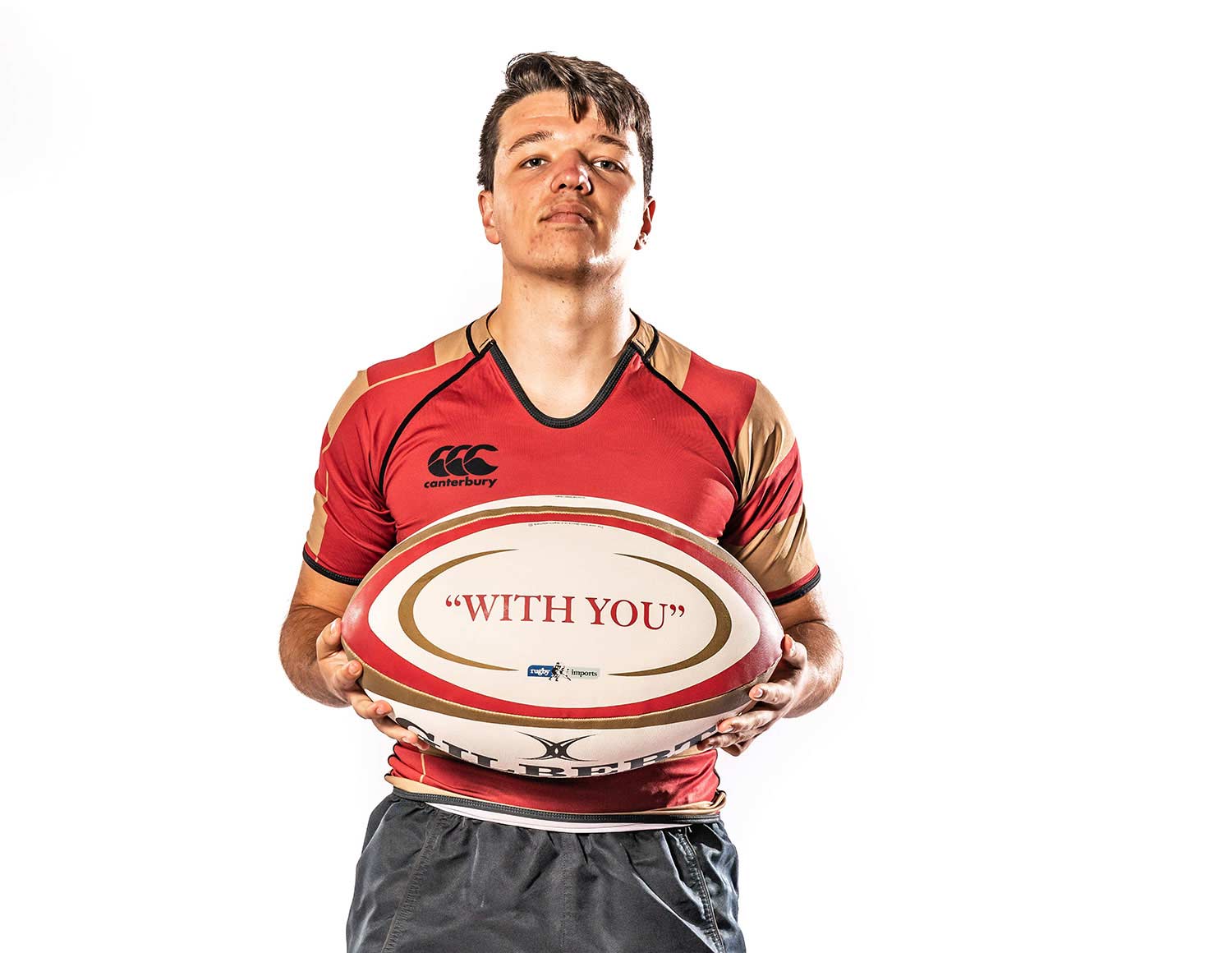 Earlier this year, some 950 Vermont Army National Guard members deployed to the U.S. Central Command for missions in Europe, Africa, and the Middle East.

Among them were five student-athletes who traded their Norwich maroon and gold athletic jerseys for U.S. Army uniforms. Noah Cook ’21, Ricky McMahon ’21, Tom Kiernan ’21, Jon Grasso ’21, and Travis Hughes ’24 will all be serving overseas for the next year.

Cook was among the first to depart campus in early February as part of Task Force Avalanche. The Oakdale, Conn., native had a hand in the recent, breakout success of the men’s rugby team. He helped the varsity program to a Rugby Northeast 15s title in fall 2019 and an appearance in the USA Rugby 15s National Final Four.

Teammate Ricky McMahon, from Cornwall-on-the-Hudson, N.Y., credits his time on the rugby pitch and his experiences at Norwich as preparation for the challenges he’ll face during deployment.

“On the rugby field, we’re a band of brothers that are all shedding the same blood and sweat for the good of the whole,” McMahon said. “Our program’s motto is ‘With You Always,’ and I’ll be thinking of those times and experiences while I’m overseas.”

Jon Grasso decided to enlist as an infantryman in 2019 knowing that a deployment was imminent for the Vermont National Guard.

The Haddam, Conn., native has been a member of the Norwich baseball program for the past two seasons. He threw 28 innings and averaged a strikeout per inning pitched while contributing to the program’s dramatic rise. It’s an improvement that continued in the 2021 season during his absence.

Grasso also credits his time at Norwich for providing him the skills to succeed in his military career.

“Being a member of the Corps of Cadets allowed me to thrive in a regimented lifestyle,” Grasso said. “Prepping and dressing my uniform, shaving, shining my shoes, and going to physical training and formation every morning made a dramatic impact on my life.”

Having the opportunity to play collegiate baseball on top of that was the icing on the cake.

“After talking to Coach Pecora, I knew that the Norwich baseball program was on the rise, and I wanted to be a part of it,” he said. “I also knew I wanted to join the National Guard, and the Vermont National Guard has a large Norwich student and alumni population. It has been the perfect fit for me.”