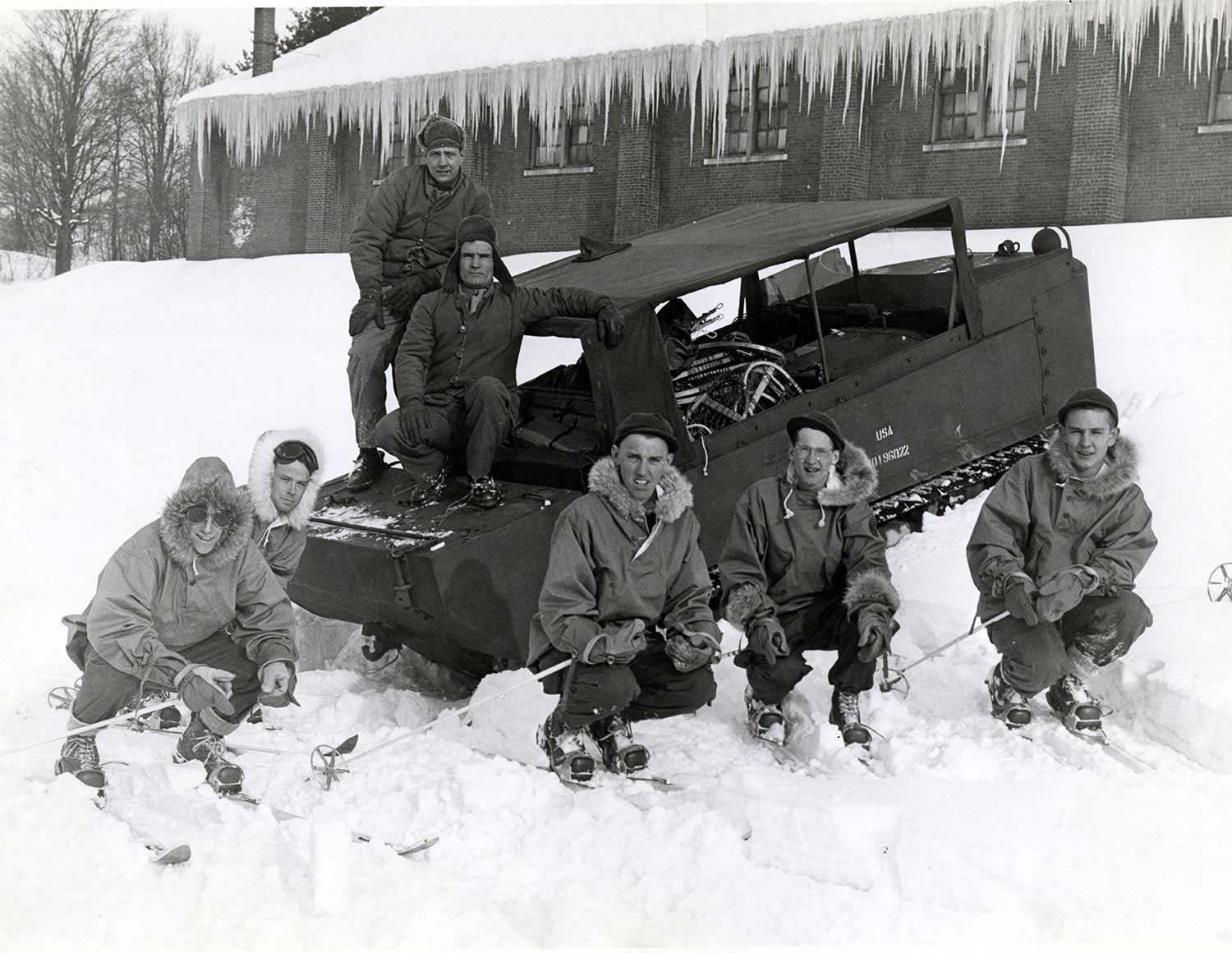 “When you’re several hundred feet up a cliff at night in a snowstorm, that’s no place to be wondering what you’re about,” Vincent Kennedy ’71 says.

The trio insisted on high performance standards Kennedy recalls, and “patience when those were not always achieved,” while the company’s ethos was about mission and goal orientation, professional behavior, and competence.

For teaching these and countless other lessons, Kennedy credits his three MCW NCOs. In 2016, he established a scholarship in their honor, called the Sergeants Three Scholarship. Its funds are used to support active-duty senior NCOs in Special Operations, who are enrolled in degree-completion programs in the online College of Graduate and Continuing Studies. Junior NCOs or commissioned officers who demonstrate need are also eligible.

The scholarship aims to bridge some of the financial gaps experienced by military personnel, who are working to complete their bachelor’s degrees while serving on active duty. One previous Special Forces scholarship recipient (who requested anonymity), wrote a letter of thanks to Kennedy, saying the scholarship enabled him to complete his degree while on active duty with the 3rd Special Forces Group, “not knowing when or where I would be deployed next.” The support allowed him “to focus on the quality and detail of my final assignments, rather than finances,” he wrote.

Kennedy says his motivation in creating the scholarship was personal, sparked by his desire to spotlight the contributions of senior NCOs to the development of junior officers. Much in the way that the three leaders of Mountain Cold Weather helped him grow as a Norwich cadet. “These three guys had a huge effect,” Kennedy says. “Certainly on me, and I know they did on others.”

“I admired each of them as individuals. Collectively, they had a significant impact on almost every cadet at the time who was in Mountain and Cold Weather. These were serious people.”

“They were bosses; they were mentors,” he says, “They knew their business, and they expected you to know yours.”

As for the name Sergeants Three, it’s a play on an old cadence call sung to the tune of Old King Cole. It was “probably the cleanest” of all the calls in their marching repertoire, Kennedy says. “If you’re an NCO, or at least if you were at the time, you’d recognize it.”