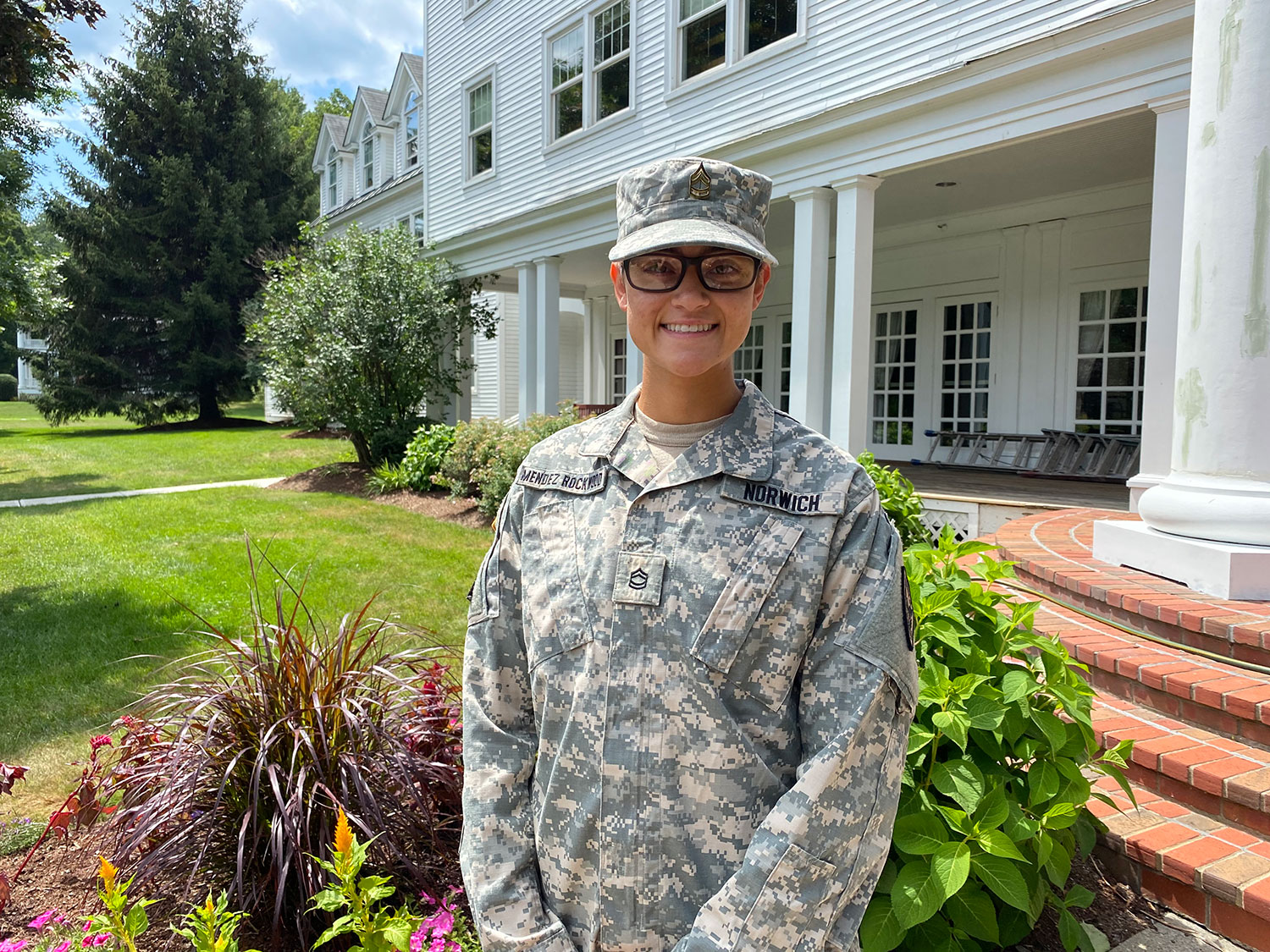 Near the end of his 28-year tenure, President Emeritus Richard W. Schneider identified affordability as the number-one funding priority to keep Norwich strong headed into the future. Always a pragmatist, Schneider wished to celebrate his retirement in May 2020 with an investment in the future of the university. In response, the Schneider Legacy Project was established. Gifts to the project are split between the Richard and Jaime Schneider Scholarship Fund and the Norwich Fund, two priorities chosen because they directly enhance affordability: Gifts to scholarships increase the amount of financial aid Norwich can award to students each year, while gifts to the Norwich Fund allow the university to meet immediate and unforeseen needs.

The Schneider Legacy Project was created in February 2020 and it soon became clear just how prescient Schneider’s vision of increasing affordably was. Many Norwich students and their families were affected by the pandemic and required more financial aid this academic year. The university was also better positioned to absorb pandemic-related expenses, such as the costs of COVID testing and protective equipment, thanks to the injection of funds the Schneider Legacy Project made into the Norwich Fund.

As of December, over 1,300 gifts totaling more than $800,000 have been made to the Schneider Legacy Project. The first Richard and Jaime Schneider Scholar¬ships, which are awarded to one Corps and one civilian student each year, were also given at the start of the 2020–21 academic year. Hannah Mendez Rockwood ’21, a cadet from Webster, Mass., who plans to attend law school after graduation, received the Corps scholarship.

“Norwich has taught me to be independent, strong-willed, and resilient. These attributes have shaped my future and will allow me to excel in my education, as well as a career in the military,” she said. “I am honored to be one of the first recipients of the Richard and Jaime Schneider Scholarship. President Emeritus Schneider set the standard for excellence in leadership. A gift to the Schneider Legacy Project is a direct investment in students like me.”

Rockwood says life as a student and cadet at Norwich during the current pandemic has required even more discipline, focus, and perseverance. “Knowing I am supported by the Norwich family gives me the drive to face the challenges ahead, emulating the standard President Emeritus Schneider set during his 28 years of service.”

Reed Curry is an assistant vice president of development at Norwich.