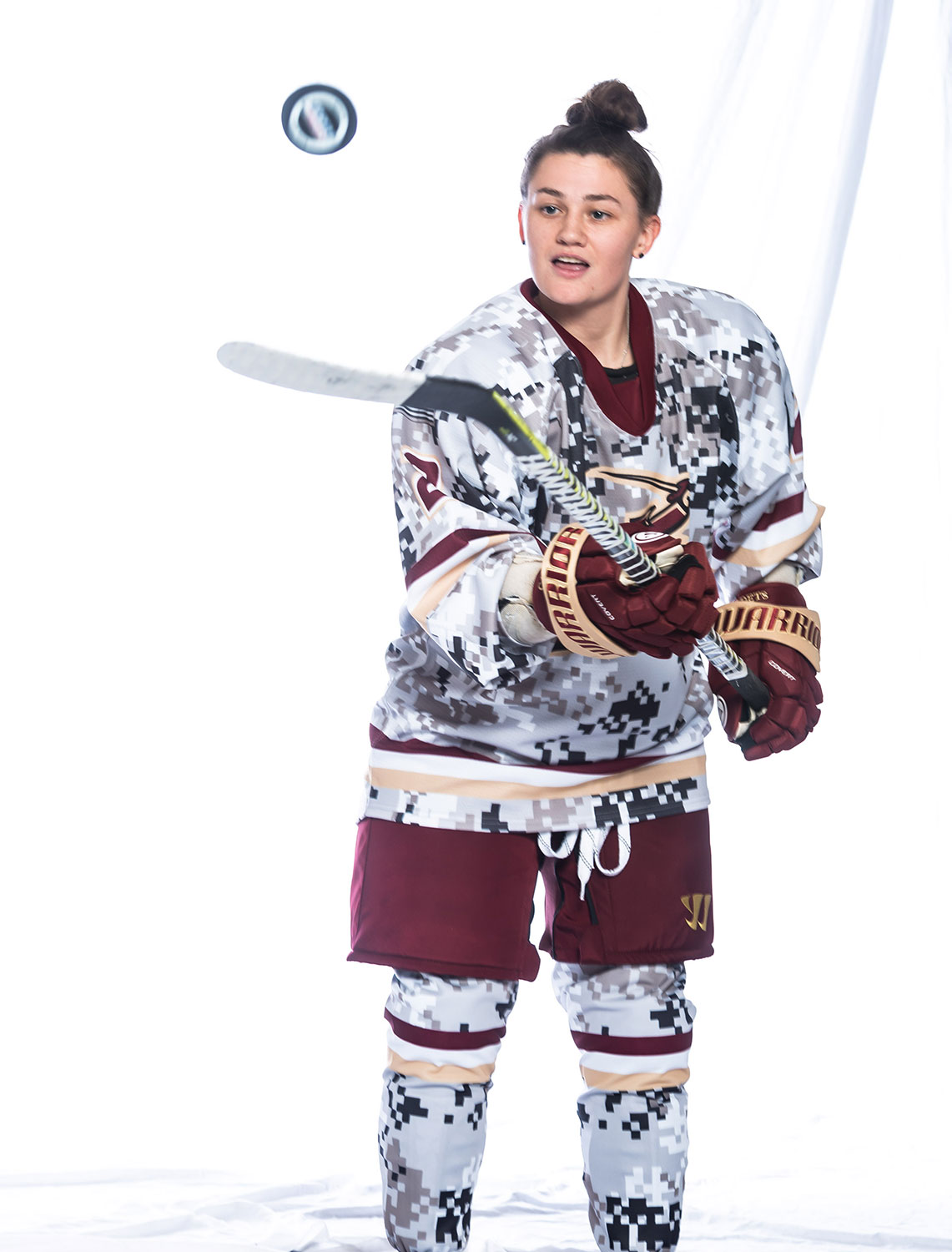 Kaycie Anderson ’15, Sarah Schwenzfeier ’18, and Amanda Conway ’20 (pictured right) were on the ice during a two-week round-robin “bubble” tournament in Lake Placid. Drawing six pro teams from Boston to Minnesota, the tournament’s semi¬final and final matches were carried by the NBC Sports Network, the first time professional women’s hockey games were broadcast live on national television in the U.S.

This year marks Anderson’s fourth pro season with the Whale. She has played in 46 career games, scoring four goals and notching nine assists for 13 points for the team. Last season, she tied for the team lead with 11 points.

Schwenzfeier enters her third pro season with the Whale this year after ranking second on the team with six goals scored last year. She has six goals and three assists in 29 career games with Connecticut.

At Norwich, Schwenzfeier was named an All-American after her junior season and helped lead the Cadets to the 2018 NCAA Division III National Championship. She wrapped up her Cadet career with 54 goals and 67 assists for 121 points in 119 games played.

Conway, meanwhile, is embarking on her first professional season this year after tearing up the record books as a Cadet.

At NU, Conway was selected as the 2020 American Hockey Coaches Association’s (AHCA’s) Laura Hurd Award as the nation’s best Division III women’s ice hockey player. She also was named the USCHO.com National Player of the Year.

She finished her remarkable four-year career in the Maroon & Gold ranking third all-time in NCAA Division III history with 116 goals and fourth all-time in points with 188.