Essay: The Path Not Chosen 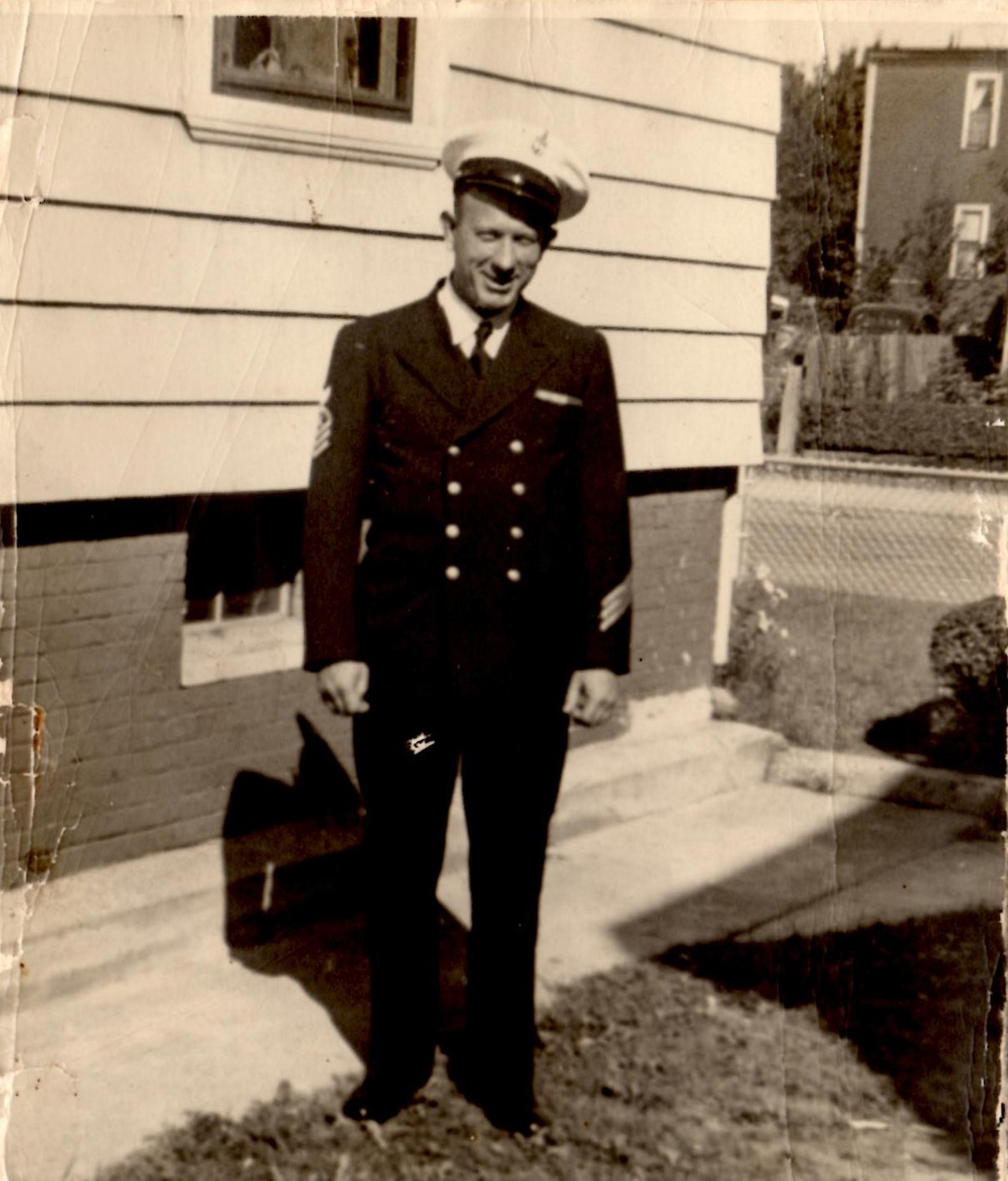 Everyone has choices they regret, or at least question. Playwright, English lecturer, and Navy brat Jeanne Beckwith on not following in her father’s footsteps

My dad loved the Navy, and it was his assumption from the day I was born that I would follow him into the service. I take great pride in the fact that even though I was growing up in the ’50s, my father never considered my not being a boy to be any hindrance whatsoever to my joining up. As a child, it didn’t occur to me that there was any other plan for my life. There was a television show that ran from 1959 to 1962 called Hennesey that my dad and I never missed. It was about Navy doctors and nurses, and my dad and I agreed that I would be a Navy nurse. Great plan. But as with most plans, as I got further into high school and started thinking about all this more critically, I came up against one hard fact: I didn’t really want to be a nurse. Although I was a very good student, I didn’t have the right temperament or caregiving skills. That is one thing my 17-year-old self was dead right about. Well, if I wasn’t going to be a nurse, what would I do in the Navy? In 1964, there weren’t many options for a young woman. It had been better back during World War II, when reservist WAVES were able to work as translators, radiomen, draftsmen, even air traffic controllers. A woman had even been one of the very first Naval computer specialists during the war.

But as my high school graduation approached, those options were no longer available. Unless I was set on a clerical, administrative, or healthcare-related future, there wasn’t much for me. And even if I wasn’t going to be a hospital corpsman on a transport service ship, I wouldn’t be allowed to go to sea. If that wasn’t bad enough, I would never get to fire a big gun. What was the use? There were officer training programs, but advancement was not really very likely at that time. By 1962, only one woman, Cmdr. Etta Belle Kitchen, had made it to any kind of command rank. Annapolis wasn’t accepting women applicants, so even if I had the brains or could get a legislative sponsor, the Naval Academy was out. If I joined up, it would probably be as enlisted personnel. I would have to come up the hard way. I will be honest here. I didn’t have the courage or the patience. I decided I would take another road.

When I broke the news to my father that I wasn’t going to be a nurse, and I wasn’t going to enlist in the Navy, he was fairly philosophical about it. (Perhaps he’d noticed my squeamishness when I watched him skin a rabbit.) He did point out to me that all I had to do was suck it up and stick it out for 20 years, and I could retire with a pension and do whatever I wanted. Twenty years! What was he thinking? In 20 years, I’d be 37; my life would be over. I probably don’t need to mention here that when my 37th birthday did, in fact, roll around, I was contemplating going back to graduate school and changing the whole trajectory of my life, and his words came back to haunt me. We humans are actually pretty darn young at 37. Who knew?

I want to be clear. I’ve had a wonderful life with ups and downs and lots of adventures along the way. I ended up working in both professional and academic theater as a teacher, director, and playwright. I didn’t become rich or famous. But I have lived a life working at a job that I loved, hanging out with people who were also my friends, and pretty much always finding a way to get paid for it. What better defines success than that? I even managed to get a doctorate along the way and ended my career working alongside my friend, Prof. Helen Caudill. Working with Helen and the Pegasus Players theater group at Norwich has been one of the great joys of my life. Pegasus is the oldest student organization on campus, and a place where cadets and civilian students find joy and satisfaction.

Did I wonder what my dad would have thought of all this? I won’t ever know. He died in the ’80s before I had even reached that 20-year mark; he never got to laugh at me because I ended up directing plays at a military college. Actually, he wouldn’t have laughed. But I’m sure there would have been at least one, “I told you so.”

A good part of the joy I have found being at Norwich has been in getting to know so many young women who now have new roads to travel as they head for careers in the Navy, including Naval aviation. It’s a different world now for young women going into all branches of the military. The barriers that stood in our way are coming down. Women can work in aviation, intelligence, communications, law and law enforcement, engineering, cybersecurity. The list is longer than that. Women can serve on battleships, work on submarines, or soar into space. There are still hurdles to be gotten over or around. But a lot of pioneering women paved the way and opened up so many roads for today’s young women to take. There aren’t just two roads diverging as Frost wrote, and the world is a better place for it.

Jeanne Beckwith’s plays have been performed from San Francisco to Istanbul. She holds an Master of FIne Arts in playwriting and a doctorate in dramatic criticism from the University of Georgia and a master’s degree in creative writing from Indiana University. She currently teaches for the College of Graduate and Continuing Studies and is married to Dana Professor of English F. Brett Cox.