The changing face of athletic training 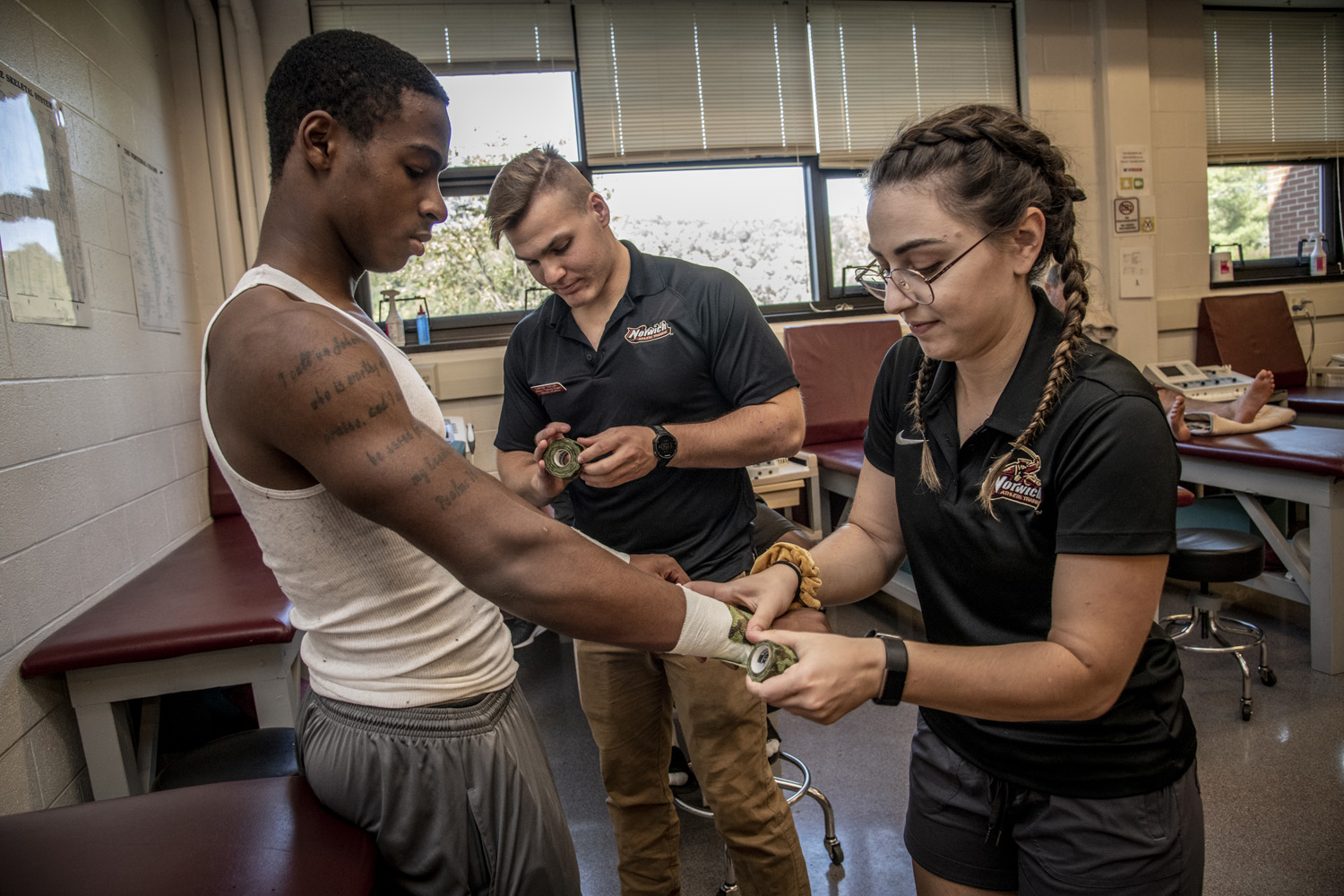 Working behind the scenes, preprofessional majors help athletes and others avoid injury, heal and return to the spotlight

Sports fans often spot athletic trainers taping athletes’ wrists and ankles before a game—or when they run onto a field or court to attend an injured player. “That’s two hours of the entire workweek,” says Professor Greg Jancaitis, director of Norwich’s athletic training program. “Everything else [is] behind the scenes … consulting with athletes, identifying problems or issues that could become a problem if we don’t address them early on.”

In the past, athletic trainers focused almost exclusively on the musculoskeletal aspects of sports medicine, helping athletes recover from bone, ligament, tendon, and muscle injuries. But today the field is far broader. Athletic trainers now help athletes manage and coordinate care across a spectrum of health-related issues, issues that impact their performance — from asthma to nutrition.

At Norwich, majors follow a course of study that combines classroom lectures with hands-on experience. Starting in their sophomore year, students spend a minimum of 12 hours each week (and often double that) in clinical settings, where they observe, learn, and practice new skills while working under the guidance of athletic trainer instructors known as preceptors. Clinical rotations vary by design. Majors spend the majority of their clinical time assisting Norwich athletic teams. But they also work for area high school athletic programs, as well as in a variety of healthcare settings — from ambulance services to area hospitals and smaller medical practices.

“We are becoming much more aware of treating patients overall, no matter what type of ailment they’re presenting with,” Jancaitis says. That includes working with patients who aren’t jocks. In healthcare settings, athletic trainers can help patients prepare for surgery or treat injuries or illnesses that limit their ability to participate in physical activity, work and daily life.

Advanced degrees are the new professional standard for the next generation of athletic trainers. With that in mind, several years ago Norwich laid the foundation to transition its program from a four-year bachelor’s degree to an accelerated five-year master’s program starting in fall 2022. Program participants will complete a three-year health sciences major before embarking on a two-year master’s in athletic training degree. 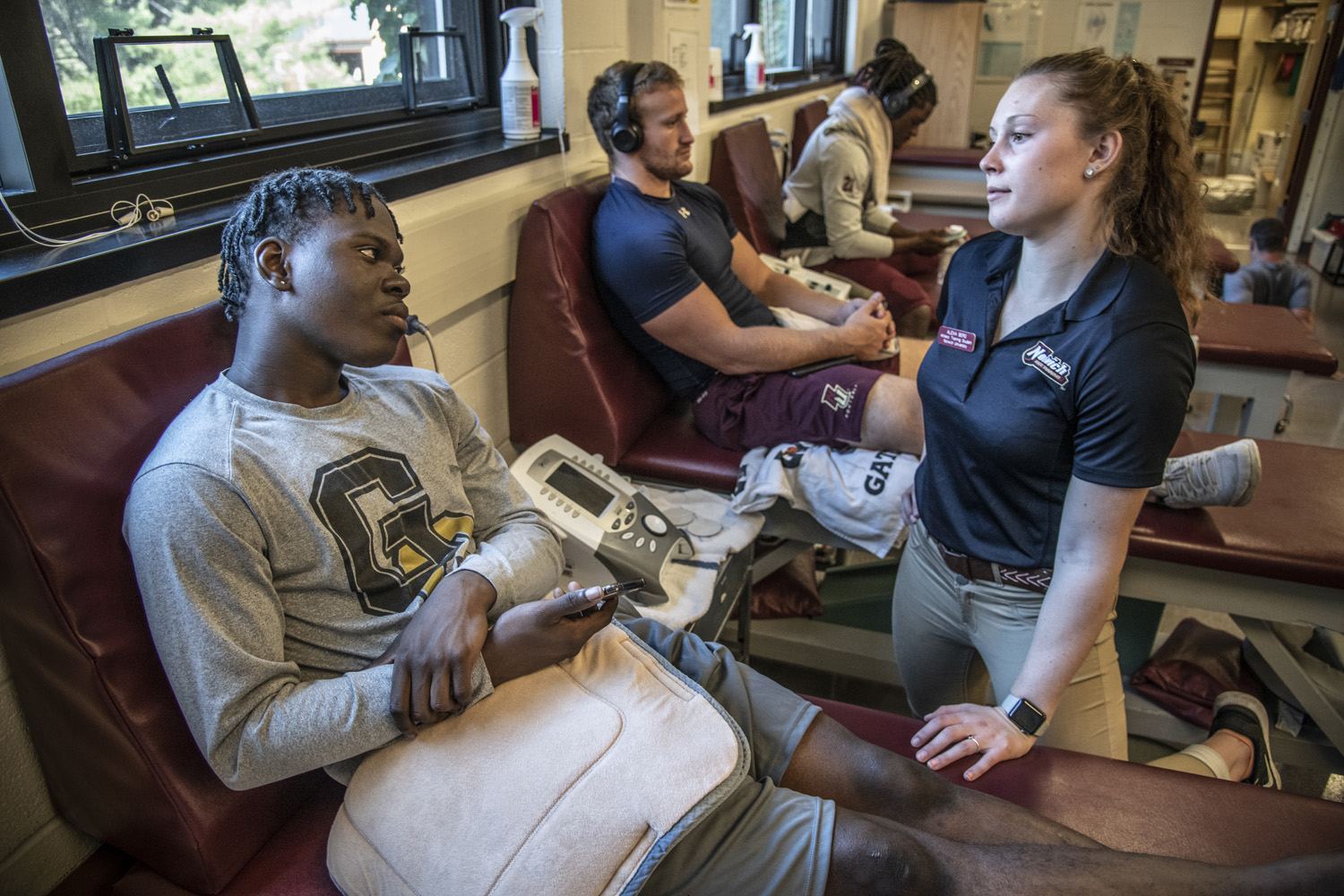 Above: Athletic training major Alex Berg ’22 from Fargo, North Dakota, helps defensive back Kesly Dolce ’23 of Naples, Fla., prepare for his team’s 2019 Homecoming football matchup against the U.S. Coast Guard Academy. “He had some hip flexor soreness and tightness,” Berg says. “So we were talking about how it [had] been feeling the past two days … and what it felt like [on game day].” A goalie for the women’s hockey team, Berg says being an athlete herself helps when working with her fellow Cadets. “You’ve been in their shoes and you know how it is, with all the practices and games and just school. You can relate to them easier.”