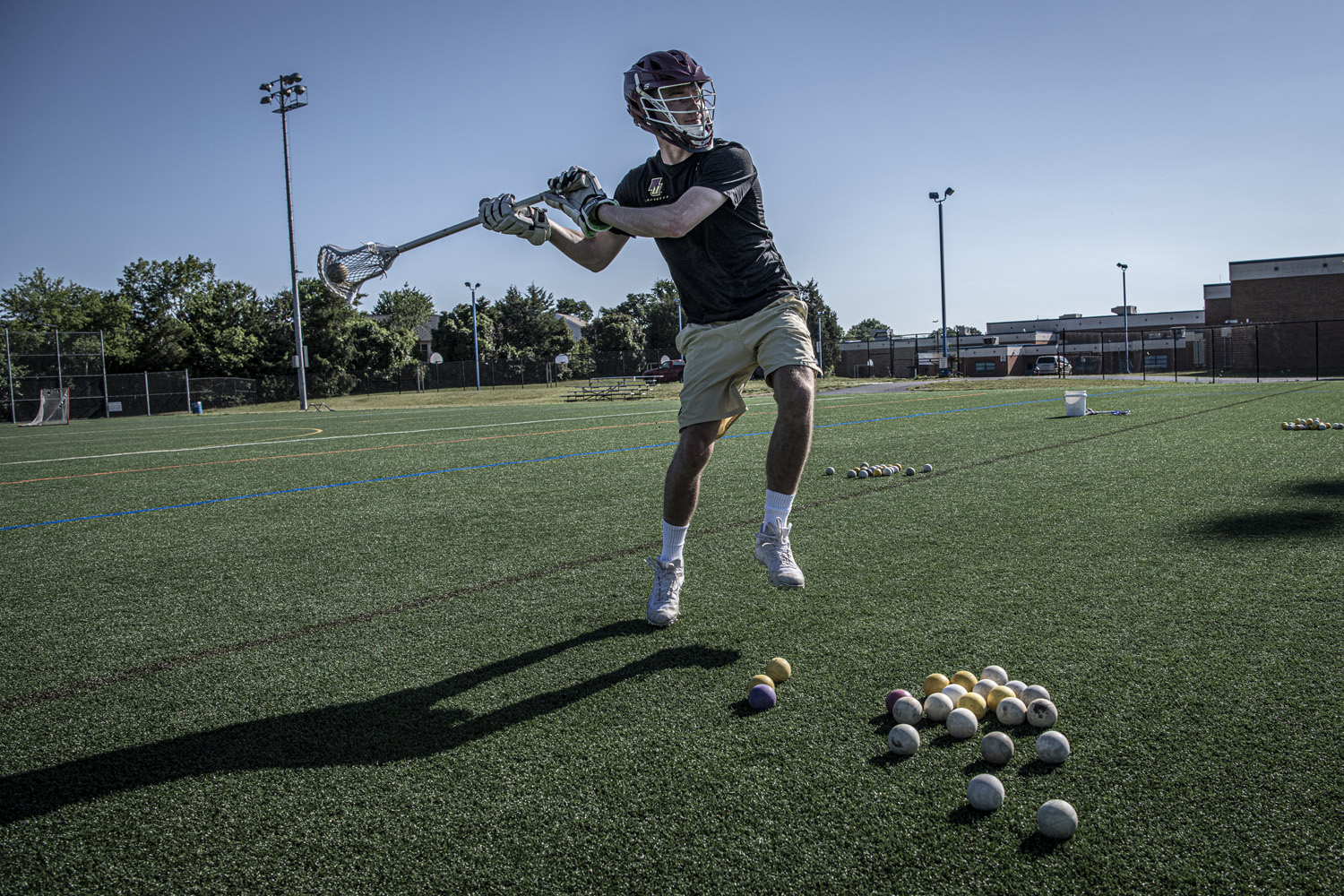 Before he became a coach, Neal Anderson played six years of professional lacrosse, first with the Boston Cannons then with the Denver Outlaws. But it was a game during college with Division II Merrimack that Anderson experienced one of his most profound breakthroughs as player.

Up against Pace and missing two of their best players, Anderson’s coach moved him from attack to midfield. On paper, his team didn’t stand a chance. But somehow, with nothing to lose, the Division I transfer played his best lacrosse ever. During the game, Anderson felt transcendent in both mind and body. Time seemed to slow down. His awareness of the field and his execution sharpened. It was like he was playing a different game than everyone else. He didn’t read the defense so much as know what they’d do next.

Even from midfield, he scored so often he lost count. A no-look, over-the-shoulder shot on goal? Score. He didn’t need to see the net. He just felt where it was. Friends and family told him he was amazing to watch that day. He was fully in the moment, playing without expectation, fearless and free.

Absent that experience, Anderson says, he would never have made it to the pros, let alone be among the 150 players invited to try out for Team USA in 2006. It was, in his words, a “peak life experience.” One that he’s been reverse-engineering and chasing ever since, like a surfer after his next perfect wave.

Anderson’s coaching straddles a mastery of the game and insights pulled from the field of performance psychology. Adding to the mix is his experience playing six years of professional lacrosse. His style is positive, high-energy, and big picture. He is intensely curious about people and what animates them, especially his players.

“He knows X’s and O’s better than anybody I’ve ever met,” says associate head coach Nick Fischer, who has worked with Anderson for nine years. “But he also has a master’s in education and really sees lacrosse as teaching. That, I think, is what really makes it hum … [his] ability to be a teacher on the field.”

Before practice, Anderson gathers his players and asks them what they want to try that day. Inspired by NU’s motto, the question is designed to reframe the experience: Practice shifts from another Monday grind to an exercise in mindfulness. Players come prepared to be fully in the moment and see and understand its opportunities.

During those chats, Anderson will also extend an invitation: “Who wants to be Superman today?” It’s an analogy Anderson applies to reaching flow state, that transcendent feeling of total concentration and optimal performance. “And who doesn’t want to lean into that?” he reflects.

“When this comes together for me, what I get to see in a practice is art. I get to be surprised, and how often do we get surprised during our day?” he says. “When it actually happens … the hairs on the back of my neck stand up. It’s awesome.”

More than anything, Anderson works to create a practice and playing environment where fear is absent, or at least dialed so far back that players feel safe to take risks and experiment.

“He wants the field to be a safe space for them to be creative and make mistakes,” says associate head coach Fischer. “Because if you’re trying something new, you’re not going to be great at it the first time. You have to be able to continue to do it.”

For all his intensity and competitiveness, Anderson’s primary goal for the lacrosse program isn’t about winning games. It’s about “building good men for other people,” or developing strong leaders for the people and organizations they’ll serve off the field.

Nearly 80 percent of Cadet lacrosse players serve in the Corps and many hope to commission after graduation. Anderson and Fischer try to help as many achieve their goal as possible.

To help his players control their fear, Anderson shares tools and techniques from performance psychology that leverage findings from brain science. Many employ insights about cues to our natural fight or flight responses and how our brains evolved.

One is a simple breathing technique: nasal breathing, which regulates the prefrontal cortex area of the brain — helping players make executive decisions rather than emotional ones rooted in the amygdala, the less-rational part of the brain.

Another trick to is encourage players to expand their field of vision to overcome our natural fear response of tunnel vision.

Anderson also uses visualization techniques, encouraging players to see themselves succeeding in situations before they happen. Before games, Anderson and Fischer cue players to take a “helicopter ride.” It’s a moment of silent group reflection and meditation styled after special forces operations to prompt athletes to settle into their training rather than strive to rise to the occasion. 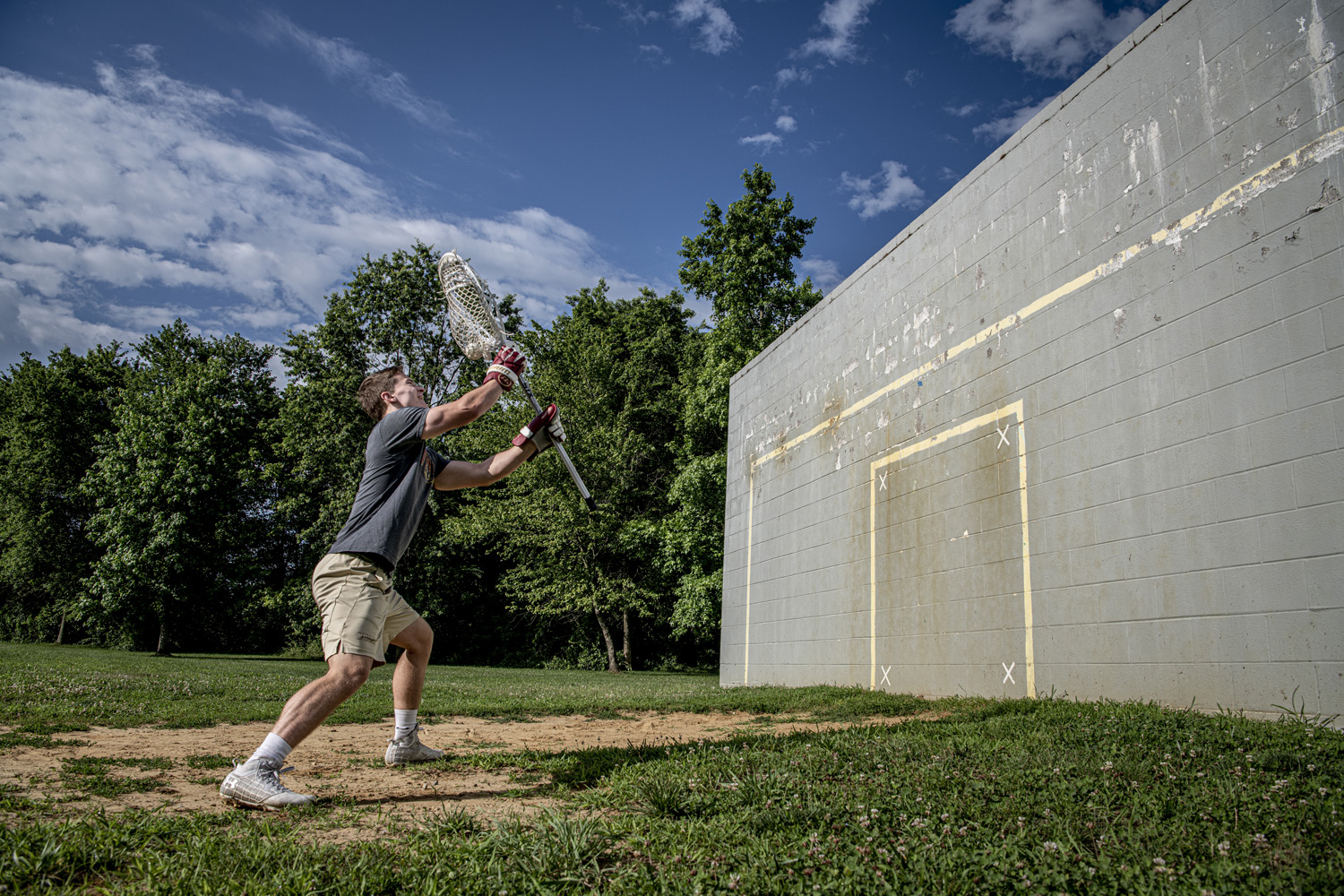 For many players, a takeaway from Anderson’s program is a strong sense of personal responsibility and possibility, along with a set of skills that apply off the field, too.

Sam Markle ’23, a mechanical engineering major and Navy ROTC scholar from Alexandria, Va., was sidelined last fall during his rookie season after experiencing a concussion while scrimmaging. Instead of dropping off the team, Markle was encouraged by Anderson to become an assistant offensive coach.

Among the lessons Markle picked up: “Focusing on what you can change now in all aspects of your life to better prepare yourself for those [situations] that are coming, that was something that was very interesting to me that I had never really gotten from a coach.”

As a rook, playing for Anderson helped goalie Nick Kandra ’21 not only stick it out and stay at Norwich, but thrive. The Crofton, Md., athlete is now a team captain and Corps leader. “You get to a lot of programs across the country and it’s just about winning games and it’s just about the outcome,” Kandra says. “But for us, it’s not only winning games, it’s about growing as a person and just creating a culture within the team.” It was on the lacrosse field that the criminal justice major says that he really learned how to work with other people and the value of relationships.

Last spring, Kandra interviewed for a summer position with the Nantucket Police Department. Feeling nervous beforehand, he visualized the conversation. The interview went well, and he received an offer.

“It’s easy to talk about performance psychology or being mindful or seeing patterns when it comes to sport,” Fischer says. “Whereas when it comes to being an accountant or working in a business, it’s a little bit harder. But you still have the same struggles. So teaching young people to be able to have the tools to where they can, in a tough situation, make a quick decision and make the right decision and have it not be based off emotion, but rather how they see that pattern recognition and understand what’s right, is really what I think sets us apart.”

As for Anderson, he continues his quest for that next peak life experience. Says Kandra of Anderson and the team: “He always says, there’s nothing I'd rather do than be right here right now.”