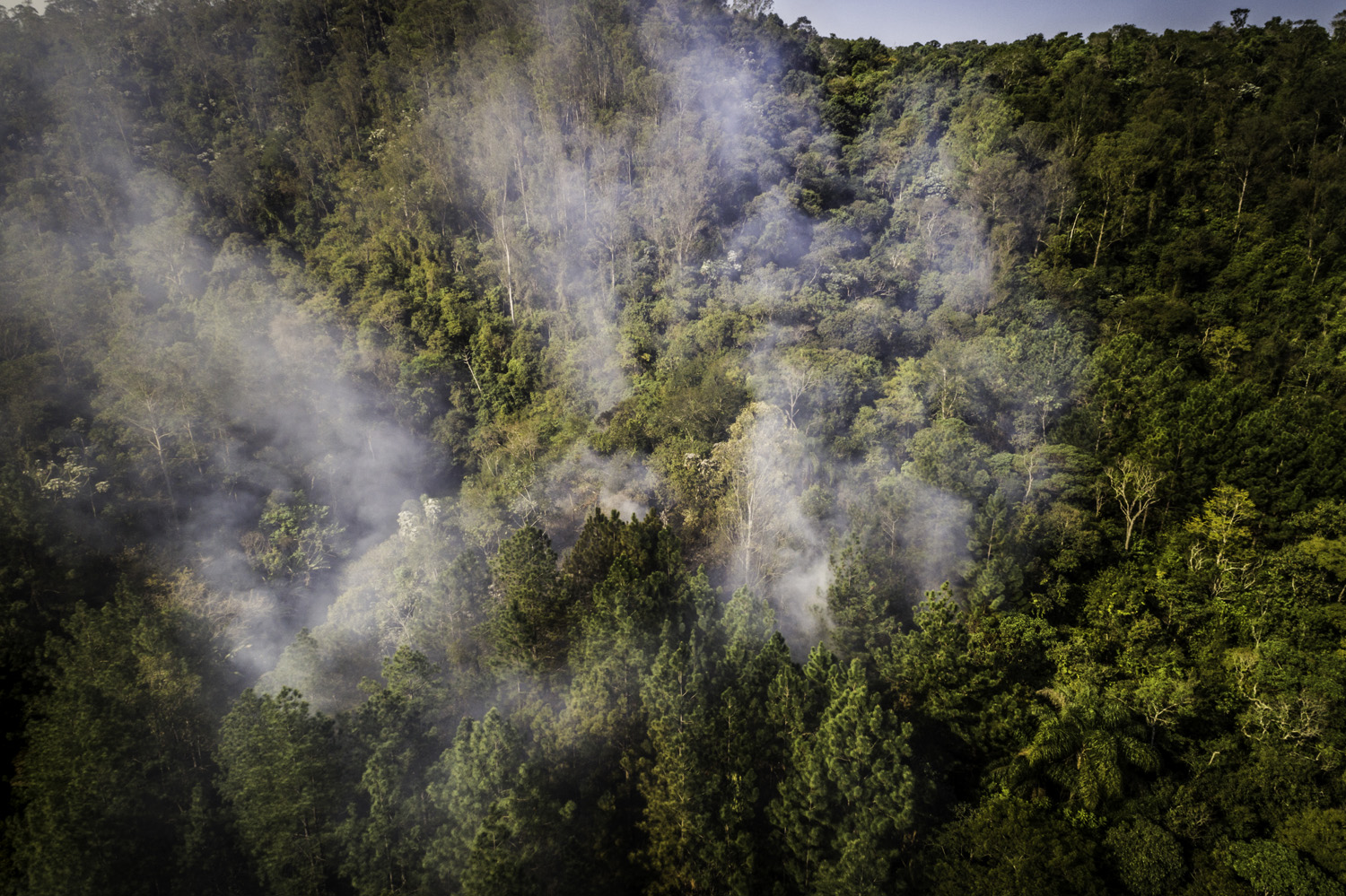 The coronavirus pandemic closed campus this summer. But undergraduate summer research fellows pressed forward regardless, working from home offices and makeshift labs. Supported by faculty mentors and funding, they sought answers to research questions large and small that impact our world—from Lake Champlain to the Amazon.

An international student from Brazil, De Paiva studied the environment in depth during high school before majoring in computer science at Norwich. Her summer research project leveraged those two passions to study wildfires in the Amazon rainforest and their impact on biodiversity and indigenous peoples. Using computers to analyze satellite images could provide unbiased data, De Paiva says. “We’re having some problems with environmental data being censored in Brazil.”

Anderson’s project set out, in part, to explore the environmental and human impacts of wind farms on Lake Champlain. “One [group] that we’re looking at are birds, because they can be deterred from the lake due to sound pollution from wind turbines. There’s also a risk of collisions.”

Barnes explored ways to reinvent freshman chemistry lab instruction using green chemistry to reduce toxic waste, save money, and boost learning. “The reason this is important is because [research has shown] that students who are exposed to Green Chemistry end up garnering a deeper and more enriched understanding of what they’re doing and become more engaged with the material.”

Over the course of her project, DiCampo conducted a metanalysis of thermogravimetric analyses of biomass, looking at the methods used to find the kinetic parameters of various biofuels, which are useful for their potential to combat climate change. “I’m also looking at … the benefits and drawbacks of those methods, why we might choose one over another, specifically, when looking at biomass fuels.”

Farnum’s project created a lifecycle “disease” model for a parasitic trematode, or worm, known to infect humans—and in some cases, cause bile duct cancer. The parasite has a complicated lifecycle that involves 2–3 host species. “The reason that’s so important is because it may be misleading when we see a decline in human infections, because the reservoir hosts are actually still getting infected and carrying on the trematodes.”

Graham examined water flea eggs preserved in historic sediment samples to analyze how feeding and nutrition activity and fish abundance in a pond have changed between 100 and 10,000 years ago. “I want to see how things like European settlement, deforestation, and increases in precipitation have changed these.”

Ekoja explored an area of mathematics known as graph theory—specifically, Ramsey numbers for specific number sets. We’ll leave the details to PhDs.“The value of this research is that not much work has been done with sets with this kind of difference. I feel like this research will be a stepping stone for [future work].”

Part of Massina’s research examined how malnutrition driven by political instability, extremism, and climate stress has affected internally displaced women and children refugees in Burkina Faso in West Africa. “I want to try to change the cycle of malnutrition.”

The biology major examined samples of trematode parasitic worms to determine if a cryptic species (a species that looks the same but is genetically different) lay hidden in their midst. “Being able to correctly identify parasites is really important for understanding epidemiology, designing effective drug treatments, and … assessing the potential drug resistance crossing between populations.”

Tamang set out to model the water supply and wastewater treatment systems for Nepal’s Kathmandu Valley. His goal was to understand operating needs during times of crisis and to identify changes that could amplify water supply for Nepal’s largest city. “I lived in Kathmandu for about four years, and I had to change apartments six times, all because of water problems, water scarcity.”