What the Cleveland Indians Taught Me About Life 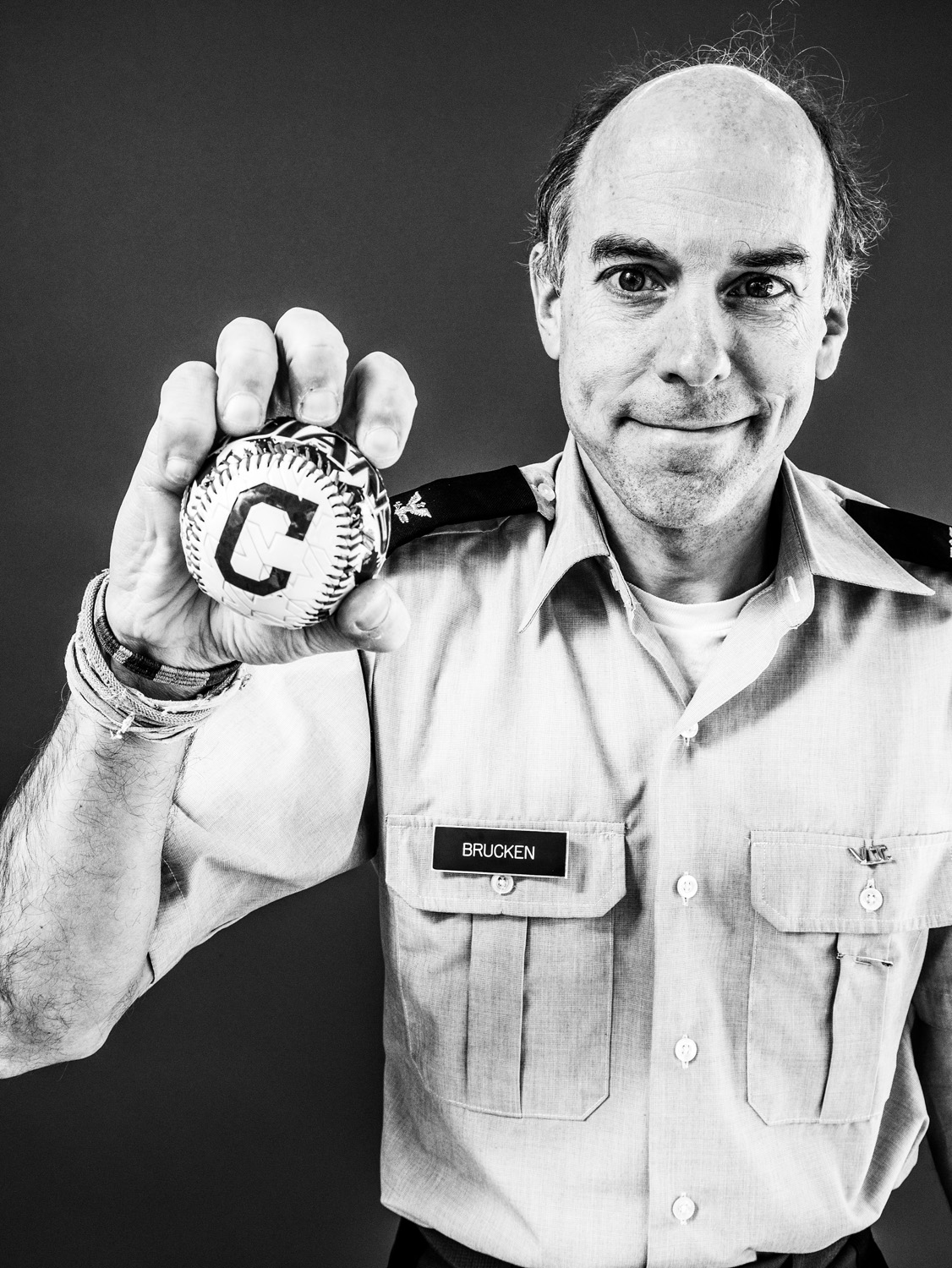 The author is a professor of history, human rights scholar, and ultrarunner, who occasionally teaches the course “The History of Baseball” at Norwich.

Cleveland, Ohio, the place of my birth, is a city of fire. Fire raged in the hellish infernos of its blast furnaces and atop its oil refinery smokestacks. Fire forged the steel Cleveland manufactured and tempered the strength of civic spirit the city needed as the Rust Belt started to tighten in the late 1960s. In 1966, arson and firebombs engulfed the Hough neighborhood, a response to decades of racism by city planners, banks, and businesses. The Cuyahoga River, which bisects the city, famously caught fire in 1969 for the 13th time, illuminating the depth of the pollution discharged into it. In 1972, Mayor Ralph Perk’s hair smoked as he wielded a welding torch at a convention of the American Metals Society. Two years later, Indians baseball fans— powered by unlimited ten-cent beer— shot fireworks into the visitors’ dugout, sparking a riot that led umpires to forfeit the game to the Texas Rangers.

Born in 1968, I was too young to remember those fires and events first-hand. But I do recall, painfully, the 1980s. What struck me most as an Indians fan was the team’s lack of fire, especially in the desire of the team’s owners to spend money to win ball¬games. In the brief span of my life up until then, the Indians had been owned by the inventor of TV dinners (Vernon Stouffer), a parking lot czar (Ted Bonda), and a dead guy (the estate of Steve O’Neill). In all three cases, it was unclear who knew or cared more about baseball. At the time, the team played at Municipal Stadium, which was built on a garbage dump in 1931. The venue embodied the city’s hopes as the first sports stadium financed with public money and possessing one of the largest seating capacities in the nation. But when I went to my first game there, it symbolized something else—the dilapidated state of a city in decline. The restrooms didn’t work. Concrete fell from the balconies. Worst of all was the silence of the ab¬sent crowds. Of the stadium’s 75,000 available seats, only 4 percent were occupied on an average night. For from 1980 to 1989, during the prime of my tween and teenage fandom, the Indians won only 45 percent of their games, finishing no higher than 5th (once) out of seven teams in the American League Central Division.

Baseball fans born in New York, St. Louis, or Los Angeles, the hosts of great 1980s teams, might feel pity for me and for Cleveland. That would be a grave error. Such a view misses the symbiotic relationship of my blue-collar city and our baseball team, and the lifelong lessons learned from that co-dependency. And yes, fire provides an illuminating metaphor.

At home, my mother and two older sisters tended the baseball flame prior to my arrival. After I was born, they passed an ember on to me, but cautioned that all Indians fans needed steely realism to tame fiery optimism. Like my city, the team had known success in the 1940s and 1950s, had fallen on hard times, and was the butt of jokes by outsiders. What was a Clevelander to do, then, but circle the wagons, work and root hard, develop pride from the inside, and grow loyalty to the place and team, one strong enough to transcend desperation? Success was not guaranteed. It never is in life or sport. But it was possible. As Clevelanders, we understood this, even as we resigned ourselves to our team’s and city’s continued mediocrity.

On summer nights, I hid under the bedcovers with my transistor radio on low, way past my bedtime but, I suspect, with a knowing wink from my mom. There, I endured the Indians and what they taught me. Amid the disappointment, frustration, and in¬credulity of games, broadcaster Joe Tait’s baritone elicited excitement, even suspense. Seasons passed. I grew up, prepared by a losing baseball team from my wounded hometown for life’s buffeting.

As I closed in on 50 years of age, the team caught fire. In 2016, the Indians made it to game 7 of the World Series. By the bottom of the 8th, Cleveland’s avatars on the diamond trailed the Cubs, 6-3. My mom had passed away four years earlier. So I could only call upon my sisters for support. Joe Tait’s successor, Tom Hamilton, prepared us to embrace our dread and repeat the phrase we all used in childhood: “Next year.” But then Brandon Guyer doubled in a run and Rajai Davis hit a home run to tie. We yelled into our phones in Knoxville, Ann Arbor, and Northfield. Even in the diaspora, we were Clevelanders. Tied, the game stretched into the 10th inning. The Cubs drove in two runs, and the Indians could only answer with one. Once again, our team came up short. We then went to bed, as tomorrow—a Thursday—was a workday, and that is what Clevelanders do.

The Indians have not become a World Series champion phoenix rising from the ashes of our city’s hapless 1980s clubs. But it is progress that Cleveland, whose name translates as “hilly land,” is not on fire again. As a fan, the Indians taught me about ups and downs, highs and lows, faith and strength. And that after I die, I, too, might own a baseball team.