The Leader Who Brought Championship Culture to Norwich 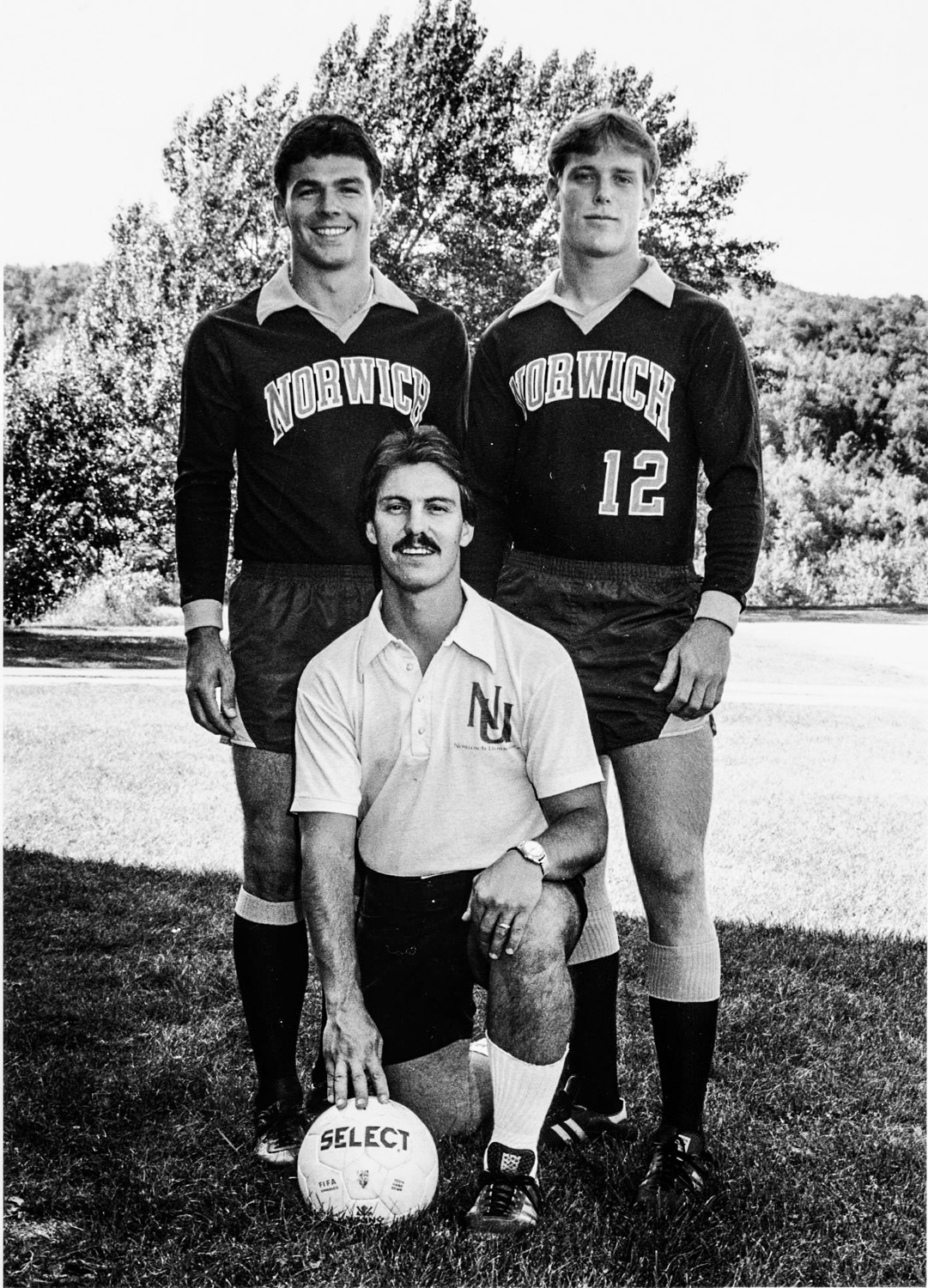 With 43 years on the Hill and 12 national titles, the fun and games continue for Cadets Athletic Director Tony Mariano

NCAA championships are won by the athletes and coaches. But in many ways, they begin years earlier in the front office. Only when management brings in the right coaching talent and provides the needed resources can the alchemy of a championship culture begin.

By that measure, long-time Athletics Director Tony Mariano—who has spent 43 years on the Hill, the last 28 years in his current role—has been a dean of Division III athletics. Under his leadership, Norwich athletic teams have won 12 national championships, including the school’s first national title ever in 2000, when the men’s hockey team beat St. Thomas 2-1 in Superior, Wisc., for the NCAA Tournament title.

The men’s program has gone on to win three more national titles—in 2003, 2010, and 2017. Not to be outshone, the Norwich women’s hockey program, which was established in 2007, won their first national championship just four years later in 2011. They repeated that success again in 2018 on their home ice in Kreitzberg Arena and were a title contender this year before the quarterfinal playoffs were canceled due to the coronavirus pandemic.

In 2007, Mariano also pushed to elevate women’s rugby to a varsity program and quickly saw the team turn into a national powerhouse. They won six national championships from 2011 to 2014, including four 7s titles and two 15s titles.

“There are a lot of schools and athletic directors that never get to experience that feeling of winning a national championship, and we’ve been lucky enough to have that here at Norwich multiple times,” Mariano says.

Throughout his tenure, Mariano has found ways to lift teams — his own and others — to new levels of excellence. After a two-win season in his first year as head soccer coach in 1978, Mariano turned the team around, leading his Cadets to five consecutive winning seasons, including a 11-4-1 record during his final season in 1983. (A number of wins that set a program record at the time.)

By then, Mariano had also begun coaching the men’s hockey team. He went on to spend 10 years at the helm of the school’s flagship athletic pro¬gram, compiling a 147-111-9 record. There, he led the Cadets to their first NCAA Tournament appearance in 1982–83 and again in 1986–87, earning him National Coach of the Year honors from his peers in the American Hockey Coaches Association.

Mariano credits much of his success to the people who surrounded him during his career. “I had some great mentors during my early years at Norwich in Bob Priestley, Joe Sabol, Wally Baines, and Barry Mynter,” Mariano says. “They were the heart and soul of this place. Great people. Fun to be with. They were very serious about their programs, and everyone got along well. It was a family environment, which really made it special to me.”

Mariano took over the leadership of the athletic department from Joe Sabol, the long-time football coach and Norwich Athletic Hall of Famer. As athletic director, Mariano rose to the occasion, beginning his tenure in 1992, the same year that President Emeritus Richard W. Schneider did.

“I think [Schneider] really relied on me and let me run the athletic department to do what I thought was necessary and in the best interest of Norwich,” Mariano says. “You can’t be successful at this level without tremendous support from the top. There are a lot of schools that don’t have that and probably wish that they did.”

Mariano and Schneider shared an¬other connection: Their wives Gail and Jaime worked together at the Northfield Pharmacy, which created a close-knit friendship between the two families.

“How many athletic directors have their presidents come over and water their Christmas tree while they are gone?” Mariano says. “But that’s the kind of guy he is. We do the same for them picking up their newspaper and mail while they’re gone. They’ve been incredible family friends and always supported our athletic teams by going to as many games as they could.”

Mariano says he misses his days as a coach with a clipboard and whistle, at times, but he acknowledges that moving into administration worked out for the best and provided him more time at home with his family.

In 2018, Mariano was once again honored by his peers when the Nation¬al Association of Collegiate Directors of Athletics named him an Under Armour Athletic Director of the Year.

“Tony has been the face for our entire athletic department for a remarkable amount of time,” Schneider says. “He has supported me and all our athletes with integrity, sportsmanship, and humor for the 28 years we served Norwich together.

“When Norwich hired Tony, we really got a ‘two-for-one’ deal. Since the Marianos arrived here, Gail has attend¬ed more games than any person I know, other than Tony. They are at every athletic contest, cheering our teams on. They open their home to the coaches and their families, celebrating holidays together, and have built an unbeatable team of coaches, athletic trainers, and support staff to rival any athletic department at any level.”

After 40-plus years, it’s easy for Mariano to say that people are the reason he enjoys making the short walk across the street to work every day.

“The student-athletes, the coaches, and the relationships we’ve had over the years will always be near and dear to my heart,” he says. “We’ve been able to hire some really incredible people that have made my job a lot easier over the years. The students who come here embrace what Norwich is about, and it ends up bringing out the person and the future they’re meant to be in. It enables them to see what they can do by challenging themselves every day, whether [they’re] a student-athlete or a coach.”