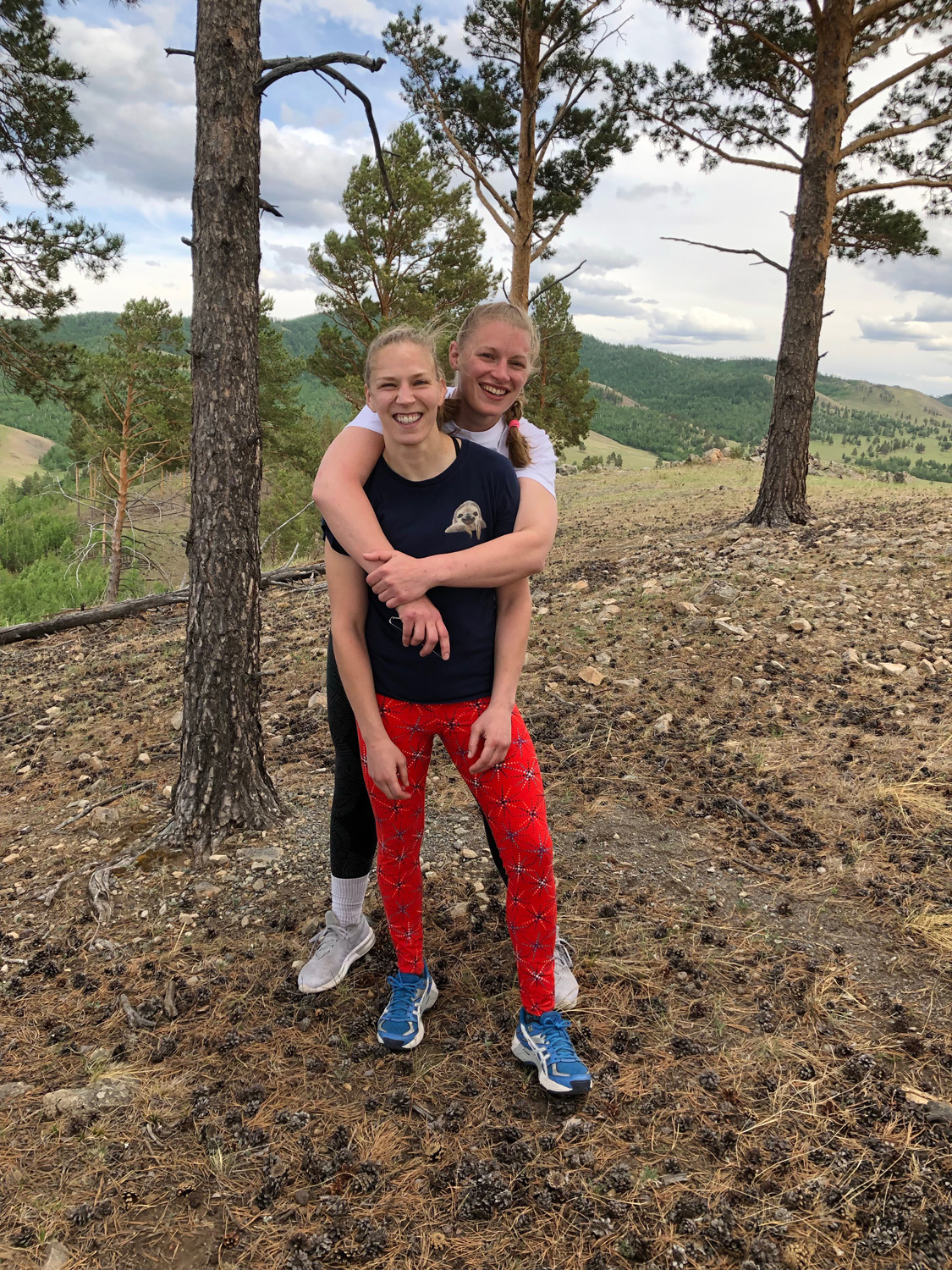 While training for the Olympics, standout coach Erin Clodgo and Team USA veteran Alyssa Lampe share their sweat and expertise with the men’s wrestling team

Erin Clodgo had spent a decade competing on national and international stages while training at the Olympic Training Center in Colorado Springs, Colo. But as the elite wrestler prepared for her final year of competition, Clodgo knew she wanted to train in a special environment.

So the Richmond, Vt., native returned home and volunteered as an assistant coach at Norwich, a program she knew from off-season training during high school. Clodgo admired the Cadets’ training style employed by then-coach Rich Hasenfus and how team members interacted with each other to create a supportive family environment.

Last year, Clodgo’s friend and fellow Team USA member Alyssa Lampe—a two-time World Championships bronze medalist—left retirement to train for the upcoming Tokyo Olympics. Clodgo offered to be her coach. Lampe accepted and joined her in Vermont, training and volunteer coaching alongside her at Norwich in its highly supportive team culture.

“The team dynamic is really important to me,” Lampe says. “Having that selflessness and [willingness to] help each other rise and get better is something I really missed.”

Now as the pair works to realize Lampe’s Olympic dream, they also help Cadet wrestlers realize their own aspirations, sharing their extensive knowledge, experience, and insight.

“One of the biggest reasons for sustained success within a program is the coaching staff,” says head wrestling coach Alex Whitney ’08, himself a former four-year Cadet wrestler who is now in his ninth year as coach. “Having more people and more eyes in the room impacting students’ lives is a key component of a program’s long-term stability.”

Together, Lampe and Clodgo have made a monumental impact on the men’s program, guiding Cadet wrestlers in technique and execution to produce dramatic improvements. A further contribution is found in Lampe’s affirmative self-talk: “I impose my will with calm intensity,” “I am an Olympic champion because I do what is right and necessary.” Cadet wrestlers have organically incorporated their own versions into their daily routines. It’s a positive mental approach that stands in contrast to the “rise and grind” attitude that dominates most NCAA Division III wrestling programs.

“Erin and Alyssa are a bridge for us to a higher level of wrestling,” says associate coach Connor Keating ’09. “They have worked with some of the best coaches and have trained with and are, themselves, some of the most elite wrestlers in the world. They bring knowledge to our team and raise the standards of our program by demanding excellence from themselves and those around them.”

The relationship between the women warriors and the team has been mutually beneficial. Last December, in pursuit of her U.S. Olympic team bid, Lampe steamrolled the competition at the Senior Nationals in Fort Worth, Tex., to win her fourth Senior Nationals title. En route, she gave up just six points in four bouts and pinned the No. 1 seed in the 50-kg weight class final.

“I needed training that was more focused and was a reflection of the specific needs of my body. I also want¬ed an environment that would be supportive and inclusive,” Lampe says. “I couldn’t ask for better teammates than the Norwich wrestlers and coaching staff.”

With the 2020 Tokyo Olympics delayed by the coronavirus pandemic, Lampe and Clodgo have refocused their training, setting their sights on the U.S. Olympic trials in April 2021. In hallmark team fashion, Cadet wrestlers will be rooting them on.