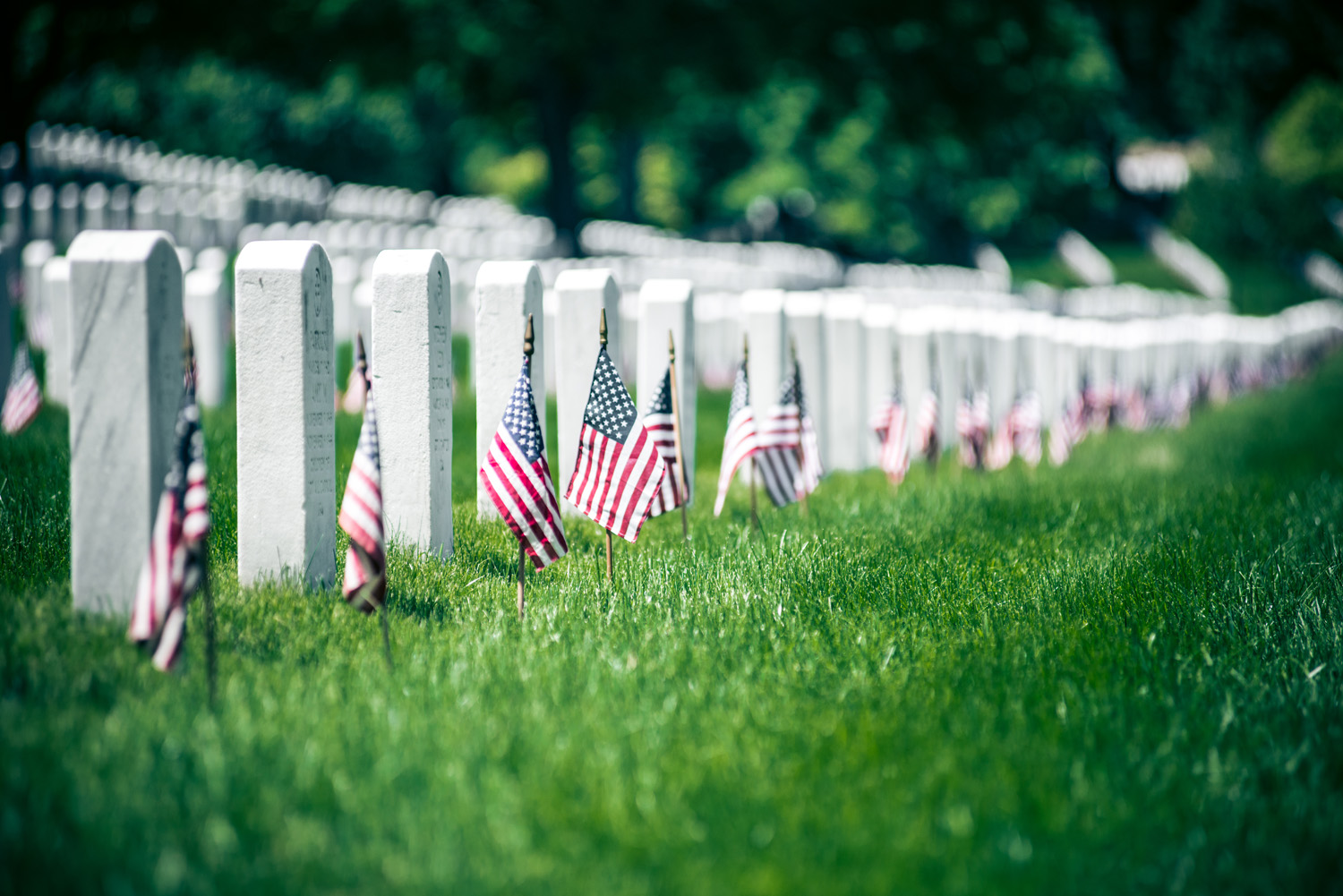 “The best way to pay respect is to value why a sacrifice was made.”
—1LT MARK DOOLEY ’01*

*IN A LETTER TO HIS FAMILY TO BE READ IN THE EVENT HE DID NOT RETURN FROM DEPLOYMENT. QUOTED BY PRES. GEORGE W. BUSH ON MEMORIAL DAY 2006.

Mark was the first Green Mountain man killed in Iraq to be buried in Arlington. His stone, carved from Vermont marble, reflects his posthumous award of a Bronze Star and Purple Heart. Missing is the “intangible and enduring inspiration” that he emanated, friends say, to those around him.

“Mark believed nothing was impossible,” says his mother Mar¬ion. “He encouraged everyone, no matter the circumstances.” Ryan Anderson ’00 recalls how his friend urged him not to give up his dream of a military career just because he was color blind. “Persevere,” Mark told him. “You can do it!” Anderson recently celebrated 20 years as a Naval officer. He continues to live by his late friend’s words. “In the moments when I want to slow down or waiver under the pain and pressure of work or life, I honor Mark by pressing on.”

Years after his passing, friends, classmates, fellow police officers, and Vermont National Guardsmen continued to post tributes on Mark’s online memorial page. Even people who knew him only a short time were struck by his presence. “You don’t meet many people like Mark Dooley in a lifetime,” says Joseph Szarejko, Wilmington Police Chief.

Mark made a lasting impression on nearly everyone he came into contact with. Which may explain why there are so many me¬morials to him. They range from a 5K road race in his hometown of Wallkill, N.Y., where he captained the high school track team, to a granite monument dedicated to his memory at a training facility he designed at the Ethan Allen Firing Range in Colchester, Vt.

At Norwich, the 1LT Mark H. Dooley ’01 Memorial Scholarship will be awarded for the first time this year to a Corps student majoring in criminal justice, studies in war and peace, history, or political science.

The scholarship “is an ongoing memory of Mark,” Marion says of her son. “It continues what he believed.”

Mark’s father Peter, a retired Air Force colonel, agrees. “I hope it will enable some other deserving individual the opportunity to pursue their dreams in law enforcement or possibly the military, and uphold the same ideals that Mark did.”

1st Lt Mark Dooley ’01 began his career as a deputy sheriff in Windham County, Vt., before joining the Wilmington, Vt., Police Department. An Army Ranger, he was killed near Ramadi, Iraq, in 2005. Mark was posthumously awarded the Bronze Star and Purple Heart. His funeral was attended by Vermont Senators Patrick Leahy and Bernie Sanders and Representative Peter Welch.