Confronting the Pandemic | What Would Rosie Think? 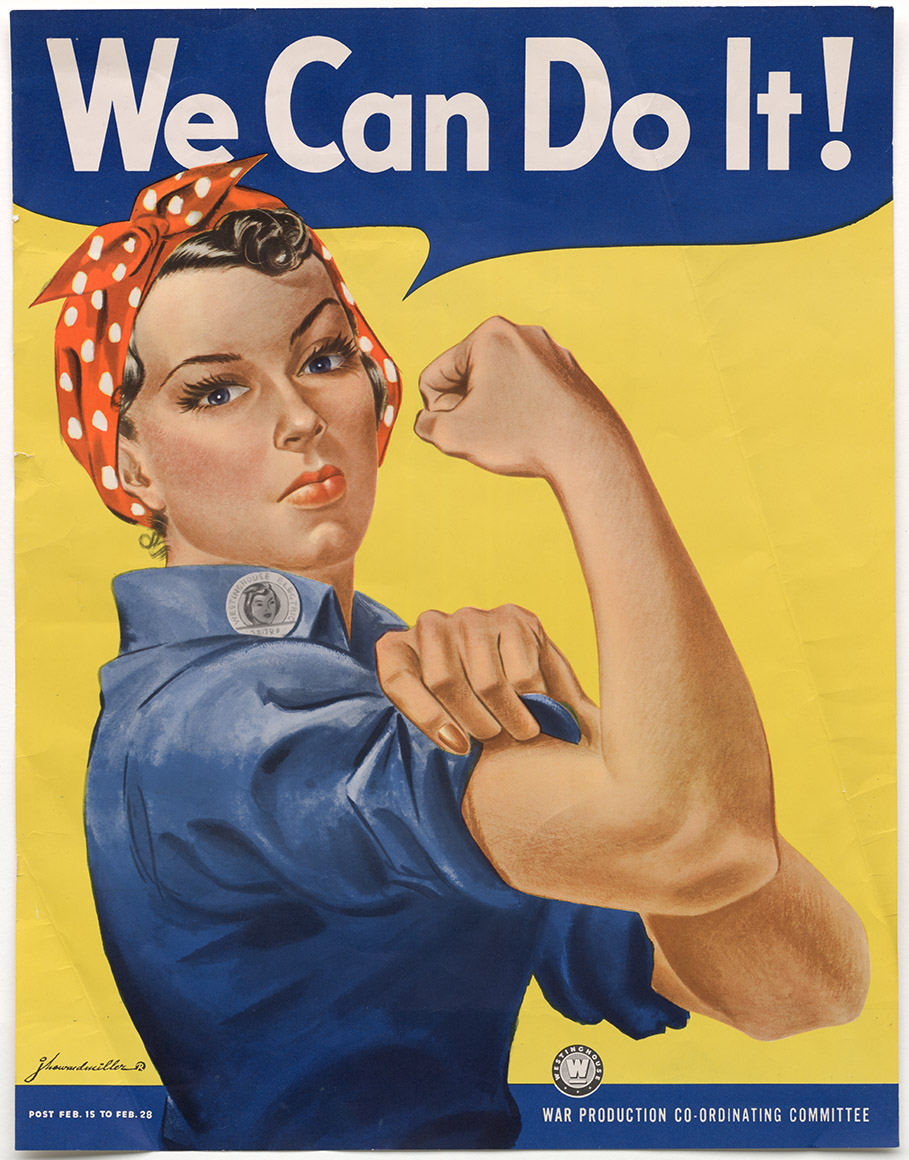 The author is a Charles A. Dana Professor of History and a former Air Force intelligence officer.

Military historians have a tendency to see everything through the lens of war. The public does too: The War on Poverty. The War on Drugs. The War on Terror.

But I would say this of our present struggle with COVID-19: It’s not a war. A fight, yes. One of the biggest fights ever. But not a war.

This is not a war, and it is not good versus evil. This is a fight against a non-living infectious agent that threatens all human beings. Unlike a war, this fight transcends politics, religion, race, and ideology.

Calling it a “war” implies there are military solutions. It provokes people to start looking for human, rather than viral, enemies. It incites some to “wag the dog” to divert our attention and resources to false targets. But there is no military solution.

Yes, there are front lines. The front line is our medical professionals, working on a shoestring. Those who drive and ship and deliver things so more of us can stay at home and flatten the curve. Those who invent and produce and research.

Most of us can’t serve on those front lines right now. In this crisis, for many people the best way to serve is to stay in, stay out of the way. We can do our part in this fight by not aiding and abetting the virus, which needs us to spread it to others. If a person with coronavirus infects just three others, and each of them also infects three more, within ten cycles 59,000 people are infected.

“Rosie the Riveter” was the symbol of American women who left their homes and went to work in factories during the Second World War. Fighting the COVID-19 pandemic requires a different kind of effort. Women and men alike—people of all ages—are asked to stay home. If Rosie had been told she could best serve her country by staying home, that’s where she’d be.

“Typhoid Mary” was an asymptomatic carrier of typhoid who infected 51 people in New York in 1906 (3 died). Mary Mallon didn’t know, at first, that she was a carrier. After she was identified, she was required to live in isolation. She got tired of that, and in 1915 was discovered working as a cook in a maternity hospital, where she caused more infections and more deaths.

Choose your role model: Rosie the Riveter or Typhoid Mary?

We can learn from wars, certainly. America is already repeating patterns from previous wars. We enter late; we are not the first in the fight. Others take the first blows. We don’t think we have a stake in things when the disaster is far from our shore. There is a pattern of denial about how bad things are. Our own survival is rarely at risk. We sit back and hope it will go away. We are poorly prepared. Only when we feel personally threatened do we recognize that global threats can threaten our nation as well. We shed our isolationism and get into the fight.

America was often late to the game in war¬time—but we came through. We fought not just for ourselves, but for others—because it was the right thing to do.

In the past, America rarely faced a threat on its own soil, to its civilian population. We are used to safety and relative comfort. Wars were good for America economically; the Second World War catapulted us out of the Great Depression. We planted victory gardens, but in Leningrad people ate bread made from sawdust and meat made from . . . best not to say.

But the coronavirus fight is not like those wars. COVID-19 is not good for the economy, and the death toll to our civilians is already disproportionately high. At this writing, unemployment is presently around 5 percent. But some analysts believe it could approach 25 percent, a figure not seen since the Depression.

When Roosevelt famously told Americans in his 1933 inaugural address that “the only thing we have to fear is fear itself” he wasn’t talking about war; he was referring to the Great Depression.

Fear. Watching panicked individuals fighting over toilet paper was not a proud moment for our country. I had to wonder: What would Rosie think?

“Fear is the mind killer,” science fiction author Frank Herbert would later write in Dune. Before either FDR or Herbert, Marie Curie wrote that “Now is the time to understand more so that we may fear less.”

We can learn more from past epidemics and pandemics than from past wars. The great plague of Athens in 430 BCE. The Black Death of the 14th century. The flu pandemic1 of 1918–20, which infected half a billion people and killed between 17 and 100 million.2

America knows how to lead from the front. It may take us a while, but we usu¬ally get there. We need to lead from the front, not as warriors, but as healers. Learn from those who are presently fighting more effectively than we are. We can draw on the resolve and shared sacrifices of previous wars and previous epidemics. We need community, collaboration, teamwork—not war.

As FDR told us in 1933: “This is no unsolvable problem if we face it wisely and courageously.”

Author and Charles A. Dana Professor of History Reina Pennington specializes in military, Russian, and European history. A former Air Force intelligence officer, she served as a Soviet analyst with F-4 and F-16 fighter squadrons, Aggressor squadrons, the Defense Intelligence Agency, and the Alaskan Air Command and as a presidential counselor for the National WWII Museum.

1 This so-called “Spanish Flu” was spread by war and military forces and may have originated in the United States.

2 The first two waves of this flu, in 1918, acted very differently. The first wave was a lot like “regular” flu, killing mostly the old and infirm. But almost half the deaths in the second wave, in the fall of 1918, were among people under the age of 40.