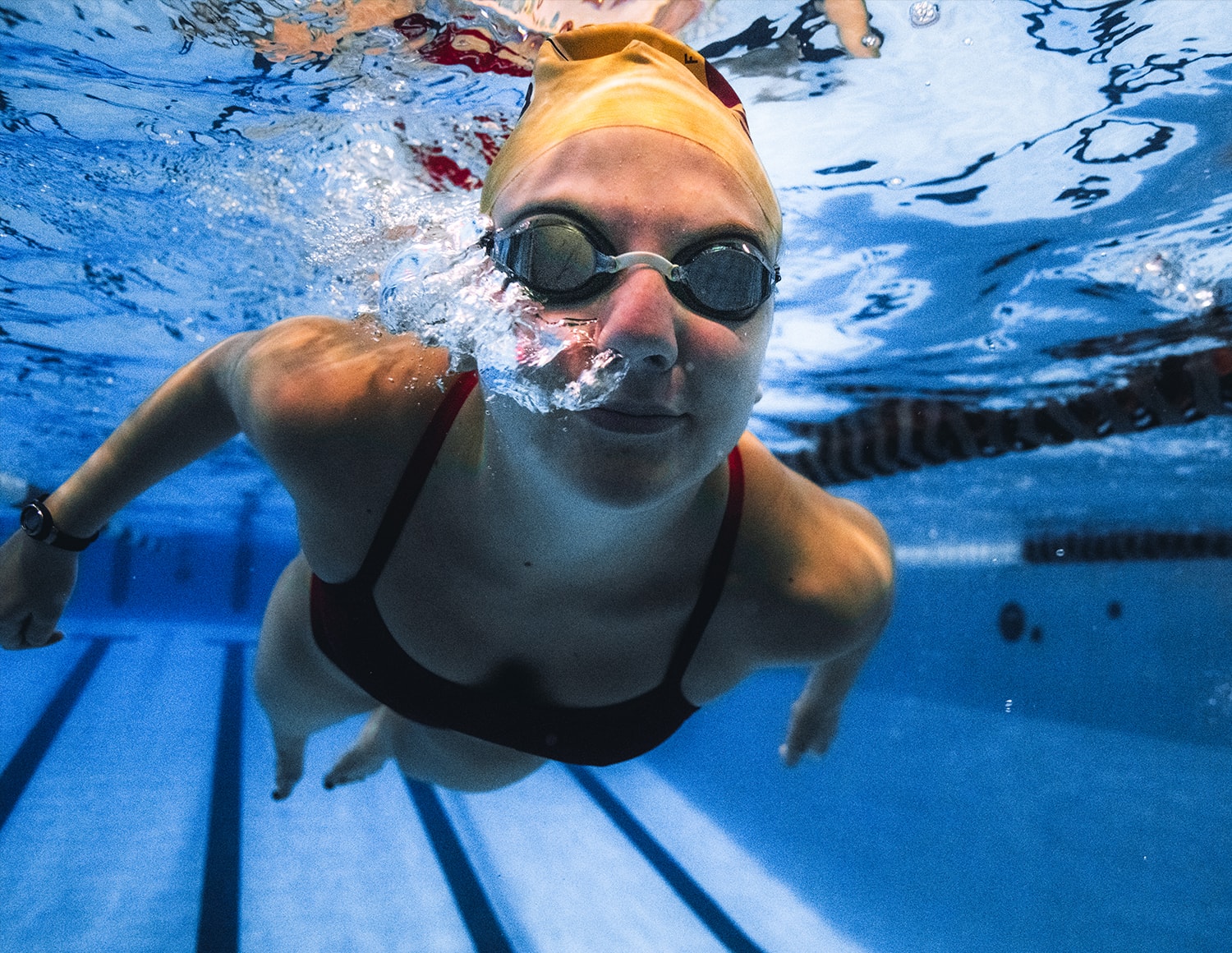 Jamie Heath first began swimming when she was 6. Just a year lat­er, everything about her life — in­cluding her ability to paddle — was about to change. Blood vessels in Jamie’s brain became tangled, short-changing her brain of oxygen. At the tender age of 7, Jamie had experienced a stroke.

Jamie suffered from a rare condi­tion known as an arteriovenous mal­formation (AVM). In her case, the tangle of blood vessels—the strangled mix-up that caused her stroke—were located in her brain stem. Brain AVMs are rare, occurring in only 1 percent of the population.

Which is why Jamie’s doctors were initially puzzled when she first dis­played stroke symptoms. Yet, they soon discovered her brain hemorrhage and its cause. But as her doctors began ex­ploring courses of action, the picture grew more complicated. For Jamie, surgery was simply not an option. Her AVM was located on her brain stem, making it inoperable and setting her on a long and difficult road to recovery, one that was years in the making.

Jamie spent the first two and a half weeks at Spaulding Rehabilitation Hos­pital in Boston before undergoing pro­ton beam radiation to shrink her AVM. Jamie made a full recovery. And she continued to receive ongoing treatment to reduce the size of the tangled blood vessels that were still lodged in her brain stem. But when Jamie, then 12, was nearly a teenager, she knew some­thing was seriously wrong once again.

To her dismay and her family’s, she learned that another brain bleed had occurred. By now, Jamie knew a lot about her condition, and she was in­credulous that she had experienced yet another stroke. Her disbelief was so great that she wondered if it could pos­sibly be real. Hardest, perhaps, was the idea of beginning the rehabilitation process all over again. For Jamie, the blow was beyond disheartening, and for the next three years, she battled de­bilitating depression.

“I didn’t want to get out of bed,” Ja­mie recalls. “I just wanted to stay home and watch movies.”

Jamie and her father, Todd, mother, Joanne, and older brother Josh realized they needed to find a way to lift Jamie out of her darkness. Physical therapy would help her body recover. But it was a tall order the second time around. Jamie had to relearn how to do almost everything. The first stroke Jamie ex­perienced when she was seven had dis­rupted her brain waves. After her second stroke, that earlier disruption had primed some initial paralysis on Jamie’s right side.

As physical therapy continued, the Heath family saw that Jamie needed a mental lift. So they applied to the Make-a-Wish foundation, sharing her dream of swimming with sea turtles in Hawaii. Her wish was granted and four years ago, she flew to the island archipelago and swam in the Pacific with those graceful, silent creatures.

The experience was a turning point for the young swimmer and her ulti­mately indefatigable spirit. “I am just like one of those baby turtles fighting its way to the ocean to live,” she reflects now. “I’m going to be one of (the ones) who makes it.”

Now a sophomore transfer student at Norwich, Jamie has made the roster on the Cadets women’s swim team, where she competes in the butterfly. Little does her competition know that they’re up against a swimmer who feels the will and pull to life of a tenacious ocean spirit.