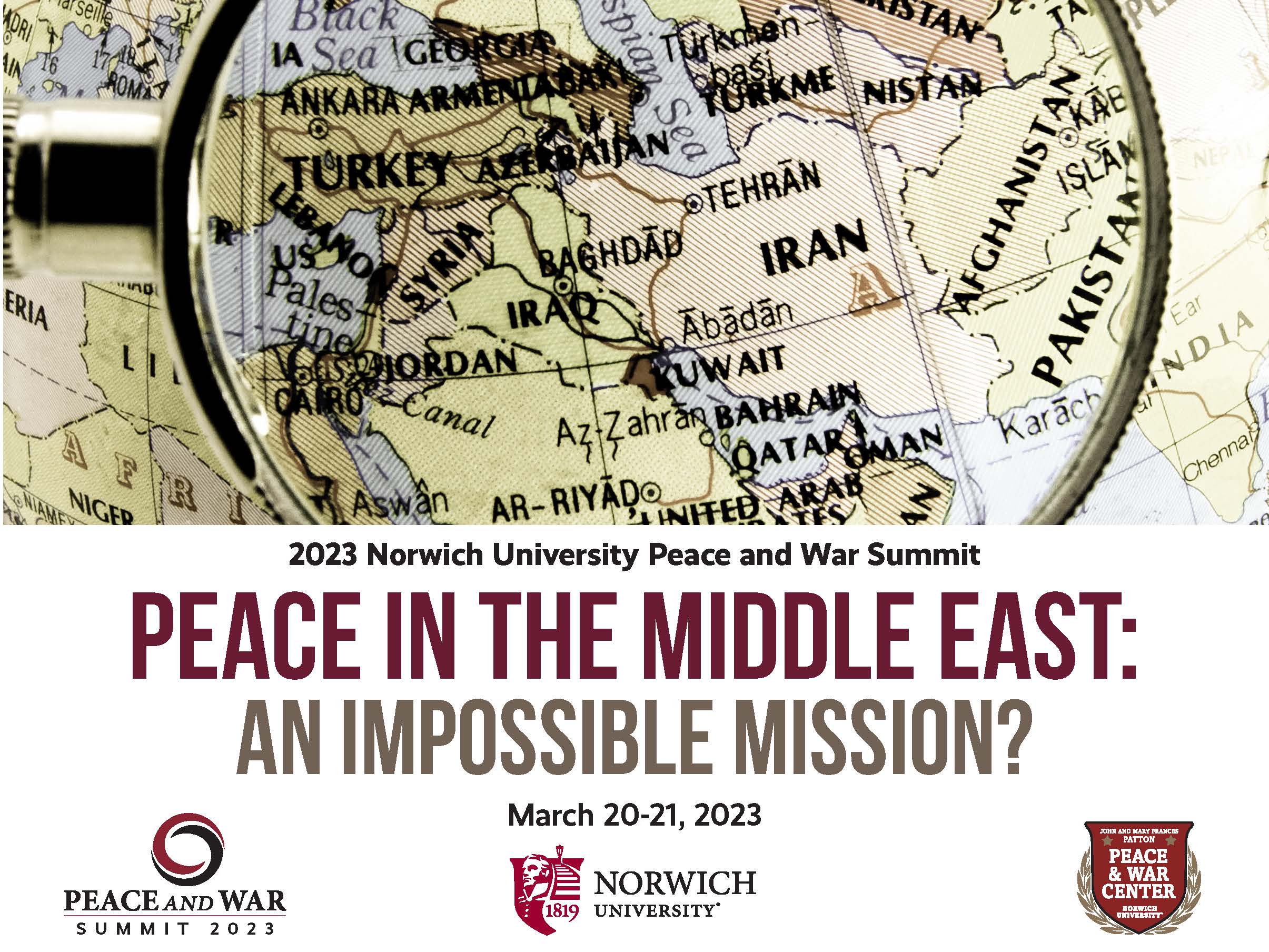 Peace in the Middle East: An Impossible Mission?

The world community is confronted with a series of significant challenges. These challenges include escalating great power rivalries between the U.S. and China/Russia, concerns over nuclear war, economic instability, climate change, and pandemics. In this global context, the Middle East is engulfed in turbulent geopolitical dynamics, such as the power vacuum caused by U.S. disengagements in the region as well as the intensification of sectarian competition between Iran, its proxies and Israel and Sunni Arab countries. Thus, the Middle Eastern regional order remains complex and unstable while facing the lingering Israeli-Palestinian conflict, unstable economic conditions, and tumultuous civil war-like conditions in Syria, Libya, and Yemen. Norwich University’s 4th Peace and War Summit thoroughly addresses these challenges in the Middle East to advance our understanding of the region and outline effective solutions to construct a more peaceful regional order.