The biographies of our 2022 distinguished featured guests appear below. We invite you to learn more about them. 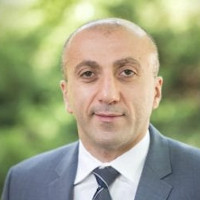 Giorgi Tsikolia currently serves as Charge d’affaires, Embassy of Georgia to the United States. Tsikolia was appointed Deputy Chief of Mission (DCM) at the Embassy of Georgia to the United States in August 2015. From October 2016 until January 2017, Tsikolia also served as the embassy Charge d’affaires. As a DCM, Tsikolia is responsible for the daily operations of the embassy, the largest Georgian diplomatic mission in the world. Supporting the ambassador, Tsikolia manages economic, political, public relations and administrative teams, leading engagement to the U.S. business community, administration, members of congress and academia. Prior to his posting, he was the CEO of Enterprise Georgia, the Georgian Entrepreneurship Development Agency. There, he was responsible for the establishment of the first major government institution mandated to facilitate private sector development through a variety of financial and technical support mechanisms, as well as export support. In addition to overseeing the agency’s daily activities, Tsikolia played a critical role in introducing and developing the government initiative, Produce in Georgia. From 2011 until 2014, Tsikolia worked as a first deputy CEO at Invest in Georgia, the Georgian National Investment Agency, the nation’s main state investment promotion arm, and as a director of investment and export policy at the Ministry of Economy and Sustainable Development. Prior to entering public service, Tsikolia worked as a CEO at number of startups and lead sales and marketing teams in multiple industries. He earned a master’s degree in international relations from Fletcher School of Law and Diplomacy at Tufts University. He holds a bachelor’s degree in international economic relations from Moscow State Open University and a business administration diploma from British Columbia Institute of Technology. In addition to his native Georgian, Tsikolia is fluent in English and Russian. 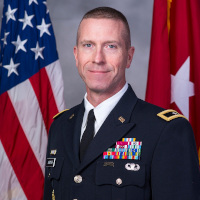 Brigadier General John W. Weidner assumed the duties as Deputy Director, Plans and Policy, United States Strategic Command (USSTRATCOM), on May 4, 2020. General Weidner was commissioned a second lieutenant in 1991 upon graduation from the Army ROTC program at St. John’s University, Collegeville, Minnesota, where he earned a Bachelor of Science in physics. He completed a Ph.D. in medical physics from the University of Wisconsin-Madison in 2012, and holds Master of Science degrees in medical physics, nuclear engineering, engineering management and strategic studies. His military education includes the Engineer Officer Basic and Advanced Courses, the Combined Arms Services Staff School, the Command and General Staff College and the Army War College. He is also a registered professional engineer in the state of Wisconsin. General Weidner most recently served as the director of the U.S. Army Nuclear and Countering WMD Agency at Fort Belvoir, Virginia, where he led the Army's capability to integrate nuclear weapon effects into conventional operations, and supported Army service component commands with nuclear and countering WMD expertise. General Weidner previously served as the director of the USSTRATCOM Commander’s Action Group, director for Strategic Capabilities Policy in the Defense Policy and Strategy Directorate on the National Security Council staff, and executive director for the Office of Major Modernization Programs, National Nuclear Security Administration, Department of Energy. He also served as an assistant professor in the Department of Engineering Physics at the Air Force Institute of Technology, stockpile associate for the Defense Threat Reduction Agency (DTRA) at Los Alamos National Laboratory, New Mexico, consequence management advisory team leader for DTRA at Kirtland Air Force Base, New Mexico, assistant professor in the Department of Physics at the United States Military Academy at West Point, and deputy district engineer for the St. Paul District, U.S. Army Corps of Engineers. He commanded B Company, 52nd Engineer Battalion at Fort Carson, Colorado and served as an engineer platoon leader at Fort Riley, Kansas and in the Republic of Korea. 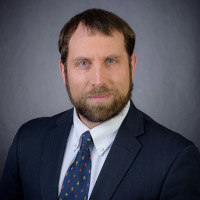 Lyle J. Goldstein is director of Asia Engagement at Defense Priorities. Formerly, for 20 years he served as research professor at U.S. Naval War College. In that post, he was awarded the Superior Civilian Service Medal for founding and leading the China Maritime Studies Institute. His expertise includes maritime security and nuclear security issues, with major focus also recently including the Arctic and the Korean Peninsula. He has published seven books on Chinese strategy, including Meeting China Halfway. He speaks Chinese and Russian, and is currently writing a book on China-Russia relations. He holds a Ph.D. from Princeton, an M.A. from Johns Hopkins SAIS, and a B.A. from Harvard. 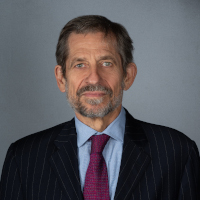 Thomas E. Graham is a distinguished fellow at the Council on Foreign Relations. He is also currently a senior adviser at Kissinger Associates, Inc., where he focuses on Russian and Eurasian affairs. He is a co-founder of the Russian, East European, and Eurasian studies program at Yale University and sits on its faculty steering committee. He is also a research fellow at the MacMillan Center at Yale, where he teaches a course on U.S.-Russian relations. Graham was special assistant to the president and senior director for Russia on the National Security Council staff from 2004 to 2007, during which he managed a White House-Kremlin strategic dialogue. He was director for Russian affairs on the staff from 2002 to 2004. 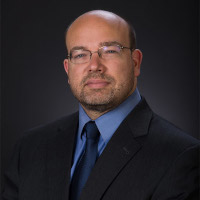 Nikolas K. Gvosdev is a professor of national security affairs at the U.S. Naval War College. He holds non-residential fellowships with Foreign Policy Research Institute, serving as editor of Orbis, and the Carnegie Council for Ethics in International Affairs as co-host of the Doorstep podcast. He is a member of Loisach Group, a collaboration between the Munich Security Conference and the Marshall Center to enhance U.S. and Germany’s security partnership. He is a contributing editor for The National Interest. He has taught at Baylor, Georgetown, George Washington, Harvard Extension and Brown universities. From 2016 to 2020, he served as the Captain Jerome E. Levy Chair in economic geography and national security. 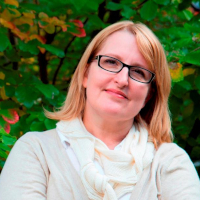 Angela Kachuyevski is an associate professor of political science at Arcadia University in suburban Philadelphia. She specializes in conflict resolution, security studies, minority rights and divided societies, with a particular focus on conflicts involving Russian-speaking minorities in Ukraine, the Baltic States and Moldova. She was a Fulbright Scholar in Ukraine in spring 2018, teaching at Karazin National University, and began field research in Kharkiv and Odesa. She is currently working on a book on shifting identity borders among Russian-speaking Ukrainians based upon extensive fieldwork conducted in 2019 and 2020. 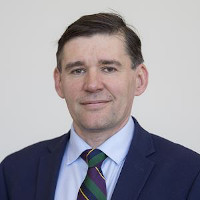 Vitaly Kozyrev is an expert in comparative politics, strategic studies and foreign policy in Eurasia. His major interest is great power politics, East-West relations, international conflict, and the political economy of regionalism and regional integration. From 2014 to 2019, he was an Asia studies fellow at the East West Center, Washington and a senior fellow at National University of Singapore, and served as a senior fellow at the Davis Center of Russian and Eurasian Studies, Harvard University. He was a visiting professor at the European Studies Council at Yale University’s MacMillan Center for International and Area Studies. He also taught at Amherst College, the University of Delaware, Moscow State University and at a number of universities in China and Taiwan. At present he is Professor of political science and international studies at Endicott College in Beverly, Massachusetts. He is also affiliated with the Fairbank Center for Chinese Studies at Harvard University as associate in research. 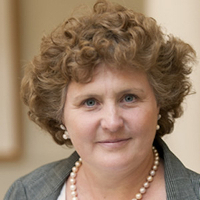 Mary Manjikian teaches national security and homeland defense, as well as graduate-level courses in intelligence, disaster assistance management, national security affairs, and terrorism. She is the author of two textbooks on cyber politics and is also a Fulbright scholar. Manjikian received her B.A. in Russian from Wellesley College and an M. Phil. from Oxford University, U.K., and holds both an M.A. and Ph.D. in political science from the University of Michigan. She has taught at the Joint Forces Staff College in Norfolk, and is a former U.S. Foreign Service officer with service in the Netherlands, Russia and Bulgaria. 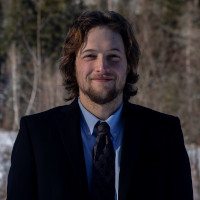 Mark W. Perry is a research associate with the Norwich University John and Mary Frances Patton Peace & War Center. His research interests include information warfare, international migration and social cybersecurity. Mark holds a Master of Arts in International Policy and Development from the Middlebury Institute of International Studies in Monterey, California. 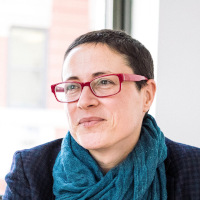 Jessica Pisano is associate professor of politics at the New School for Social Research in New York City and an associate of the Davis Center for Russian and Eurasian Studies at Harvard University. She writes about people and land in contemporary and twentieth-century Eastern Europe. Her research focuses on how economic change affects people’s lives and how those effects translate into changes in local, national and global politics. She is the author of Staging Democracy: Political Performance in Ukraine, Russia, and Beyond, forthcoming with Cornell University Press in July 2022. Her book, The Post-Soviet Potemkin Village, published by Cambridge University Press, won the Davis Center Book Prize in Political and Social Studies. She is currently writing a twentieth-century political history of a rural street in Eastern Europe. And, she is the author of a series of articles on American impeachment and Ukrainian and Russian politics for the Washington Post online. 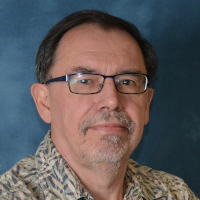 Peter Rutland is a professor of government at Wesleyan University and vice president of the Association for Study of Nationalities. He works on nationalism and political economy in the post-Soviet space. His recent articles include “Understanding Putin’s Russia” in Perspectives on Politics 2021, and “Nation-building in the Baltic states: thirty years of independence” in the Journal of Baltic Studies 2021. 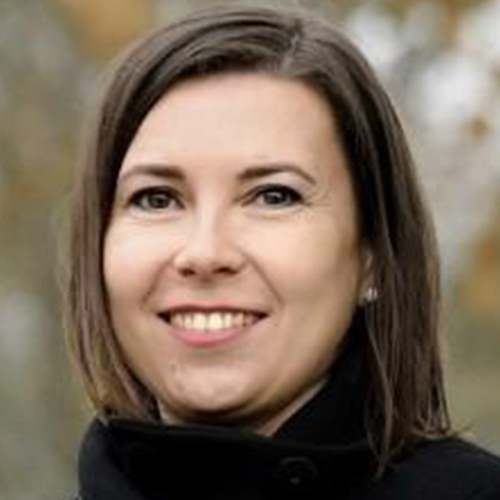 Eszter Szenes is a Marie Skłodowska-Curie Actions Research Fellow at the Department of Sociology and Social Anthropology, Central European University, Vienna, Austria. She is currently hosted by the John and Mary Frances Patton Peace & War Center as a visiting scholar and is a senior fellow at the Center for Global Resilience and Security at Norwich University. She holds a Ph.D. in Systemic Functional Linguistics from the University of Sydney. Her research interests include violent extremism, information warfare, critical thinking and disciplinary literacies. Her current research project investigates the linguistic anatomy of radicalization strategies in online extremist propaganda and information tactics within disinformation campaigns. Her most recent work investigates Russian disinformation campaigns on Twitter and the links between climate change and violent extremism. 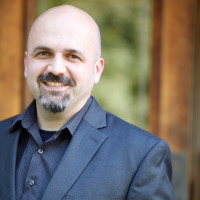 Lasha Tchantouridzé is a professor and director of the graduate programs in diplomacy and international relations for Norwich University. He is also a Harvard University Davis Center associate a Research fellow for the Center for Defence and Security Studies at the University of Manitoba, Winnipeg, Canada, and an advisory board member of the John and Mary Frances Patton Peace & War Center at Norwich University. He earned his Ph.D. in international relations from Queen’s University, Kingston, Ontario, Canada. 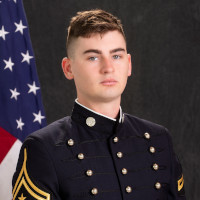 Ethan Owens (Norwich University) is a fourth year cadet and a member of Norwich Army ROTC. He is a double major in political science and history and will commission as a second lieutenant in the United States Army upon graduation in May 2022. 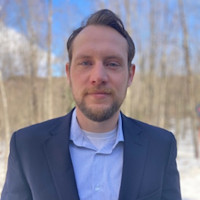 Caleb M. Reilly (University of Vermont) is a Special Forces captain who earned a B.S. in American history from the U.S. Military Academy and commissioned as an infantry officer in 2011. He is studying to earn an M.A. in history at the University of Vermont. His academic interests include the history of Allied special operations during World War II, and twentieth century American foreign policy. His publications include an article in Special Warfare detailing his experiences as a Special Forces Detachment Commander, and in History Review comparing the Circassian and Armenian genocides. 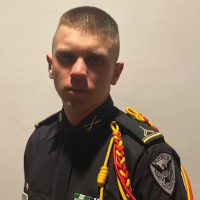 John Walsh (Norwich University) is a sophomore at majoring in criminal justice with hopes to pursue a Spanish minor. He is a Navy ROTC midshipman and is contracted with the U.S. Marine Corps. His presentation at this conference reflects his diverse interests in world cultures, literature, art, and politics and violence.