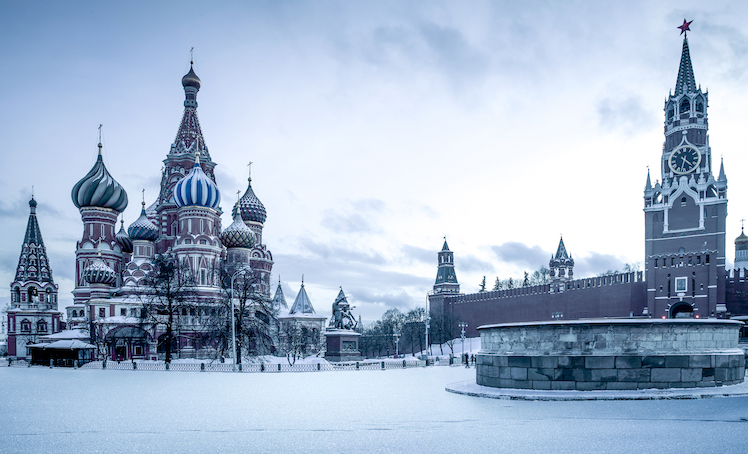 ewspapers and journals have concentrated recently on the prospects for Putin using a nuclear weapon, most likely a low-yield one, in the conflict with Ukraine. This danger, while sizeable, is not the only one that the world faces as a result of Putin’s reckless invasion. Equally problematic, and perhaps more deadly, in my view, is the threat of a civil war in Russia following Putin’s departure from office (one way or another). This opinion piece explains why I believe a civil war is likely.

First, there is no agreed-upon and legitimate means of ousting Putin. Putin’s autocracy has been built on de-institutionalization of the Russian political system and the de-mobilization of political activity. Russian elections are a sham and, in any case, Putin does not need re-election until 2024. The war is unlikely to last that long, in my view, as Russia’s people and economy are undergoing truly horrendous losses and so pressures to end it will presumably increase. But Putin has gone “all-in” on his Ukraine policy, compounding the original mistake of invasion and putting himself in a position from which he cannot retreat. Short of resignation, this means the only way to change course from the war in Ukraine is to eliminate Putin physically. Yet doing so would once again in Russia’s history open the door to using violence as a regular means of politics in Russia.

This implies the succession becomes a fight. When he originally came to power, part of Putin’s appeal was his ability to balance various constituencies in the Kremlin- including the Siloviki or members of the security services and the liberal business-oriented integrationist camp. With the 2014 annexation of Crimea, that careful balancing act went out of the window and Putin threw his lot in with the Siloviki. Not only is this camp more prepared to use violence to stay in power, it makes it more likely from the opposition too. These groups were never easy bedfellows and the pressures of a collapse of the Russian military will turn them on each other.

Second, the regime’s recently announced mobilization has conjured up its own gravediggers. To further paraphrase Marx, Putin is like the magician’s apprentice who has lost control of the demons of the nether world conjured up by his spells. When the soldiers are fully equipped and trusted to go off to the front lines, there are no guarantees that they will not turn on their masters. It is plausible that they will rationally calculate that they face better odds against their own commanders than the NATO-equipped Ukrainian forces, for instance. From the very beginning, this war lacked majority popular support and appears to have been driven by the imperial fantasies of senior politicians- now the masses are being drafted to fight it, they could turn on their own leaders.

Indeed, the nature of Putin’s quasi-fascist regime has been to mobilize certain sections of the population while keeping most of society depoliticized. While scholars disagree over whether Russia qualifies as ‘fascist’ today, even those who come down against the fascist label like Marlene Laruelle argue that the presence of multiple paramilitary groups inside of Russia does meet this single fascist criterion. Such organizations as the Night Wolves, Yunarmia (a youth army group), and the Cossacks represent pro-regime (and, it has to be said, mostly pro-war) armed formations. These groups are well-armed and numerous. In the event of a succession struggle, then, there are specialists in violence of differing allegiance. Such a situation makes civil war probable.

This does not even take into account the third and most commonly cited reason for a potential fracturing of the Russian state, the ethnic dimension. While Russia is roughly 80% dominated by ethnic Russians, one of the legacies of Soviet social engineering was the geographic concentration of its ethnic minorities. The ethno-federal system of the Russian Federation posited Chechnya as a homeland for Chechens, Chuvashia for the Chuvash, Buryatia for the Buryats, and so on. In some of these ethnic republics, ethnic Russians are a small minority, and this is particularly the case in the North Caucasus. Even before the war, Russian analysts warned of the consequences of the Russian exodus from the region. With the growing perception that ethnic minorities are bearing the costs of the war (as witnessed by protests in Buryatia and Dagestan in response to mobilization), a successor to Putin would have the nearly impossible task of satisfying competing demands. Moreover, the Ukrainians have entirely reasonably been encouraging ethnic resentment in Russia to undermine it- as in Zelensky’s appeal to ethnic minorities.

This is not even considering the presence of wild-card actors like Ramzan Kadyrov in Chechnya. Kadyrov, a thuggish regional warlord who dominates Chechen politics mostly through his ruthlessness, is capable of marshaling his own armed forces (the Kadyrovtsy) and has previously come out strongly in favor of the war, even to the point of using nuclear weapons. Kadyrov has tied himself so closely to Putin that if the Russian leader was removed, it is difficult to imagine how Kadyrov could co-operate with any anti-war successor. Based on his history, in fact, the most likely response from Kadyrov would be to act against anyone who opposed Putin- including with his own army.

The final reason to think a second Russian Civil War is imminent lies in the fact that Russian society has increasing access to firearms. While guns have been tightly regulated in the past, like in most European countries, since the start of separatism in Luhansk and Donetsk provinces the country has become awash with them. Even before the start of the current conflict, Russia had seen some mass shootings in educational institutions of the kind we associate with the United States. What makes them different to those in the U.S., however, is the anti-state salience of such mass shootings- evident in the most recent such event on September 26th. Violence becomes a more ready solution if the means are within easy reach.

Of course, critics will say I am overly pessimistic and too committed to a future in which civil war is inevitable. They may indeed be right—I was among those who thought Putin would not actually invade Ukraine fully a second time due to the enormous risks involved- but the longer this pointless war goes on, the more dramatic will be the denouement. Ultimately, it seems to me, the mix of unclear political succession, armed populace, ethnic grievance, and penetration of firearms into the country will lead to a second Russian Civil War—one for which the United States and her partners must be prepared given the enormously destructive weapons involved.

Richard Arnold is Associate Professor of Political Science at Muskinugm University where he teaches comparative politics and international relations. The author of two books on Russia, Arnold has published in top-tier journals including Post-Soviet Affairs, Theoretical Criminology, Problems of Post-Communism, and PS: Political Science and Politics. He is also a member of the PONARS network and has presented to the US and UK governments on issues involving Russia.

By Richard Arnold
Category: Voices on Peace and War
October 12, 2022