Should Canada Worry about American Governability and Habitability? 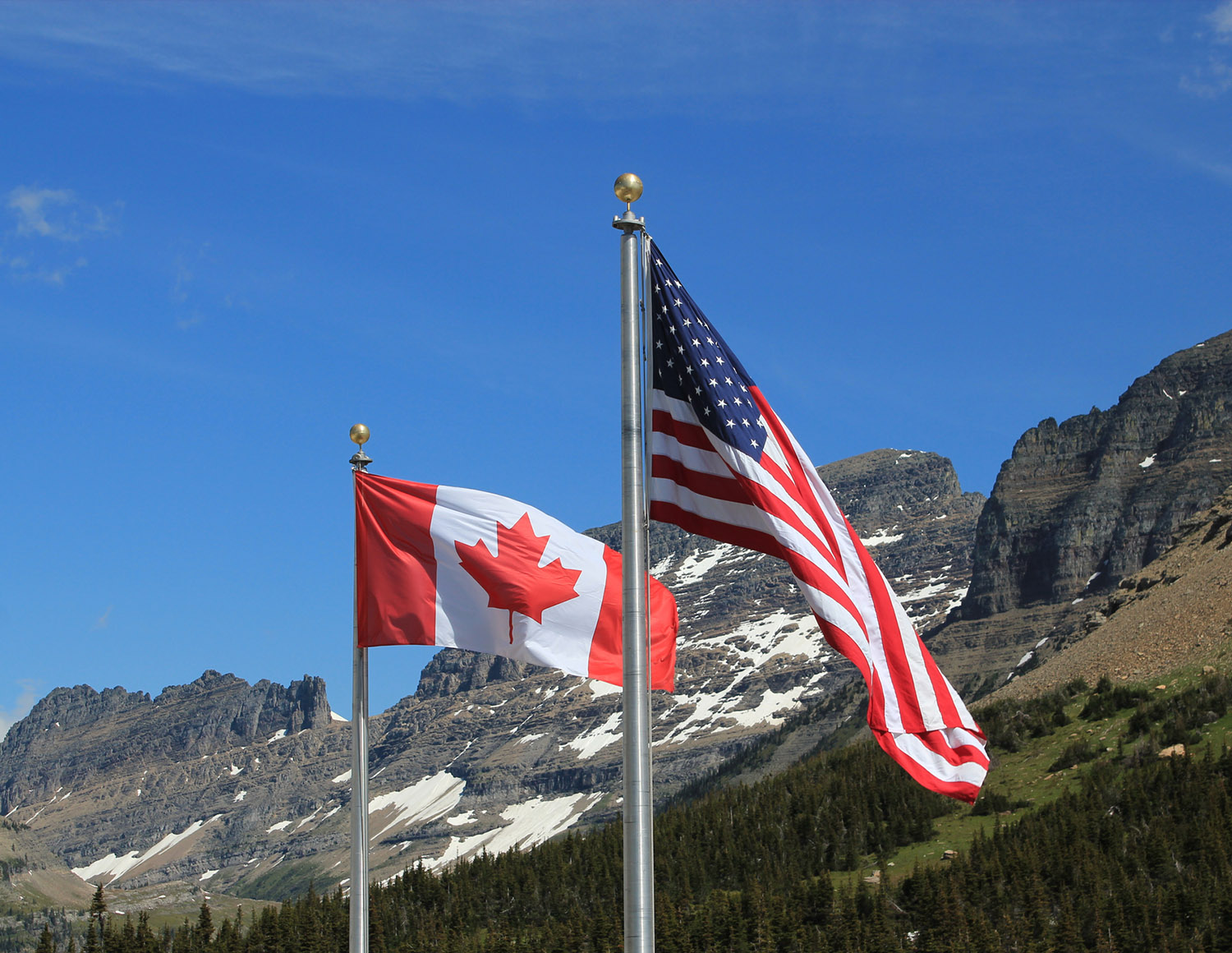 t is time for Canadians to take a serious look at our neighbourhood – Russia to the North and the US to the South.

Any country bordering Russia – even across a frozen sea – has cause for concern these days. New sea lanes and more exploitation of arctic gas and oil by state-owned companies starved of world-class technology make Canada’s military and environmental defence more urgent than ever. Our southern neighbor also needs a hard look.

In January this year Thomas Homer-Dixon wrote about the US: “The country is becoming increasingly ungovernable, and some experts believe it could descend into civil war.” Homer-Dixon cites political polarization, media manipulation, and declining integrity of the electoral process. Economic inequity, demographic changes, and pervasive elite selfishness further rile a heavily armed population prone to mistrust government. How should Canada prepare? Beyond ungovernability we might add uninhabitability. The Intergovernmental Panel on Climate Change (IPCC) and the US Environmental Protection Agency agree that climate change is already impacting the US. Sea level rise may have a longer fuse, but rising temperatures, extreme weather events, fires, floods, water shortages, and crop failures are already affecting the American south. A 2020 Pew Research poll found that 63 percent of Americans say climate change is currently affecting their community either a great deal or some. There are about 124 million Americans living in climate-affected southern states. Northward migration is a question of how many and how soon.

Canada and the US are iconic friends and allies, with a huge flow of migration north and south across the longest undefended border, a well-established economic partnership which is the envy of many countries, and close collaboration on defence and security. Canadians identify strongly with our health care and social safety networks, which would be harder to sustain without free riding on American defence and American prosperity. Canada is justifiably envied for its helpful big neighbour by countries like Finland, Mongolia, and Ukraine, which cope with tougher neighbourhoods.

But there are two existential threats to Canada in which America might feature: dissolution and absorption. Dissolution of Canada could arise from oft-threatened secession, perhaps encouraged from abroad. We still remember French President Charles De Gaulle’s “Vive le Québec libre!” Many Canadians get nervous about Texan tendencies in oil-rich Alberta, and its links to America’s right-wing politics. Absorption would be signalled by our inability to make our own decisions or to choose freely our own government. An American government under stress might encourage secession or jingoistic intervention to access land and resources. American government and commercial interests have perfected tactics of foreign influence and elite capture, and these have long featured in Canada’s national nightmares.

America’s war with Britain (1812-1814), the Fenian raids (1866, 1870), the unexecuted Canadian Defence Scheme 1 (1921) and American War Plan Red (1930) are the modest high points of Canada-US armed conflict, but fantasies of American aggression have persisted as a genre in Canadian fiction, from Richard Rohmer’s Ultimatum (1973) and Exxoneration (1974) to Douglas Bland’s Uprising (2010) and Joe Mackinnon’s Faultline 49 (2012). Whether coming for Canada’s resources, keeping the Russians out, or keeping the natives down, the American behemoth is a convenient spur to Canadian identity and nationalism, according to literary critic Robert McGill’s War is Here. But in all these narratives the threat is American strength, not weakness. American fragmentation and disruption are something new for Canada to worry about.

Consider the destabilizing impact of climate-induced migration. Can Canada expect America’s gridlocked governance to manage climate crisis and mass migration? A growing disenfranchised underclass, online interference, a heavily armed population, racial polarization, and distrust of government all bode ill for our common future. The affliction is more advanced in the US than Canada, but no seat of government from municipalities to national capitals can be complacent. Nor can Canada expect to defend itself along a thin border from a collapsing US; we are in this continental lifeboat together.

To the extent that hostile forces threaten Canada’s social and political fabric, we might hope that countervailing pressure and cooperation from the US would help limit the assault, whatever form it takes. Foreign funding, financial manipulation, infiltrated weapons, agents provocateurs, deception and misinformation, cyber-attacks, assault on institutions, and aggressive use of the law are some of the tactics that undermine governments and break down social cohesion. We have seen them used by states and non-state actors around the world both sporadically and as orchestrated attacks. In coming decades, actors in Russia, China, America and elsewhere might initiate these forms of hostile action against Canada. Uncomprehending fear of fifth columns and witch hunts will make threats worse. Good neighbours will help constrain bad actors. Can Canada count on the US to remain a good neighbor?

The so-called Freedom Convoy across Canada in February 2022 revealed cracks in Canadian social cohesion and developed new tactics for disruption. It might be just the beginning. Dramatically different understandings of reality were manipulated to generate violent conflict. Tucker Carlson and Fox News contributed drumbeats, and American funds helped fuel the convoy. QAnon conspiracy theories and calls to overturn Parliament and jail or hang the Prime Minister jumped the border. How does Canada defend against this kind of help from the South?

Listening and acknowledging reasonable differences is part of the antidote, but there’s no benefit from listening to QAnon and its ilk. Consciously building cohesive communities around a common narrative is a more robust strategy for resilience. Climate change response might be a common narrative that resonates north and south of the border. Beyond a common narrative, cohesion needs to be built on routinely practiced cooperation, community-level organization, and resources for emergency response.

Stockpiles are necessary, but there’s a caution here. Yugoslavia’s strategy of survival and national resistance produced trained manpower and cohesive community command structures with stockpiles of fuel, weapons, and ammunition that turbo-charged its civil war. Notwithstanding the huge reservoir of uncontrolled weapons in the US—and the growing number flowing north illegally—a focus on non-violent community organization, supported by community policing and a reliable military reserve with a strong local footprint is the way to link human security to national security, on both sides of the border.

Community security should focus on the basics: water, food security for all, robust power, medical services, and emergency response. Along with this community-based strategy, we urgently need to enhance civic education and inter-regional understanding. We must not risk digitally exacerbated schisms between groups. Federal and state/provincial funding for people-to-people connections and youth activities are a national security priority but should not be militarized. Youth groups like scouts and cadets may have had paramilitary origins but can have a positive influence with the right sort of leadership. They are national assets and could be reintroduced to high schools as part of a national program emphasizing non-violent defence, common identity, and environmental response. This recipe might be applied from the top down and from the bottom up in Canada to pre-empt polarization and regional fragmentation, but distrust and polarization may limit the reach of Washington’s leadership. Ottawa may have to seek low-key allies in state governments if chauvinism and strongman tendencies return to the White House.

Community organizing won’t be enough. Careful defence spending and larger Canadian Armed Forces are still needed to meet Canada’s commitments to international security and defence of the north, and to have enough left to support human security and national cohesion. American governments must be confident that Canada can hold the Northern flank and defend itself, but if American governments falter, or threaten Canada, or fail to manage an exodus of climate refugees, Canadian solidarity and community cohesion are our first lines of defence. The lights aren’t going out yet, but there are some rough decades ahead. Time to prepare.

David Last served 30 years in the Canadian Army and has taught political science at Canada’s Royal Military College since 1999.  He held the Fulbright Canada Peace and War Studies Chair at Norwich University in 2016, serves on the board of the Peace and War Centre, and is Secretary to the International Society of Military Sciences, a network of defence universities in small democratic countries.

Homer-Dixon, Thomas, “The American polity is cracked, and might collapse. Canada must prepare,” Globe and Mail, 2 January 2022.