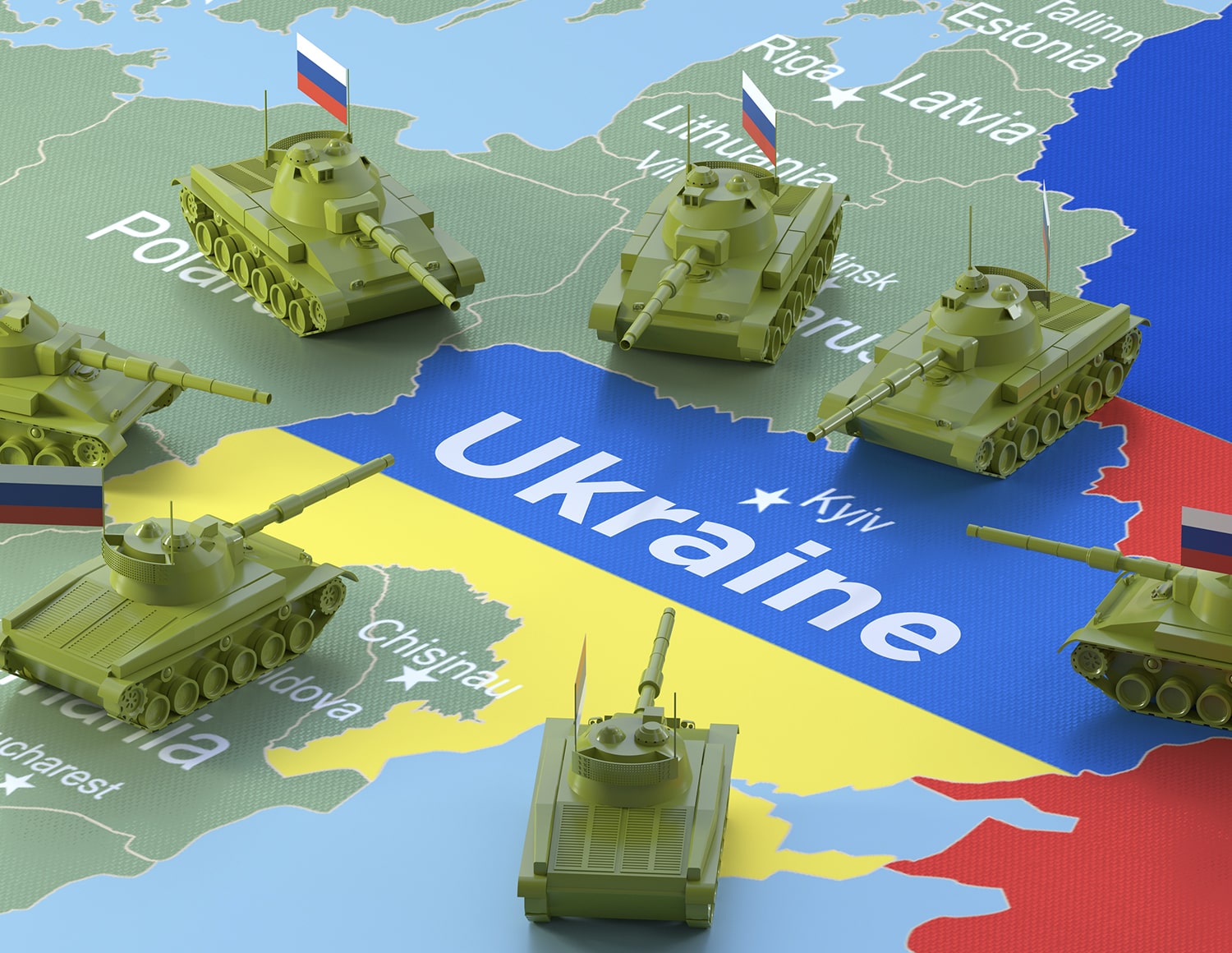 When contemplating a military undertaking, it pays the powerful to return to the classics. Had Vladimir Putin remembered his Thucydides, he’d have thought twice about invading Ukraine.

As this piece goes to press, the war in Ukraine is in a state of gridlock. Humiliated by fierce Ukrainian defense and swingeing counterattacks, Russia has shifted its objectives (the capture of Kyiv is now out of the question) and withdrawn its forces to focus its so far miserable efforts on securing the South. My colleague John Spencer, chair of urban warfare studies at the Madison Policy Forum, was right on point: the Russians have been outclassed in almost every way. Putin the Great — the Russian potentate clearly thinks of himself as a latter-day national hero—must be in a state of shock. The aging Kremlin hardliner thought Ukraine a forever part of the Motherland, but Ukrainians want not a bar of him or his authoritarian regime. As Thucydides tells us in his History, a war waged without proper thought to its potential cost is a foolish undertaking.

In 424 B.C., the Athenian general Thucydides was held accountable for the Spartan capture of the strategically significant town of Amphipolis and was exiled to the area of Thrace (now bounded by Northern Greece, Bulgaria, and Turkey) where he was permitted to live among his former enemies. Armed with an intimate knowledge of their way of thinking, and with the benefit of hindsight, he saw that “the real cause (of the Peloponnesian War was) the growth of the power of Athens, and the alarm which this inspired in Lacedaemon” (Book 1, Ch.1, s.23). This is, of course, the famous “Thucydides trap,” a term popularised by political scientist Graham T. Allison who wrote of a tendency for war to erupt where a hegemon feels threatened by an emerging power.

As Thucydides tells us in his History, a war waged without proper thought to its potential cost is a foolish undertaking.

Returning to the present imbroglio, Putin might have felt threatened by NATO, but there is no evidence of widespread consternation among Russians. Any feelings of insecurity are Putin’s alone and amount to personal paranoia. Evidence of his increasing isolation in the Kremlin would tend to support this thesis. Regardless, this was Putin’s first great error of strategic assessment. To inversely channel President John F. Kennedy on Cuba (Oct. 22, 1962), NATO posed and poses no “real and present danger” to Russia — yet Putin attacked.

The Russian president’s second great failure of strategic assessment was his miscalculation of the world’s will to support Ukraine. Thucydides might have helped him here, too. In what is one of history’s most concise and telling records of strategic assessment, Thucydides details the Lacedaemonian king’s warning to his generals: to attack the Athenians, he argued, would be to attack a powerful foe, but Lacedaemonia, he added, would also be confronting numerous Athenian allies who would make available significant resources. Rather than engage such a foe, King Archidamus cautioned his countrymen to judiciously remonstrate with the Athenians.

Back to the present crisis, while Ukraine clearly has nowhere near the power of its adversary, the world is weighing in on its behalf with an increasingly discombobulating set of sanctions (even Switzerland, neutral for two hundred years, is in on the act) and material support in the form of arms flowing in across the nation state’s western border. Had he read Thucydides, Putin might have thought twice. Instead, he attacked — outraging the friends of Ukraine.

But Putin’s errors of strategic assessment do not stop here. As Thucydides also makes clear, when backed into a corner, ordinary men often become extraordinary leaders who can galvanize their people against a mighty foe. Nowhere in his History does Thucydides make this clearer than in the famous funeral oration given by a beleaguered Pericles at the end of the first year of the Peloponnesian conflict. Having organized a series of tactical withdrawals for which he was criticized and having heard the despair of his countrymen as they gazed upon the desecration of their land, Pericles delivered a speech that, for a time, turned the tide of the war. In this address, Pericles praised his men, spoke of an intergenerational debt of gratitude, made appeals to principles of liberal democracy, and celebrated the heroism of the fallen.

Here, and then again in an almost equally important address given the year following in which he defended his strategy of creative defence, Pericles inspired those under siege to resist. In the end, the cost to the aggressor was incalculable. Vis-à-vis Ukraine some 2,400 years on, Putin hopelessly underestimated the man he opposes: a man he likely considered a lightweight buffoon; a man who galvanized not only a nation, but the entire free world. As U.S. Army Gen. David Petraeus has recently argued, Volodymyr Zelensky’s “Churchillian” words of “inspiration and direction’ came at a time “when (Ukrainians) couldn’t need (them) more.” Had he read his Thucydides, Putin might have considered the intellectual firepower of the mighty Pericles and thought twice about the verbal dexterity of President Zelensky. Instead, he attacked.

A further blunder of strategic assessment made by Putin was his failure to appreciate the nature of asymmetrical warfare. Here, too, Thucydides offers rich counsel. At the point at which the Peloponnesian allies elected to roll the iron dice (Bismarck’s expression for the taking of fateful decisions), Pericles declared to his generals that the enemy would be hard-pressed to counter a foe that fights asymmetrically: “If they march against our country, we will sail against theirs… ,” he declared. While Pericles died well before Archidamus’ circumvallation of Plataea in the third year of the war, that engagement nonetheless emblematized the former’s approach: against an enemy that enveloped their town, the Plataeans mounted an extraordinarily creative defensive operation that drove the aggressor to the point of despair.

Plataea eventually fell and was leveled, but most of its inhabitants escaped. A siege meant to last a few weeks ground on for two years and netted just 225 noncombatants. In 2022, and in the face of siege, the Ukrainian forces have engaged asymmetrically too. Against the Russians’ relentless shelling with heavy armaments (a tired old tactic), Ukrainian combatants have hit and run, using handheld “fire-and-forget” weapons such as the Javelin that decimate the aging tanks of the enemy. Even if he’d read and dismissed the many examples of the power of asymmetrical strategy in both Herodotus and Thucydides, Putin might have respected modern-day doctrinal assessments that say in an urban setting an assailant needs to send in at least five soldiers for every defender. Yet, he attacked.

In conclusion, in the fifth chapter of Book 1 of his History, Thucydides famously observes that “there is … no advantage in reflections on the past further than may be of service to the present.” I teach my students that while only the untutored would slavishly mobilize in new contexts the strategies of the past (an error repeated in military, commercial, organizational, and political contexts ad nauseum), they should read Thucydides’ History because therein lie important lessons of broad strategic principle — including those just considered. As for the Russian president, he has made many other mistakes of strategic assessment and strategic design, while Volodymyr Zelensky has not. To borrow an idiom, while the Ukrainian president is a legend in his own time, his opponent is a legend in his own mind.

Paul Ryder lectures on strategic dynamics at the University of New South Wales, Sydney, Australia. He is Director of Ryder Consulting Services: http://ryderconsulting.com.au/ He frequently posts on LinkedIn: https://www.linkedin.com/in/dr-paul-ryder-73912628/  His most recent full-length article, "Strategy and Semiosis: Insights from Operation Fortitude" may be found here.