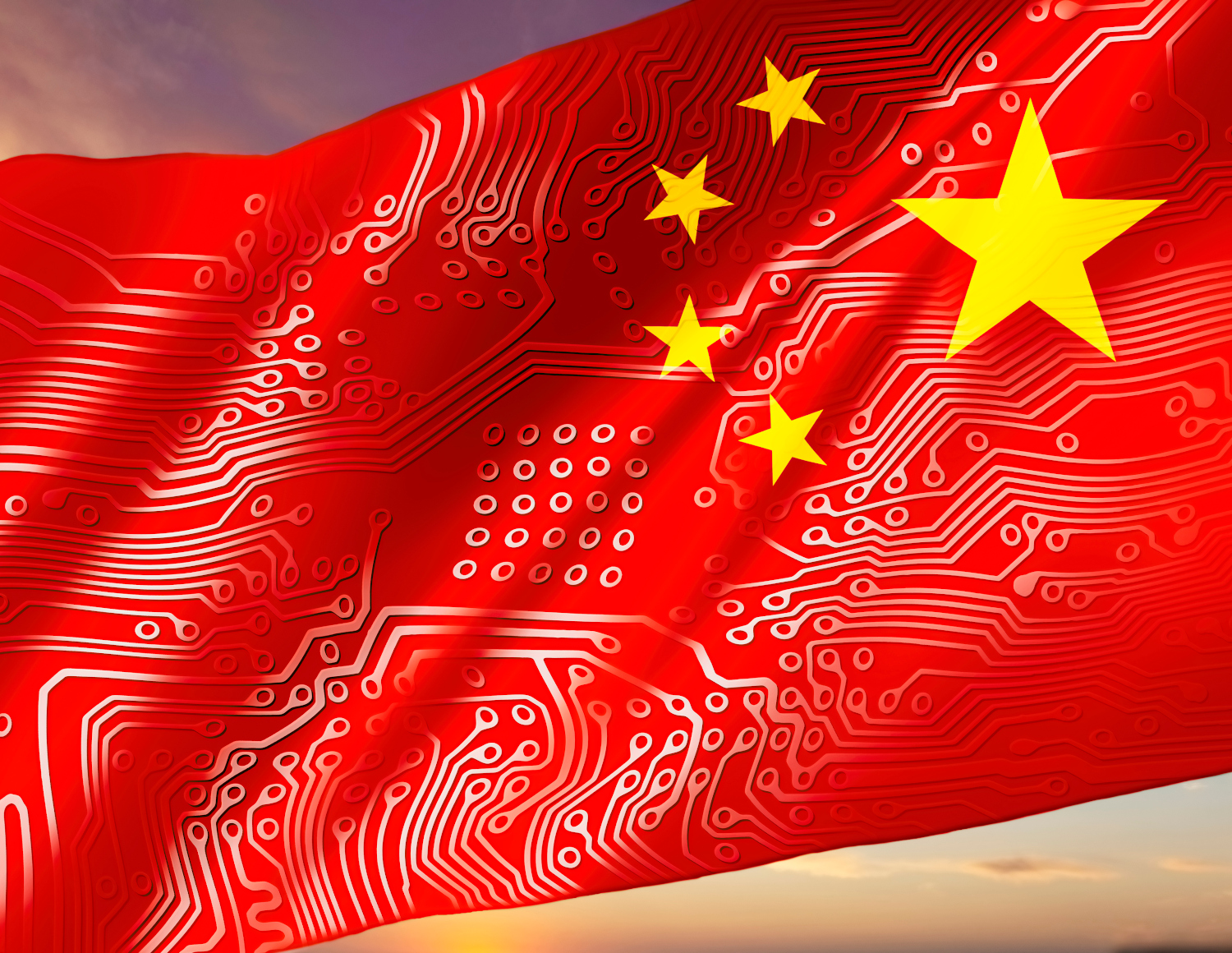 Over the past decade, a growing diversity of expert voices have claimed that substantial strategic advantages will accrue for whichever nations are first to effectively master artificial intelligence (AI) technologies.

Political leaders like Vladimir Putin and Emmanuel Macron have made strong statements regarding their nations’ quest for AI leadership, while academics and engineers persistently issue warnings regarding the risks to international security and society of machine cognition gone wrong.

A critical front in the global quest for AI supremacy lies in the complex contours of the Sino-American relationship, which has often been described as bound up in an intensifying “AI arms race” (or a “technology arms race”). However, efforts to problematize Chinese developmental objectives in such a way as to benefit attempts to safeguard U.S. national interests regularly lack perspective on how disruptive technologies interact with distinct national ways of war and economics. While some experts like Elsa Kania have sought to highlight the unique character of American and Chinese AI development, an immense amount of punditry, political rhetoric and even expert analyses in recent years clearly continues to suffer from the nigh-pathological tendency to generalize, sensationalize and oversimplify the need for greater investments by the U.S. government on AI to match China’s AI-focused outlays. Whilst this imperative is on point in the broadest sense, these voices would do well to recall that technological potential and technological characteristics don’t drive strategic transformation. Rather, as national experiences with technologies as distinct as radar, drones and the internet have shown, strategic context — manifest in various institutional and political dynamics — determines both the horizons of technological possibility and the parameters of future conflict.

The Transformative Potential of AI

Today, much expert and scholarly discourse on the role of emergent, potentially disruptive technologies in the Sino-American relationship pivots on the degree to which technology competition constitutes some form of an arms race. On one side of the debate, numerous voices make the case that first-mover advantage — a clear signal, for many, of an arms race mentality — is visibly being sought by China’s political leadership. These advocates point to high-level national investments in AI-linked initiatives (often linked to major programs like the Belt and Road Initiative) catalyzed by the 2017 New Generation Artificial Intelligence Development Plan (新一代人工智能发展规划), as well as intensifying political rhetoric centered on the coming transformation of national power by Chinese leaders, as evidence thereof.

Other analyses have pointed out the degree to which drawing broad-yet-neat lines around AI and other disruptive technologies (such as quantum computing) obfuscates the complexity of the development processes being described. China faces immense challenges in building out AI for national security and economic use, as cutting-edge research capacity is continually restrained by immense ongoing modernization imperatives. As some experts have pointed out, China’s AI mission remains mired in the quest for basic IT modernization across most facets of the national economy. Moreover, Chinese investment in AI is nowhere near as evenly spread across techno-scientific sub-disciplines or as innovative on a per-dollar basis, as are equivalent investments being made in North America and Western Europe. In particular, Beijing’s focus on AI technologies remains anchored on several key areas of use linked to parochial national security missions, such as advances in facial recognition and natural language processing.

It’s hard to refute the notion that artificial intelligence technologies will prospectively transform the sources and mechanisms of national power. Likewise, there is certainly a clear and present need to negotiate prudent foundations for AI safety practices as a prelude to further development, including progress that is much needed on issues of ethical use and design, explainability and more. However, a Sino-American AI arms race — whether already underway or soon to be — will inevitably be best understood as a strategic situation via the context of competing national lenses.

One of the most promising lenses for shedding light on our understanding of Chinese technology development is that of strategic subversion, an imperative made perhaps most clear in recent directives issued by mouthpieces of the government in Beijing intended to orient the People’s Republic toward the “intelligentization” of Chinese national security capabilities. Though the term often conjures images of sedition and societal sabotage, subversion is simply a type of strategy for addressing prevailing power structures and relationships, just one with some differences from the typical strategies of coercion or secession. In order to change society, most sociopolitical actors either directly contest the status quo or “flee” from it. Contestation involves either evolutionary or revolutionary acts taken to directly change the status quo, such as coercion, warfare, voting or a coup. “Fleeing” power involves seeking out or creating alternate socio-political spaces where different logics of power might be considered, often either by some form of secession or actions taken to restrict external influence in a space. By contrast, subversion is fundamentally a strategy of what some scholars have labeled “fleeing in place.” It is an effort to displace prevailing norms and power structures without directly challenging them — i.e. to “escape” power by seeking its dissolution. Subversive actors are those that fundamentally seek to disempower competitors, something distinct from the prevailing paradigm of coercion emphasized by so many foreign policy experts. Whereas coercion is concerned with dynamics of relational power, subversion targets power that emerges from perceptions of legitimacy, whether that means: (1) the legitimacy of a social or economic system of some kind, (2) the legitimacy of established logics of operational engagement, or (3) the legitimacy of those rules of the road that govern international interactions.

Subversion lies at the heart of China’s AI strategy, in part as a strategic gambit aimed at overmatching American global influence and in part due to the trappings of the technologies involved. Yet, the concept and its implications remain perennially understudied by foreign policy experts, something that numerous scholars have recently pointed out. Much recent focus on strategic subversion by International Relations (IR) scholars — such as Melissa Lee[1], William Wohlforth[2] and Lennart Maschmeyer[3] — is directly applicable to the Sino-American AI competition. Specifically, evidence suggests that subversion drives Chinese grand strategy along three lines.

First, with the shift toward the “intelligentization” of national security, China aims to subvert American military and intelligence formations to exploit strength to create weakness. Intelligentization is a uniquely Chinese perspective on AI and revolves around the idea that AI should not be integrated into existing warfighting formations and practices, but rather can be used to shape an entirely new cognitive domain of conflict interaction. This domain is a macro construct that links engagement across the conventional dimensions of interaction (the categories of land, sea, air, space, etc. that the U.S. military conversely designates as domains). Within this domain, strategic dominance is understood to be a function of political victories rather than strength in discrete military dimensions. This approach to strategic preponderance is, according to emergent Chinese doctrinal literature, possible because AI will be found everywhere and at every level of human (and, thus, military) activity in the not-too-distant future. This coming reality, in turn, belies a simple truth about national security — that the distinction between military and civilian activities of the state, already weakened in the digital age, will become meaningless. Chinese focus on the intelligentization of war is, thus, a new articulation of intentionality that aligns with the tenets of strategic subversion as a grand strategy focused on disempowerment of conventional strengths to produce a doctrine for cumulative victory rather than incisive, singular engagements.

Second, China intends to continue its longstanding campaign to subvert the fundamentals of statecraft and interstate signaling outside of crisis scenarios so as to bolster the value proposition of Chinese foreign and economic policies. The Belt and Road Initiative, launched in 2013 by Xi Jinping, is a hallmark example of such efforts, as Beijing has pushed for economic entanglement with countries and blocs across numerous regions via a combined use of coercive measures and heavy financial investments. Chinese leaders have leveraged the latter to selectively coerce political authorities in Europe, for instance, to soften the tone of criticism on human rights issues whilst at the same time limiting mistrust of China’s economic foreign interference. AI promises to help China sharpen this tool of national power yet further. The promise (and, soon, the delivery) of AI being developed to tackle issues of international concern — like global human trafficking or criminal money laundering — pairs well with less altruistic advancement of national capacities for projecting power that are more often the focus of national security experts.

Finally, China strives to subvert the rules-based international system headed by the United States, in particular by leveraging AI to increase the value proposition of Chinese models of civics, economics, business, political engagement and technology development. This approach to international engagement is neither new nor AI-specific for China. Nevertheless, AI stands to improve Beijing’s efforts to disempower existing power structures in the international system such that — without engaging in much conventional conflict — Chinese alternatives are functionally and, subsequently, normatively legitimized. Machine learning already underwrites state planning of development and aid strategies in the developing world, with the outcomes of such processes prompting counterintuitive investments in resources expected to be valuable in the future (such as sites for geothermal energy production) over more traditional natural or human resources. Such applications of AI are extremely effective for China insofar as they help position Beijing to better guide the architecture of future economic — and thus political and social — conditions around the world.

Planning for the Future

Recognition of the central role that strategic subversion plays in driving the particulars of China’s artificial intelligence development must be a priority among scholars, policymakers and strategic planners in the West. For the United States, in particular, engagement with the concept as an alternative to strategic analyses of China anchored on traditional notions of coercion and state power provides a clear method for understanding Chinese technological priorities. This, in turn, cedes an ability to assess the value proposition of heightened American engagement with emergent Chinese AI capabilities, both in developmental and operational terms.

— Christopher Whyte is an assistant professor in the homeland security and emergency preparedness online program in the L. Douglas Wilder School of Government and Public Affairs at Virginia Commonwealth University. His research interests include a range of international security topics related to the use of information technology in war and peace, political communication and cybersecurity doctrine/policy. He is co-author of three books, including Understanding Cyber Warfare (Routledge 2018), Information Warfare in the Age of Cyber Conflict (Routledge 2020) and Information in War: Military Innovation and Artificial Intelligence (Georgetown University Press, forthcoming).

By Christopher Whyte
Category: Voices on Peace and War
March 09, 2022