Russia and the balkanization of the Western Balkans 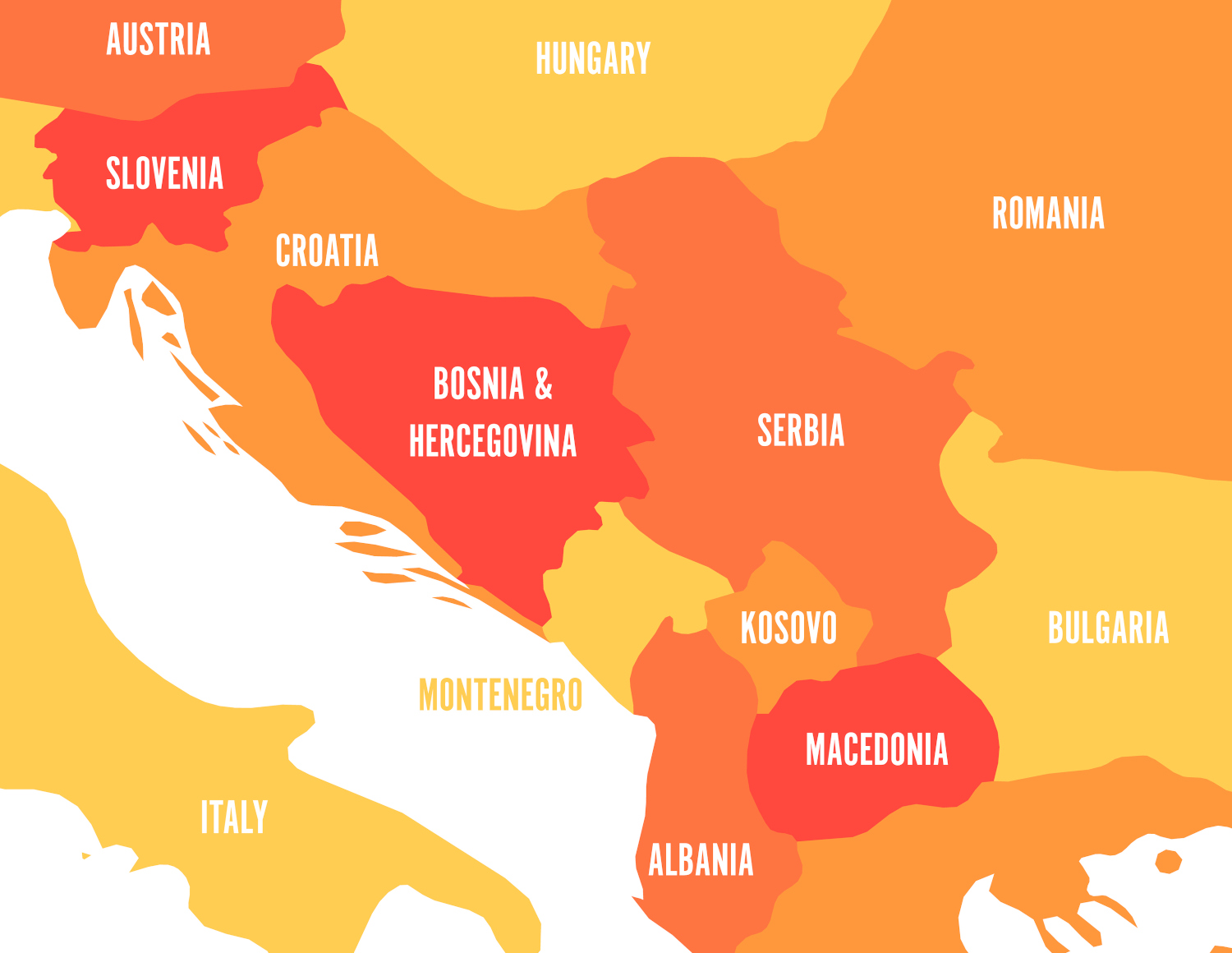 “The Balkans produce more history than they can consume.” This quote is often wrongly attributed to Winston Churchill. While the attribution is incorrect, there is a lot of truth to this quote.

Over a century ago, as the Ottoman Empire was collapsing, Balkan countries fought two bloody wars. At first, they defeated the Ottomans and grabbed as much land as they could. Then they turned to one another and killed as many as they could. The Balkan Wars were characterized by extreme nationalism and manifested in mass cruelties, particularly against defenseless civilians.

This process of breaking up of bigger, multinational countries and creating smaller, ethnically homogenous and hostile countries is referred to as balkanization. Yes, it is an actual word in the English dictionary. The term has a negative connotation, sadly, as people view balkanization as contributing to wars and destruction. This is not surprising considering that the Balkan Wars largely helped to set the stage for World War I and all the carnage that followed.

Nevertheless, there is another side to the story. While for most, Balkanization may represent only death and destruction, for some, particularly the people of the Balkans, it is the process by which they were able to finally rule themselves. Balkanization has been a crucial driving force in the region, as the process continued throughout the 20th century and even in the 21st, with the independence of Montenegro, in 2005, and Kosovo, in 2008, from Serbia. Even today, there are minority groups in most western Balkan countries, such as Serbs in Bosnia and Herzegovina and Albanians in Northern Macedonia, who continuously demonstrate their dissatisfaction for being citizens of the countries they reside in, instead of their perceived “motherlands.”

Russia has been trying to capitalize on this widespread dissatisfaction in the Balkans over the last few decades. This is made evident by the official and unofficial actions of Russia and its agents in the western Balkan countries, which include:

Overall, Russia’s influence in the Balkans is extensive and has increased dramatically with the advent of social media. Russians have even started outsourcing “fake news” propaganda machines, as was the case with a troll farm in Northern Macedonia that was allegedly involved in influencing U.S. elections[9]. Furthermore, Russia also intends to connect the region to gas pipelines, further increasing its influence in the region.

Nevertheless, one might argue that, since the whole region, aside from Serbia, is aligned with the West, Russia’s influence on the region is of no significant impact. I believe that this is an oversimplified viewpoint, and Russia’s influence on the region should not be ignored. A Western-aligned and stable Western Balkans is not in Russia’s best interest. Russia will be likely to do anything to counter that, including the instigation of ethnic conflicts within and between Western Balkan countries.

Furthermore, in several occasions the West has sent worrying signals of unreliability toward the Western Balkans countries. One notable case is that of Northern Macedonia. The EU conditioned Northern Macedonia to resolve the name issue with Greece in order for the country to continue in its EU accession path. While Northern Macedonians made the bargains and reached an agreement with Greece, the EU has backed out of the deal and has essentially frozen the integration process for Northern Macedonia. Most EU members supported Northern Macedonian accession into the EU; France and the Netherlands, however, opposed it. Their stance was likely influenced by the refugee crisis in Europe, following the civil war in Syria.

Another, rather bizarre case, was that of U.S. President Donald Trump, who openly questioned NATO’s common defense commitment toward Montenegro, whom he labeled as “very aggressive.”[10] Trump made these remarks during a period when he was criticizing NATO members for their failure to commit the agreed minimum of 2% of their GDPs to defense spending. Nevertheless, these comments made a huge impact in the region, opening debates about U.S. commitment and reliability.

With an increasingly more active Russia and a reluctant West, balkanization does not seem too far-fetched. I believe that this process in the Western Balkans could have a detrimental impact on regional and global security. Unfortunately, Western Balkan countries, given the sheer size and resource differences with Russia, do not seem capable of effectively combating Russia’s influence on their own. Therefore, I believe that western assistance toward the region is crucial.

To address this issue, countries such as the United States, which have gained considerable experience in combating mass disinformation, should assist these countries in building similar capacities. Overall cybersecurity needs to be improved with increased awareness on how to prevent the spread of disinformation. Most importantly, however, I believe that the West needs to demonstrate a relentless commitment toward the region.

Western commitment toward the region was at an all-time high during and following the Yugoslav wars of the 1990s. With Western help, the region enjoyed great economic development with relatively stable democratic institutions, culminating in Croatia and Slovenia joining the EU. However, global forces, such as the 2008 economic crisis and the recent refugee crisis, seem to have significantly shifted Western attention increasingly more toward internal issues.

Nevertheless, for the countries of today, there are hardly any exclusively internal issues anymore. A crisis in the Balkans can easily spill over to Europe and the whole world, as it has in the past. I believe that the expectation of a better future in the EU is the main stabilizing and uniting force in the Western Balkans. Hence, if Russia manages to convince more countries in the region that the West is an unreliable partner, Balkanization will be the natural order of things again.

[5] Marc Santora and Julian E. Barnes – “In the Balkans, Russia and the West Fight a Disinformation-Age Battle,” the New York Times.

[10] Alana Abramson – “Why President Trump's Comments About Montenegro Were a Win for Vladimir Putin,” Time.com.

— Lirim Bllaca, a retired captain in the Kosovo Army, is a consultant in areas of compliance, national and information security. He taught at the Kosovo Military Academy and has worked in projects related to accreditation, leadership and character education.

By Lirim Bllaca
Category: Voices on Peace and War
February 11, 2022