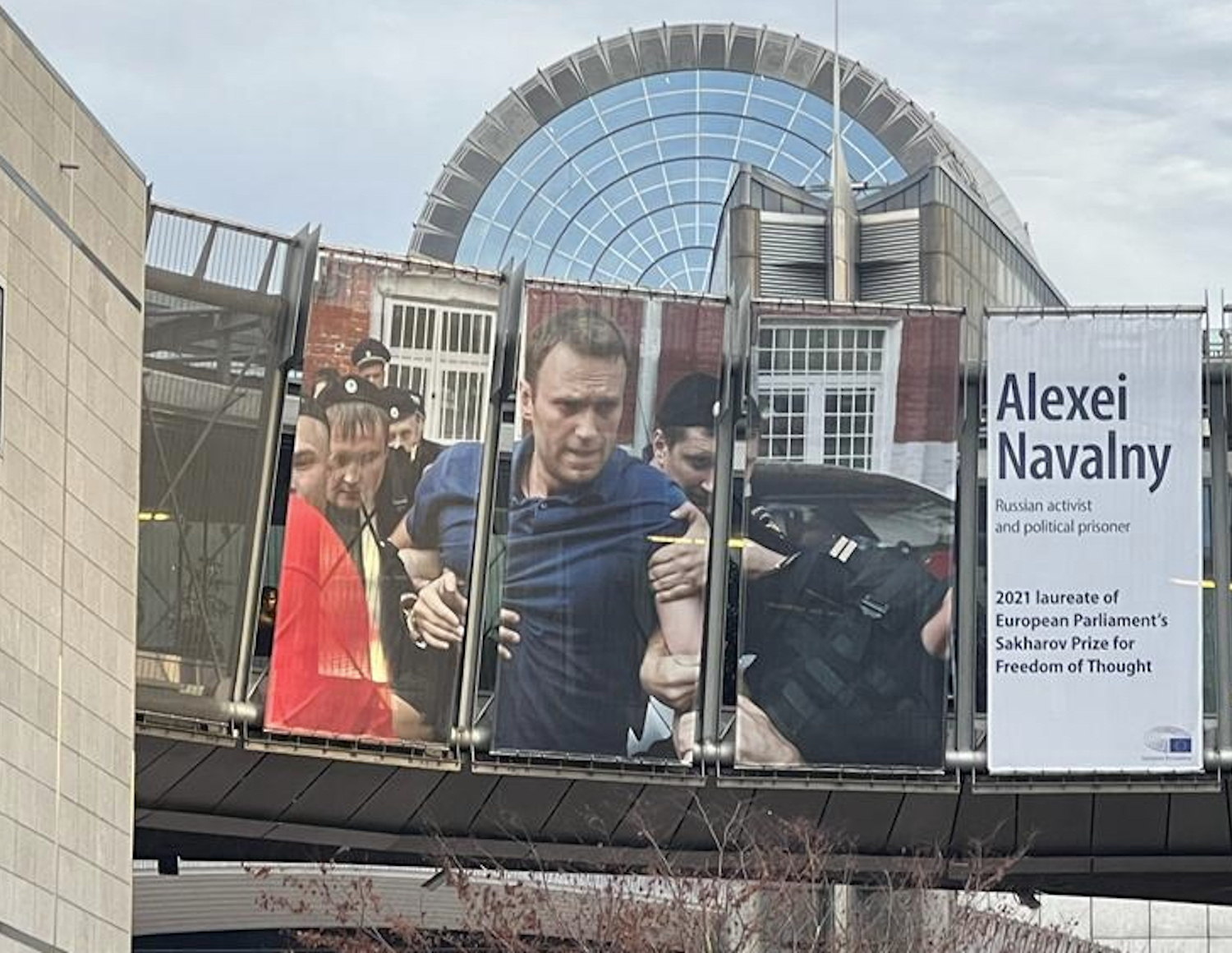 Democracy around the world — including in the United States — is on the decline, as many indices and indicators reveal. For example, in 2016 the U.S. was reclassified by the Economist Intelligence Unit from a full democracy to a “flawed democracy” for the first time. Russia too — never a robust democracy — has been sliding deeper into authoritarianism for the last several years.

Could dissidents no longer alive, from a country that no longer exists, be of help in revitalizing weakened democracy around the world?

This year marks the centenary of the birth of Andrei Sakharov in what was then the U.S.S.R. A theoretical physicist, Dr. Sakharov is sometimes referred to as “father of the hydrogen bomb.” After that achievement, he spent most of the rest of his life trying to persuade the world not to use his creation. His interest expanded into related questions of world peace and human rights; he was awarded the Nobel Peace Prize in 1975.

Sakharov and other Soviet dissidents in the nascent Human Rights Movement were united by a desire for change and the courage to challenge the status quo, but they lacked a cohesive strategy. It was left to the movement to find a bridge between the dissidents and the dictatorship. In October 1970 Sakharov joined with Valery Chalidze and Andrei Tverdokhlebov as a founding member of the Moscow Human Rights Committee. The committee’s touchstone was the rule of law; it attempted to navigate the ship of state onto a course of increased legality.

With statesmanlike aplomb, the committee’s founding members invited the Soviet government into a human-rights dialogue with the dissidents — as equals. They politely demanded that the dictatorship comply with its own laws, and graciously offered it free legal advice on how to do so. As Chalidze recalled in the 1980s:

[T]he current dissident movement had to begin by seeking a dialogue with Mr. Brezhnev. By then the authorities were deaf and blind. They rejected the intelligentsia’s attempt, and so the country remains at war with itself.

Alas, these prescient words are relevant today in what is now the Russian Federation. In Moscow these days, the mood is positively 70s-ish; that is to say, grim. The government is turning up the heat on those who do not truckle. “Desirable” and “undesirable” are the labels du jour, applied to both persons and organizations.

May Navalny survive prison to enjoy the honor.

Yet Putin himself still pays lip service to Sakharov, as for instance in his letter of May 21, 2021, to the Andrei Sakharov Foundation: “[W]e will remember Academician Andrei Sakharov as a courageous, unyielding person of enormous inner dignity.” This praise did not prevent Russia, however, from moving in November against one of its leading human-rights organizations: Memorial. The Washington Post described the move as “part of a comprehensive crackdown on all such groups in the country.” As the Post noted: “Under the tightening authoritarian rule of President Vladimir Putin, Memorial has been under pressure for years, but the bid to close it down shocked global human rights advocates and observers of Russia.”

Some commentators attribute the current crackdown on dissent as a prelude to a Russian attack on Ukraine, to stifle criticism at home before the event. U.S. President Joe Biden has declined to provide unilateral military assistance to Ukraine, though he promises “severe” economic sanctions against Russia should an invasion occur.

U.S. Secretary of State Antony Blinken tweeted a criticism of Putin’s move to liquidate Memorial. Is there a chance that our government might do more than tweet, and actually reestablish the defense of human rights as part of our foreign policy? There was a time — back in the 1970s, concurrent with the Soviet Human Rights Movement — when the American president, Jimmy Carter, considered the defense of human-rights defenders important. We traded spies for political prisoners, we spoke out on behalf of dissidents, we linked economic benefits to Soviet reforms. But that was more than forty years ago. Will the Biden administration now respond to lesser provocations than threatened military action against an ally, and truly revitalize American defense of the human rights of individuals within Russia?

The rule of law is the crown jewel in liberal democracy. Should the United States give up on it now? Or should we remember the lessons of Chalidze and Sakharov?

Let America once again defend the defenders. No one is saved by silence.

— Lisa Chalidze, Esq. is a Norwich University Peace & War Center research fellow, whose focus is the transition of societies from dictatorship to democracy. She is a director of the Andrei Sakharov Foundation (New York) and of SheWins of Memel.global (Free State Republic, South Africa). Chalidze is currently working on the biography of her late husband, Valery Chalidze.

By Lisa Chalidze
Category: Voices on Peace and War
December 21, 2021