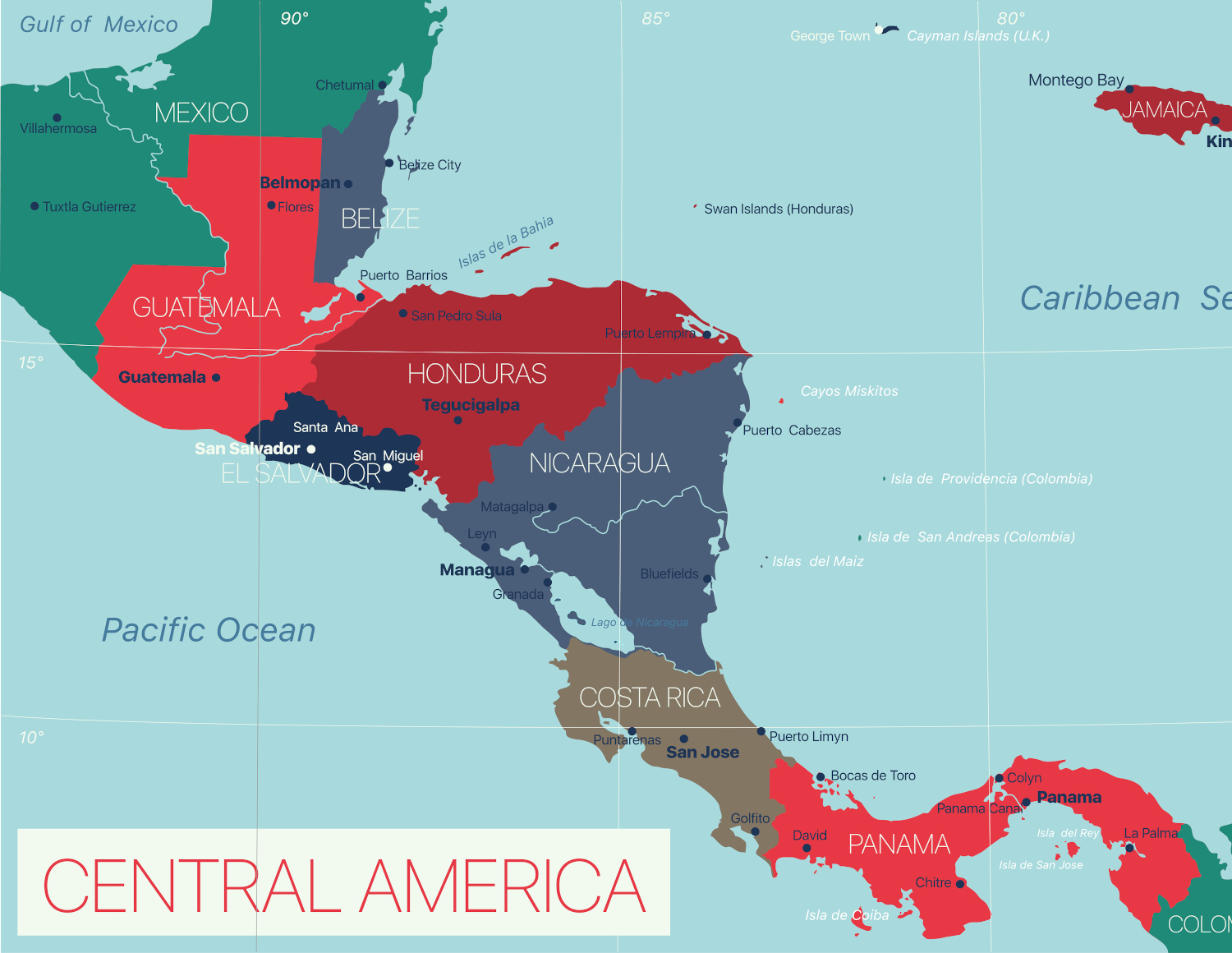 Honduras is considered one of the world’s least developed countries, plagued with high rates of violence and homicides, as reported by Navarrete and Austin of Insight Crime. Nonetheless, Honduras has attempted to support human rights internationally and domestically. The nation signed almost all United Nations (UN) human rights treaties and has attempted changes in domestic policy according to the Office of the High Commissioner Human Rights (OHCHR) records.

Yet, the most vulnerable populations within the country, including indigenous people, are still at risk and do not have the rights given to them through various declarations and conventions. As expressed in the OHCHR 2018 report, in Honduras indigenous people have historically been neglected and disproportionately affected by poverty and exclusion. This has led to the infringement of the rights of indigenous people who are faced with extreme poverty, discrimination and violence.

As reflected in a 1999 Amnesty International publication, from economic representation to social policies, indigenous people are at a disadvantage. Economic representation and rights are crucial to providing a platform to the indigenous peoples, who lack economic resources, are impoverished, and thus lack equal access to education. Over the years, use and control over land has emerged as a recurring issue at the roots of many social conflicts, as shown in UN Human Rights Council: Universal Periodic Review conducted in 2010.

Indigenous people in Honduras have been denied power, influence, and adequate representation in government. Their cultural needs and the use of their land are often not considered in discussions about the social or economic development of Honduras. Even land sacred to these tribes is used by the government without consideration or agreement of the tribes.

The OHCHR 2019 report reflects that the government grants operation licenses affecting the communities, cultural heritage and livelihoods of indigenous people without consultation. Indigenous activists are criminalized and stigmatized for raising their voices against these injustices, including by politicians and the media. Social justice activists are treated like criminals under the pretext of “get tough on crime mandates,” according to JASS Just Associates. These mandates make indigenous activists fearful because they are arrested under false pretenses or murdered for their activism.

In 2013, Amnesty International called for charges against three indigenous leaders to be dropped. The activists were charged with “usurpation, coercion and continued damages,” following a peaceful protest. One of the activists charged in that protest was Bertha Carceres. While the charges against her were eventually dropped, the BBC reports that in 2016, the indigenous leader and environmental rights activist was killed at her home. Similarly, Gynther of Upside Down World reported, in 2013, that the Honduran army killed indigenous activist Tomas Garcia by opening fire against a peaceful demonstration. Violent incidents like these have kept the indigenous communities in fear, affording them few means to get justice and acquire equal rights. This infringes upon the rights of indigenous people under the Declaration of the Rights of Indigenous People in 2007, which Honduras sponsored.

Honduras has been attempting to remedy these issues. A 2014 OHCHR report indicates that under the UN’s direction, Honduras took the initiative to consult with the indigenous people in regards to legislation, the use of land and allocation of resources. Racial discrimination and incitement to hatred were prohibited under the law, and employment discrimination was addressed under the criminal code. Indigenous and Afro-Honduran representation in the government has also increased to 8%, providing a platform for the indigenous communities to bring forth their issues. Other measures have been adopted to combat discrimination in education as well as medicine. In 2018, OHCHR reported that Honduras established the Secretariat for Human Rights, provided better protection of human rights defenders, and granted land titles to indigenous communities, addressing one of the biggest issues within the country. Honduras has granted 158 land titles to indigenous people, more than any other Latin American country.

Still, there is much to be done. Indigenous people have signaled the need for a regulatory framework on participation as a key tool to address root causes of social conflict. In the 2013 protest as mentioned above that led to the arrest of the three activists, the indigenous Lenca community was protesting the violation of the “right to consultation” under provision 169 of the ILO Convention. The indigenous community was not consulted before the Honduran government authorized a permit for a hydroelectric power project on tribal land.

In 2018, according to Scott Sellwood of Politics of Poverty, indigenous peoples were still concerned about their ability to consult in government decisions. The indigenous population demanded a voice in developing the bill of consultation that would serve as the regulatory framework. The bill would codify Honduras’ legal obligations to “respect indigenous peoples’ rights to free, prior, and informed consent,” as Scott Sellwood reported. The Honduran government rejected indigenous group suggestions to the bill’s content and refused to renew dialogue about the bill. The lack of initiatives by the government, corruption and discrimination have eroded trust, resulting in a schism between the practice of including indigenous people in policy decisions and the application of policy harmful to indigenous populations. Decades and centuries of such harmful policies have left them feeling cheated by the government, and with good reason.

To help Honduras bridge this gap between policy and application, the international community must hold Honduras, and countries in similar positions, accountable. The UN and nongovernmental organizations can provide a regulatory framework for consultation that lays out what can be considered proper consultation of the indigenous people and ways to ensure that indigenous input is not ignored. The gap must be bridged through a liaison between indigenous people and the government, as the two parties cannot seem to reach an agreement. This will remedy the lack of trust and ensure that indigenous people and their views are represented in Honduran policies. International organizations can also provide funding to better address the needs of indigenous peoples and help construct social policy that condemns the stigmatization of indigenous communities. Regulatory frameworks and funding are two key factors that can address poverty, discrimination, and violence and provide indigenous people with equal rights.

If the international community can work together to provide a proper regulatory framework between indigenous communities and their governments, the cause of many conflicts relating to indigenous populations can be addressed, in Honduras and around the globe. Since the adoption of the Declaration of the Rights of Indigenous Peoples, there have been significant improvements toward the protection of the rights of indigenous people, but indigenous people are still particularly vulnerable to some of the same issues that have always threatened their rights. Relieving the human rights crisis that many indigenous people are forced to face in the 21st century can create the conditions of peace and mitigate the realities of war for such vulnerable communities.

Gynther, B. (2013). The murder of Tomas Garcia by the Honduran military. Upside Down World.

Office of the High Commissioner Human Rights (OHCHR). (2019). Statement at the end of visit to Honduras by the United Nations. Working Group on Business and Human Rights.

Sellwood, S. (2018). Is this the last chance for Honduras to protect indigenous consultation rights? Retrieved February 2021.

— Arisha Andha is a juris doctor candidate at Benjamin N. Cardozo Law School at Yeshiva University and hopes to pursue international public policy. Andha participated in the 2021 National Model United Nations New York conference as the delegation of Honduras to the general assembly third committee and presented a poster at the 2021 New Jersey Political Science Association conference titled “Improving human rights implementation: Perspectives of Honduras.” Her publications include “A 21st Century Response to Global Crisis: Enhancing Pandemic Coping Strategies by Weaving an Intricate Social Fabric” in Rhetoric and Sociolinguistics in Times of Global Crisis, and “Forging multicultural sensitivity: How short-term study abroad experiences can help college students engage in a global society” in the journal FIRE: Futuristic Implementations of Research in Education.

By Arisha Andha
Category: Voices on Peace and War
September 15, 2021