The Middle East peace process from Charybdis to Scylla 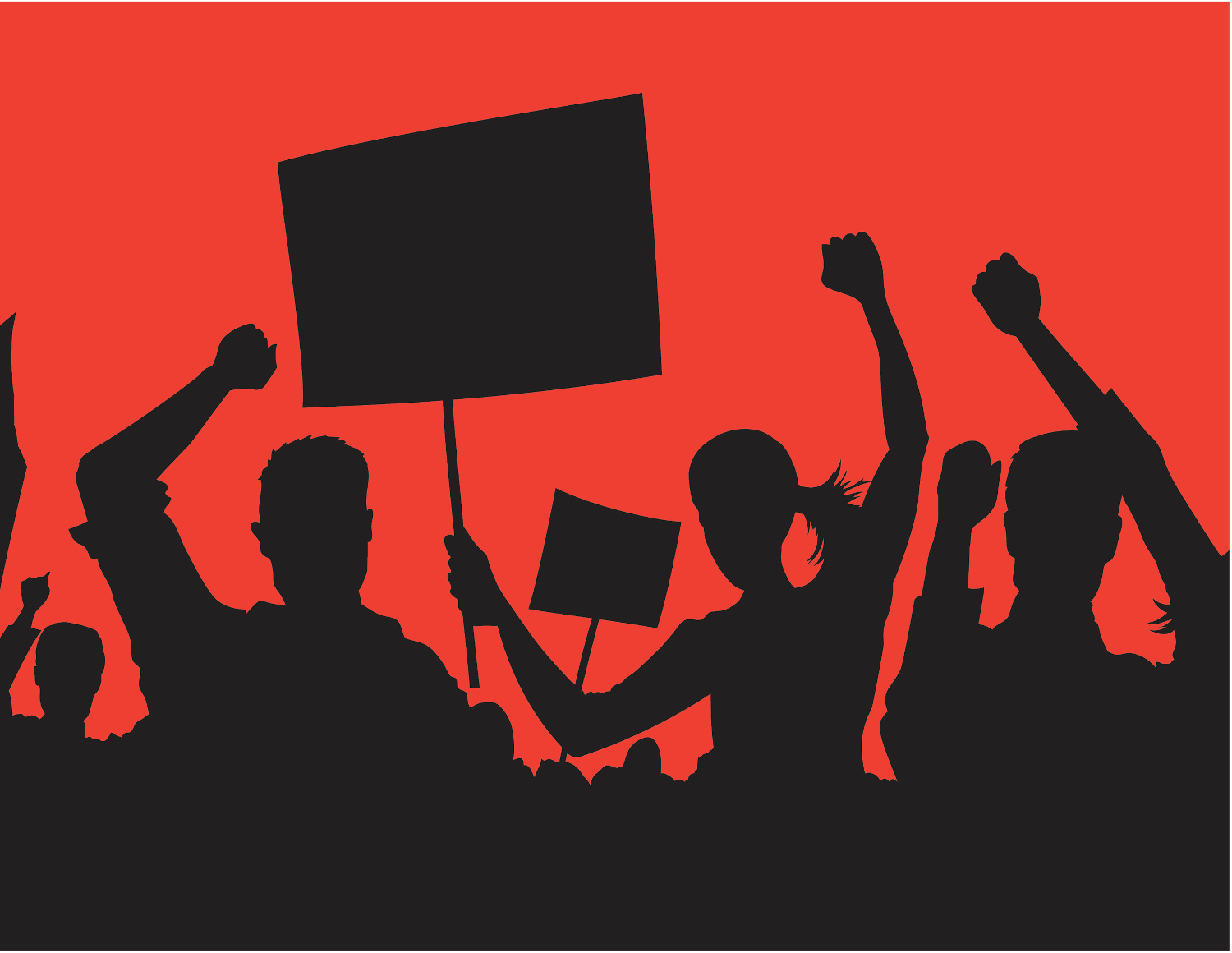 The Middle East peace process did survive the Netanyahu era as well as the suspension by the Palestinian authority of cooperation with both Israel and the United States from May to November 2020.

The Lapid-Bennett government put in place in June 2021 removed the main threat: annexation by Israel of up to 33 percent of the West Bank, was announced many times by now-former prime minister of Israel, Benjamin Netanyahu, between August 2019 and March 2021. Furthermore, the election of Joe Biden as U.S. president put a lot of weight on the reset of the traditional negotiation process based on international legality. That is quite a change after Biden’s predecessor, Donald J. Trump, had often acted as a spearhead of Israeli policies by moving the U.S. embassy from Tel Aviv to Jerusalem, recognizing Israeli sovereignty on annexed Golan Heights, and offering a peace proposal of bantustanization instead of an independent Palestinian state,[1] etc. As a symbol of renewed multilateralism, Israel is now granted an observer status by the Commission of the African Union. The two-state solution is still alive, at least officially. The reality is much more worrying with a conjunction of factors preventing any progress of the peace process.

Ineptitude at the top

On both sides, there is no significant effort to negotiate a constructive settlement. President Mahmoud Abbas is indeed the main problem on the Palestinian side. He is also the main excuse. Elected in 2005, and with his presidency extended by controversial decisions since 2009, the successor of Yasser Arafat is now 85 years old. This is young enough to be a declared candidate for the next presidential election, as it was explicitly announced in January 2021. But, in practice, what can you expect from an octogenarian president who already served the equivalent of four successive four-year terms? Certainly not creativity from someone under the control of a little circle of close partners, such as head of the Civil Affairs Authority, Hussein Al-Sheikh and head of general intelligence, Majed Faraj.

Furthermore, the pan-Muslim support has eroded and the Palestinian president can be nowadays heavily and publicly criticized in the Muslim world. United Arab Emirates Federal (UAE) Council member, Dherar Belhoul Al Falasi, even compared Abbas to a low-level smuggler in an October 2020 interview, saying, “the United Arab Emirates is committed to the Palestinian people, not to Hamas and the Palestinian Authority [which] are both corrupt and murderers [..] Abbas is what we call in Arabic ‘Tager Shanta’.”[2]

On the other side of the potential negotiation table, there is another kind of immobilism. The Netanyahu government may be over but the Israeli policy towards Palestinian self-determination remains unchanged for the main point: Israel does not envisage a Palestinian State based on UN-sponsored and agreed international parameters. As a result, in all strategic areas of the occupied Palestinian territory, you have every month more Israelis and fewer Palestinians due to demolitions, evictions, new military bases or natural parks. The nibbling of Palestinian territories by settlers and the Israeli government can go on. In other words, there is absolutely no appetite from the Israeli leadership to work on a consensual peace settlement to be implemented in the short term.

One must bear in mind that the current Israeli prime minister, Naftali Bennett, has been advocating for the annexation of 62 percent of the West Bank since 2012, and that he declared in April 2020 that his Yamina Party would make sure all West Bank settlements are put under Israeli sovereignty. It is obvious today that the presence of Arabic and center parties in the coalition prevents the annexation issue to resurface.

To sum up, there is today no common ground between the parties on which to build peace.

Could the situation change with international involvement or, even better, because of international pressure?  It is very unlikely in the present circumstances. This is evident, considering the stances of the four members of the dedicated mediation body, the so-called Quartet. With a much more balanced approach, the Democratic-led United States revives support to the classical objective of a two-state solution but not to the point of forcing Israel to accept a viable and genuinely independent Palestinian state with a minimum of territorial continuity. The new U.S. administration remains very cautious on practical steps to be made to find a lasting peace, even in response to the expansion of settlements which destroys the necessary status quo for a two-state solution.

Russia is vocal about the respect of international law and officially in favor of the establishment of Palestinian statehood alongside the 1967 lines. Nevertheless, Moscow is reluctant to pressure Israel as long as the latter respects Russian interests and is able to translate that respect into acts, such as transmitting sensitive information to helping defeat Georgia in the 2008 war. The European Union (EU) has a similar declaratory approach in favor of a legalistic policy promoting a Palestinian State based on traditional parameters. But because of its own divisions, the EU is also lukewarm when it could push Israel in that direction and counter Israeli violation of international law. It takes only one of the EU member states, Hungary for instance, to block an EU common foreign policy based on consensus. Lastly and as usual, the UN has no autonomous will and is only a platform for its members.

Because of their divisions over the issue, there is not much that the UN can do, especially when its Security Council has a P5 — namely the United States — ready to use its veto to block possible sanctions against Israeli violations of international law and UN resolutions. Outside the Quartet, the same goes for the League of Arab States (LAS) and the Organization of Islamic Cooperation (OIC). Despite putting the Palestinian cause as a key objective of the organization or having been created in relation to it, like the OIC after the 1969 attack on Al-Aqsa mosque, the two organizations are too divided to do more than pay lip service to the sacred cause of Palestinian brothers.

Lastly, China shares with all these organizations — EU, UN LAS and OIC — a more legalistic and multilateral approach, objectively in favor of the Palestinians, but does not take strong measures against Israel, perhaps because Beijing wants to avoid attracting criticism on its own aggressive policies in Asia. Therefore, international incentives to reach peace do not have significant traction. More worrying, the international community is not doing much more to avoid war. To manage the conflict instead of solving it becomes a dangerous stance when the fire is getting closer to the powder keg.

On the precise issue of the peace process, the two situations may be different but they both lead to catastrophe. In Israel, the camp of peace is reduced to the minimum because the vast majority of the population is either pushing for a Greater Israel with annexation of all lands historically related to Jewish history, or publicly disinterested and secretly satisfied to see their state growing and becoming stronger even at the expense of fairness and international law. This passivity facilitates considerably the chaos to come. On the Palestinian side, there is a twofold frustration of the people.

Firstly, a frustration to see the prospect of a Palestinian state becoming less and less feasible with the irreversible Israeli control on most of West Bank. Secondly, a frustration to see a Palestinian Authority without democratic legitimacy, without efficiency against Israel but increasingly heavy-handed against its own citizens. Here starts the cycle that will likely cause the collapse of the Palestinian Authority: it has been so much weakened by Israel and feels now so much threatened by Hamas that it is becoming more and more authoritarian. This negative trend triggers more popular opposition which makes the Palestinian Authority always more inclined to repression and therefore more vulnerable. Maybe even before Mahmoud Abbas passes away, the young Palestinian population will rise to get away from this political dead end and the psychological suffering of a dual oppression. What will follow is chaos and the unknown for the Middle East peace process.

[1] Comparable with the precedent of South Africa establishing mini-states, called bantustans, in small areas densely populated with Black African populations in order to preserve a white Republic of South Africa with minimum territorial amputation, the U.S. “Peace to Prosperity” plan of January 2020 envisaged a Palestinian entity made of seven different areas while Israel would keep most of the occupied Palestinian territory. As described in the Human Rights Report of April 2021, this approach can be summed up as “seeking maximal land with minimal Palestinians.” See “Human Rights Watch,” A Threshold Crossed - Israeli Authorities and the Crimes of Apartheid and Persecution, April 2021, p. 10.

— Dimitri Sorgis is the pseudonym of a senior diplomat from an international organization involved in the Middle East peace process.

By Dimitri Sorgis
Category: Voices on Peace and War
September 03, 2021