Hamas and the war of narratives 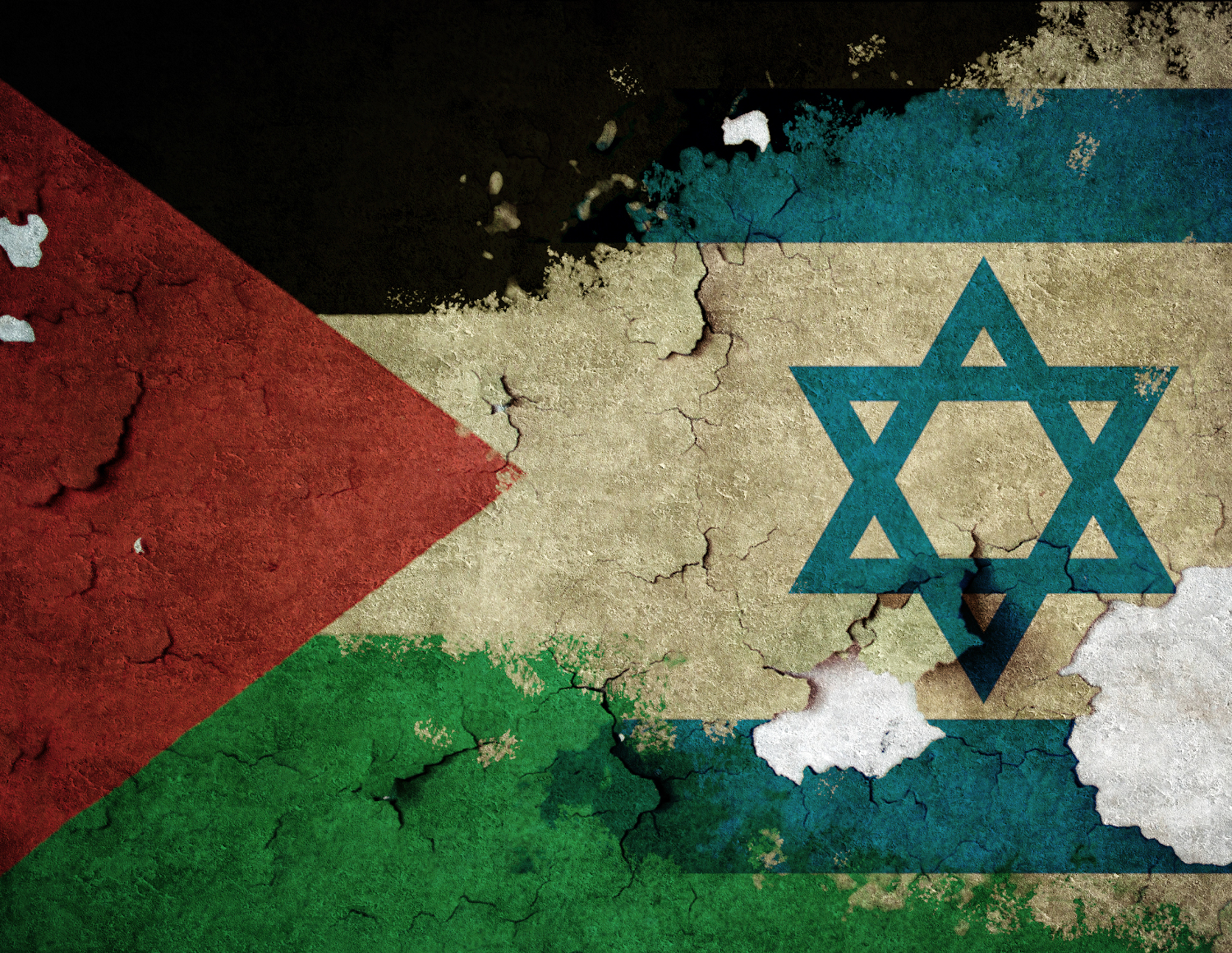 Hamas has mastered information warfare. Israel and other democracies should take notice.

How is it that Hamas, designated by the U.S. State Department in 1997 as a foreign terror organization, has eclipsed its history and successfully created a revisionist version of itself? As presented by Hamas’ Health Ministry, this revised version frames itself as a victimized social justice movement representing all Palestinians. Many across the globe seem to have accepted Hamas’ constructed identity; there were at least 56 protests around the world in May 2021 in which people apparently forgot Hamas’ more complicated history.

Hamas is a terrorist group that uses violence for power. Hamas was founded in 1987, and since 1989 they have killed both Palestinians and Israelis, conducted at least 83 suicide attacks, and indiscriminately fired over 13,500 rockets toward Israeli civilian targets. A specific example involves a Hamas suicide bomber who denotated himself on Bus 37 in Haifa in 2003. He killed 17 civilians including the 13-year-old daughter of the author’s close American friend living in Israel as she was on her way home from school. Hamas’ 1988 Charter, Article 8, identifies the Hamas slogan as: “Allah is its target, the Prophet is its model, the Koran its constitution: Jihad is its path and death for the sake of Allah is the loftiest of its wishes.” The 2007 Battle of Gaza clearly demonstrated that Hamas does not represent all Palestinians then, nor does it in 2021.

That Mahmoud Abbas canceled the Palestinian Authority’s 2021 elections is a sign of Hamas’ troubling rise. Abbas was worried about Hamas’ ability to gain even more power, yet Hamas circumvented Abbas and projected its voice loud and clear through the May 2021 al-Quds Sword campaign. The campaign is the most recent example of Hamas’ continued use of asymmetric warfare to engineer hearts and minds.

Let’s be clear: There would have been no Palestinian fatalities in Gaza earlier this year if Hamas had not fired rockets toward Israeli civilian targets. In May 2021, Hamas fired over 4,000 rockets directly toward Israel’s cities, while they used civilians as human shields in Gaza. Using human shields is a practice they have operationalized as doctrine because it has been successful. Although the Israeli Iron Dome missile defense system shot down 90 percent of the rockets, the Israeli Defense Forces (IDF) targeted Hamas’ military and missile sites to stop the constant rocket barrage.

Hamas does not clearly separate civilian and military activity; they try to embed them together. Falling back on past precedent, Hamas launched missiles from homes and populated civilian areas to increase the likelihood of civilian casualties and collateral damage. Placing civilians directly into the line of fire with military targets creates ample material for propaganda. Hamas has done an exceptional job selling itself as a victim on social media and to international public outlets, while at the same time firing rockets with a human-shield interface to provoke an Israeli response. The IDF’s response then becomes fodder for information warfare across all forms of media.

Bassem Eid, who grew up in a United Nations Relief and Works Agency refugee camp, is a Jerusalem-based Palestinian political analyst, human rights pioneer and expert commentator on Arab and Palestinian affairs. He puts it this way to IPT News.: “It is vitally important for you to realize and remember that Hamas is the main cause of suffering for you, my fellow Palestinians in Gaza.” Eid continued, “(a)nd when it came to war with the Israelis these past 10 days, Hamas deliberately used you as human shields, stationing rocket launchers and missile arsenals in your homes, apartments, office buildings and even hospitals — just as it did in 2014.”

Rules of engagement for terrorist groups should be questioned. Hamas continues to use asymmetric warfare via munitions and information operations. In asymmetrical warfare, terrorist armies use whatever tactics and rules of engagement that affords them any type of advantage. Advantage can be defined in military outcomes, but also in shaping global opinion. No Hamas official was confident that rocket salvos would achieve a military victory. They would, however, ensure an IDF response. When Hamas military leaders, rockets and other military equipment are housed next to civilians, it is inevitable that there will be civilian casualties. These casualties can then be used to wage an effective information operation. Hamas’ rules of engagement that specifically targeted civilians were not questioned by those who perceived Hamas to be a victimized social justice movement. However, it is important to note, that Hamas rockets also maimed and killed Palestinians in Gaza.

According to the IDF, nearly 700 rockets did not reach Israel, but exploded in Gaza. Defense for Children International-Palestine, an organization that has no problems critiquing Israel, released a story that stated, “a homemade rocket fired by a Palestinian armed group fell short and killed eight Palestinians including two children,” and that “34 Palestinian civilians were injured in the blast, including 10 children.” Did Hamas’ ministry of health report these as friendly-fire incidents? In an asymmetrical informational war, this tragedy would be reported as an IDF attack along with imagery disseminated on social media and distributed to media outlets as proof of the IDF purposely targeting civilians.

Conversely, Israel was accused of war crimes and using disproportionate force, and their rules of engagement were intensely scrutinized. The United States and other democratic nations have carefully crafted rules of engagement that minimize collateral damage and target enemy combatants. During the conflict, the IDF had some of the most rigid rules of engagement, even warning residents of impending attacks to minimize any civilians in the area. During the May 2021 Gaza campaign, video recordings illustrated strict ROE adherence as Israeli pilots aborted a mission because children were present. Yet despite extremely rigid rules of engagement and adherence to international law of limited proportional force, there was an UN wavering crescendo of accusations against the IDF for war crimes as Hamas launched rocket after rocket into Israel.

When Israelis were fighting kinetically in Operation Guardian of the Walls, Hamas used its kinetic actions to fuel an information war. Hamas masterfully manipulated the conflict narrative. Hamas spokespersons and communiqués controlled the language used to discuss the conflict. They used terms like apartheid, occupation, disproportionate use of force and civilian casualties in almost every communique. When comparing media interviews between Israeli and Hamas officials, immediate disparities are present. Israeli governmental and IDF spokespersons were asked tough questions about civilian casualties. Here are some questions news media could ask of Hamas to make the information war more symmetrical:

1) Why they launched missiles from inside or next to civilian buildings.
2) Why do they specifically target civilian over military targets.
3) Why have they have spent hundreds of millions of dollars in subterranean military city instead of regular infrastructure or bomb shelters.
4) Why children, like 16-year-old Sabar Ibrahim Suleiman are used as child soldiers.
5) Why they tell civilians to ignore IDF warnings.

There was some critical Hamas imagery missing in the media. Images of Hamas missile teams in or next to homes were absent or very limited. Hamas commanders and gunmen operating in densely populated civilian areas were absent on major news networks. In informational warfare, the omission of imagery assists engineering public perception because a target audience never sees another perspective. What was shown repeatedly were bloodied civilians with a carefully crafted narrative.

Any loss of life is tragic. Humanity quakes at the core when conflict results in maiming and deaths. But we do live in fractured societies that erupt in violence, terrorism and war.

Do we live in an age in which populations expect no casualties in war, especially when civilians are put directly into the line of fire?

Winning the war, while losing the battle is a strategic outcome for a sustained Informational warfare campaign. Former Israeli national security adviser Yaakov Amidror said to Mishpacha, “Israel didn’t embark on Operation Guardian of the Walls with the goal of winning. The goal was to inflict maximum damage on Hamas’ military capabilities, in hopes of establishing deterrence.” This may be true in the traditional sense of warfare, but in informational warfare, Hamas dealt a significant blow to Israel.

What did Hamas win? The rockets fired into Israel and the subsequent response enabled Hamas to paint itself as a victim and ultimately win an information operation that spanned the globe. While Hamas framed themselves as a victimized social movement, anti-Semitism spiked globally, and protest and violence were accompanied at times with slogans like “Death to Israel.” Signs equated the Star of David to the swastika, illustrating that Hamas messaging was effective. Hamas used rockets and the related conflict as a stage in which they could reinforce a narrative. Hamas baited the IDF to respond and created a regional theatrical stage rife for propaganda and informational salvos.

In asymmetric warfare, the “wins” may be strategic, even if they aren’t tactical. Israel and the United States have incredible military superiority in the region. But Israel and Hamas are engaged in a war of narratives with different rules of engagement fought on ideological and real battlefields. This battlespace is one that China and Russia fully understand. The warning salvo to Israel is that the military success of Operation Guardian of the Walls in Gaza can also be described as a global informational warfare victory for the al-Quds Sword campaign. Again, Israel and other democracies should take notice.

— Travis Morris is an associate professor of criminology and criminal justice and the director of the John and Mary Frances Patton Peace & War Center at Norwich University. He is the author of Dark Ideas: How Neo-Nazi and Violent Jihadi Ideologues Shaped Modern Terrorism.

By Travis Morris
Category: Voices on Peace and War
August 11, 2021