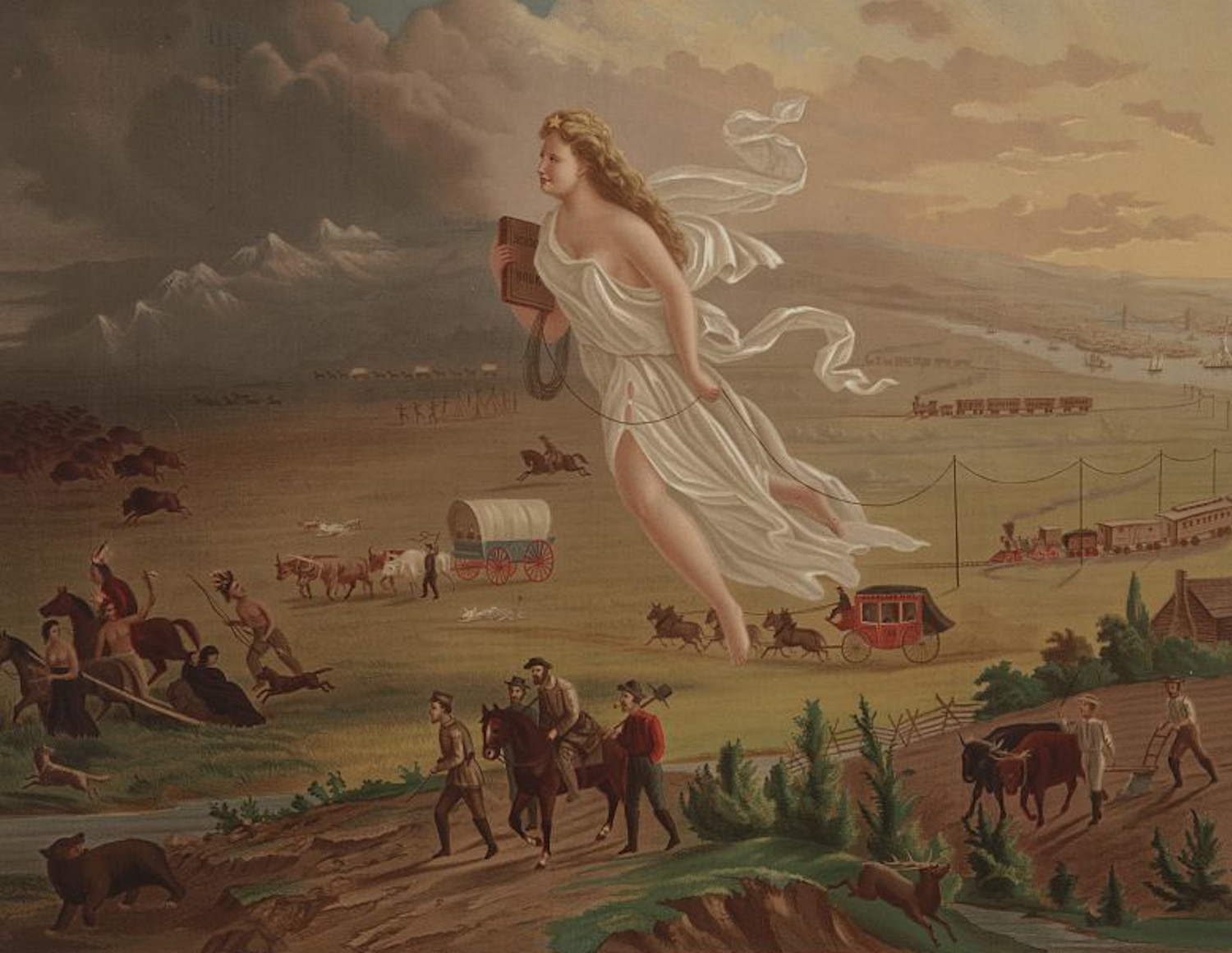 It was meant to be a shining city on a hill, John Winthrop proclaimed in 1630, but the colony of Massachusetts merely began centuries of frontier warfare on the North American continent.

Not more than a few years after the first English settlers made landfall, they began a cycle of warfare driven by their desire for land and power, which has itself conflicted with America’s proclaimed moral superiority in the world.

As waves upon waves of English settlers came to New England to flee their cramped homeland, more plots of land were required to sustain their demands of settlement. This strained the existing relationship between the local Native American tribes and the English, which culminated in King Philip’s War, stretching from 1675 until 1678. Even though most English settlements on the Connecticut River and Massachusetts frontier were laid waste in raids by indigenous forces, more English settlers came to replace those who had been killed. The competition for land was a cornerstone of American identity since the 17th century, and so laid the groundwork for the American idea of Manifest Destiny, the ideology rooted in the belief that Americans were destined to push westward and expand beyond the frontiers. Not 10 years after the Wampanoag chief “King Philip,” Metacomet, was killed and his war ended, the French and British came to blows in Maine and war ensued once more.

Colonists and religious exiles came to the American continent to find peace, but two conflicts — King William’s War (1688-1697) and Queen Anne’s War (1702-1713) — would ravage the Massachusetts and New Hampshire frontiers and later the coast of Maine for decades. The English settlers had claimed that they sought only peace, freedom, and to live their lives without fear, but their lust for land had brought them the threat of losing all they held dear to simply pursue their dreams. Life on the frontier was difficult, even without the constant threat of war. New England saw much colder winters in the 17th century than today, and food was hard to come by, but that did not prevent them from settling farther north. The Fort at No. 4 in Charlestown, New Hampshire, and others, were built as trading posts and safehouses for settlers, but it was simply the massive numbers of English settlers and the defeats of the French in Acadia and Quebec after King George’s War in the 1740s, and the French and Indian War of the 1750s, respectively, which pushed the frontier to the Appalachian Mountains and the Ohio Valley.

As if requiring a cycle of pain and destruction to continue their westward drive, American settlers were no longer content with the vast river valleys and wilds of the north woods. They desired homesteads in the fertile lowlands beyond the Proclamation Line along the Appalachian Mountains, established after the end of the French and Indian War in 1763. Only one hundred years had passed since the frontier loomed a dozen or so miles west of Boston, but the American Revolution saw fighting on the new frontier, along the trading routes of the vast inland, from the Great Lakes down the Mississippi River. This brought the frontiersmen into contact with the Cherokee of Georgia, whose land was seized by President Andrew Jackson in the early 1830s. In the 19th century, all eyes looked beyond the Mississippi, where the lust for land, adventure, gold, and a pursuit of the American dream outweighed the potential costs of wars with Mexico, England, Canada, Native American tribes and whoever else stood in the way of the Pacific Ocean.

In this pattern, America acted as an aggressive imperial force long before the Spanish–American War of 1898, but it was the turn of the century that skyrocketed America’s form of imperialism onto the global stage. Our leaders believed that America was an exceptional nation and that it was our duty as Americans to liberate nations we saw as authoritarian, evil, or otherwise corrupt. After we reached the Pacific Ocean, it was global peace and prosperity that we desired, but war after unconstitutional war overseas made that dream impossible to achieve. Our shining city on a hill became a land where we believed ourselves to be the most righteous, but our greed brought about unnecessary pain and suffering in the name of furthering our own economic and political goals. From westward expansion to global supremacy, our leaders’ claimed goals of peace and prosperity were continuously pushed aside as war became necessary to achieve them.

I ask this instead, if we want world peace, why can’t we learn from our past behaviors? It is in our blood to aim high, but we miss the mark. War doesn’t make peace. War only makes war, and will continue to do so until the end of time.

— Kyle Hansen is a 2021 graduate of Norwich University, where he received the William D. Hassett Prize in Political Science.