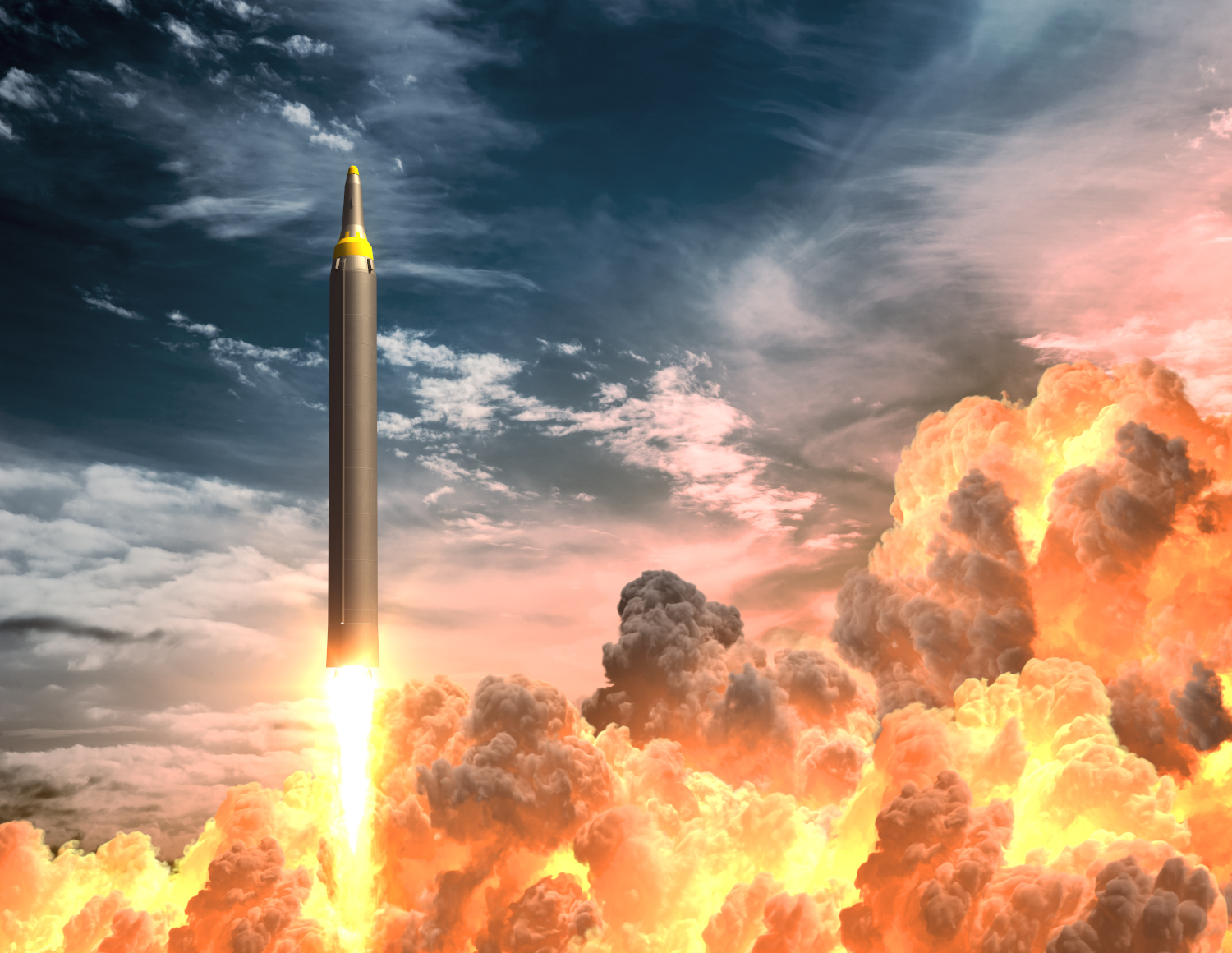 U.S. policy toward the North Korean nuclear weapons program over the past three decades has tended to swing between imposing sanctions in order to impede, slow down or force Pyongyang to reverse its nuclear pursuit, and displaying “strategic patience” by shunning the Democratic People’s Republic of Korea (DPRK) altogether, at times outsourcing diplomatic initiatives to other stakeholders such as China.

In between, administrations from George H.W. Bush to Donald Trump have engaged in bilateral and multilateral negotiations with multiple and conflicting goals, lack of policy coordination both within the U.S. government and among interested parties, and without setting priorities.

It is not surprising then, that nearly 2½ years after the high-profile Kim-Trump summit in Singapore, no substantive progress has been made, either toward the goal of denuclearization that both sides pledged in their joint statement, nor continuing formal diplomatic engagement between Pyongyang and Washington. Meanwhile, North Korea reportedly has continued with its nuclear and missile developments and Pyongyang has rejected the Biden administration’s feeler to restart the dialogue.

Clearly, continuing North Korean nuclear and missile developments pose serious threats to regional security and undermine global nonproliferation efforts. Confronting these challenges requires new thinking and initiatives in developing holistic, coordinated and phased solutions. A first step would be to draw upon lessons of the past to avoid repeating the same trodden paths of failure and mistakes, and chart a new course toward the denuclearization objective. Several points come to mind.

The first is to understand the rationale behind North Korea’s pursuit of nuclear and missile programs and difficulty of their elimination. Regime survival and state security have always been prominent in influencing Pyongyang’s pursuit of a “military first” posture, of which nuclear weapons and missiles are critical components. These serve as the country’s ultimate deterrence and it is highly unlikely that North Korea will be willing to give up its nuclear weapons until, and unless, it is convinced that its security and regime survival can be guaranteed.

However, it does not mean that Pyongyang is unresponsive to proposals and incentives that offer reasonable security guarantees and economic benefits that can at least persuade it to accept a freeze on, if not complete disarmament of, its nuclear arsenal. After all, nuclear and missile programs are not cheap, especially for a relatively impoverished country such as North Korea. Therefore, it is possible, and indeed, imperative, that a process of phased nuclear dismantlement be conceived and launched which, if not realistic to achieve complete denuclearization, it can at least contribute to minimizing the risks associated with a growing and more capable North Korean nuclear arsenal.

Second, the history of America’s efforts (and, for that matter, the international community’s efforts, as well) to get North Korea to halt, reverse and give up its nuclear weapons program is one of prolonged, complex and difficult negotiations not only between Pyongyang and Washington, but also involving international organizations such as the IAEA, and critical stakeholders such as China and South Korea. One important lesson throughout decades of these negotiations is that setting clearly defined goals remains a critical factor in helping to achieve concrete results, especially as there are multiple and divergent interests.

Third, policy coordination is yet another important factor in facilitating successful negotiations and ensuring implementation. U.S. policy toward North Korea has often followed several separate tracks, such as pursuing nuclear nonproliferation, enforcing human rights and combating illicit activities, which in turn are often pursued by different government agencies and which can present challenges for internal coordination. This is true not only within the U.S. government as different agencies pursue a diverse set of policy goals; it becomes just as critical, if not more so, in achieving agreements on coordinated approaches among interested state parties with their own history, concerns and policy priorities.

Fourth, even when agreements are achieved, it remains critical with regard to interpretation of the agreements and mutually accepted steps for implementation with clearly defined, sequential step-by-step plans that include actionable benchmarks for both sides. For instance, the U.S. and North Korea can both claim to agree on the ultimate goal of denuclearization, but their short- to medium-term goals, and the ways by which to accomplish them, remain poles apart. These can be reflected in how they interpret the terms of the agreements, and ways by which they implement them. Trying to make linkage and accomplish multiple tasks all at once can undermine the effectiveness of the strategy and could in fact inadvertently delay its full implementation. In all of these, verification could be the most crucial element.

Finally, while negotiating with North Korea can be a drawn-out and sometimes frustrating process without any guarantee that agreements will be implemented in both letter and spirit, it remains critical to keep the bilateral consultation channel open even when it sometimes needs to be conducted undercover, out of the media spotlight. Direct bilateral channels between North Korea and the U.S. have always played a critical role in facilitating candid dialogues, enhancing mutual understanding, building trust and when conditions are right, reaching some agreements.

Given the lessons of the nearly three decades of North Korean nuclear diplomacy, it is important to develop and implement holistic, practical and verifiable measures toward phased dismantlement of North Korea’s nuclear weapons program. While the most immediate driver for North Korea’s nuclear weapons program is security and regime survival, there are additional reasons why Pyongyang finds it imperative to develop the ability to deliver nuclear warheads against continental United States. Most importantly, the DPRK hopes to use its de facto nuclear state status to get international recognition and diplomatic normalization with the U.S.

North Korea’s willingness to enter into nuclear negotiation without actually planning to give up its nuclear arsenal reflects such a calculation. As a result, past attempts to compel Pyongyang to give up its nuclear weapons — either by demanding North Korea accept “grand bargains” or face sanctions — have not proven effective, which suggests that holistic approaches are needed that combine both short- to medium-term targets and the ultimate end goal of comprehensive and complete denuclearization. These should include practical and achievable diplomatic and economic steps to reduce tensions, followed by serious negotiation on capping, freezing accounting for, and eventually dismantling North Korea’s nuclear weapons program. Such steps can be designed to reciprocate Pyongyang’s verified implementation of its commitments toward denuclearization. In addition, a phased approach toward denuclearization requires realistic targets, priorities and good coordination. It is also worth remembering that the use of incentives and rewards are just as important as threats of sanctions.

Any road map of practical and incremental steps toward phased nuclear disarmament will need buy-in from key stakeholders beyond the DPRK and U.S. such as China, especially its two Asian allies — South Korea and Japan. Given the current tensions in U.S.-China relations, it is less likely that Beijing will respond to Washington’s call for exerting pressures on Pyongyang to denuclearize. Renewed efforts in forming and strengthening the U.S.-Japan-South Korea policy coordination in deterring North Korean threats and in working toward its denuclearization would be critical and must become a top policy priority for the Biden administration.

Balancing the interests of all states involved in the effort to contain and dismantle DPRK’s nuclear program is a very challenging task. The nearly three decades of nuclear diplomacy on North Korea have failed to prevent it from making significant progress in its nuclear weapons program. At the same time, the history of the diplomatic efforts shows that well-defined objectives, incremental approaches and close policy coordination addressing both the symptoms and the causes of North Korea’s nuclear proliferation activities were at times successful in halting, slowing down and even reversing its advancement. Past experience suggests it remains possible to develop a framework for dismantlement of the DPRK nuclear weapons program.

Finding the right combination of political and economic measures and translating them into practical steps toward verifiable elimination of the DPRK nuclear program will certainly take considerable time and effort. It will also require careful examination of lessons of the past and a coordinated work of the international community.

— Jingdong Yuan is an associate professor of international security at the University of Sydney, and associate senior fellow, Stockholm International Peace Research Institute.

By Jingdong Yuan
Category: Voices on Peace and War
April 09, 2021