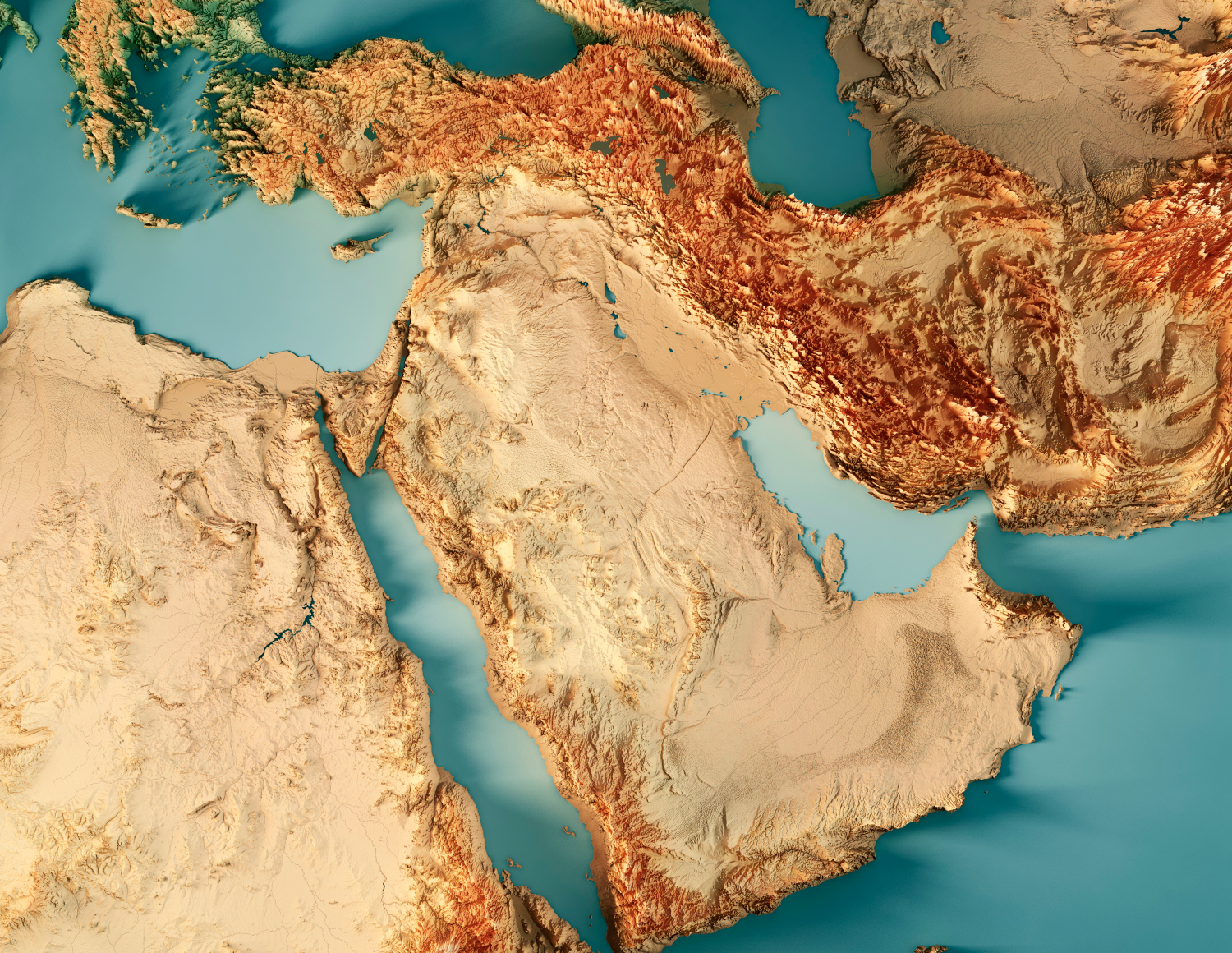 American Grand Strategy seems to be going back to the future — a 19th-century one of “Great Power Competition,” that is.

This process began under Obama, ramped up under Trump, and is continuing, albeit in a less bellicose way, under Biden. There are those who would not deem it wise—especially if it were to “elevate competition itself to the guiding paradigm of U.S. foreign policy.” But the assumption, if not the geopolitical reality, is here to stay for the foreseeable future; and the former may to some extent engender the latter.

That being so, the global tussle for power among the U.S., China and Russia will likely prove particularly problematic for the already troubled Middle East, where terrorism and insurgencies simmer, and often boil over. If the U.S. is going to pursue effective polices in the region vis-à-vis those Great Power competitors, it would behoove us to learn from the experience of the last Great Power to rule the region, the Ottoman Empire.

Sixteen nations in North Africa and the Middle East were once part of the Ottoman state. Ten of those now face active insurgencies: Algeria, Tunisia, Libya, Egypt, Sudan, Yemen, Iraq, Syria, Israel/Palestine and Turkey. The Ottomans confronted seven major insurrections during their 500-year reign, as I examine in my latest book “The COIN of the Islamic Realm: Insurgencies and the Ottoman Empire, 1416-1916.” Sufi groups, Celalis and Kadizadelis posed a problem in Anatolia (modern Turkey). The Druzes of Syria gave the Sultans headaches. Yemen’s Zaydis were a multigenerational mutiny against the imperial center. The Wahhabis sought to oust the Ottomans from Arabia, and ultimately succeeded. And the eschatological Mahdists did the same for Sudan. Not all of these anti-Ottoman groups have analogs in the modern Middle East. But the Kadizadelis, Zaydis and Sudanese Mahdists certainly do. Before drawing lessons from these conflicts, some background is in order.

The Kadizadelis were 17th century Sunni fundamentalists who agitated, mainly in Istanbul, to make the Ottoman state more literalist in its understanding and application of Islamic norms. Imperial responses included arrest, imprisonment and exile of its leadership, as well as fatwas revalidating the Empire’s official more moderate Islam. The Zaydis were (and still are) the sub-sect of Shi`ism predominant in Yemen. From the 16th to the early 20th centuries the Ottomans tried, many times, to subdue the Zaydi tribes there.

Despite many successes, using both kinetic efforts and attempts to “win hearts and minds,” the Ottoman state eventually left southwestern Arabia. Finally, the followers of Muhammad Ahmad, the self-proclaimed Sudanese Mahdi (who was an end-times Muslim messianic figure), prevailed in a guerrilla war against the Sultan’s Egyptian proxies and even their British allies in the 1880s. So what lessons can be learned from these historical examples of insurgency and counterinsurgency? The Kadizadelis perhaps most resemble today’s Hizb al-Tahrir (HT) or the Muslim Brotherhood (MB), active in many parts of the former Ottoman domains. Both want more conservative Islamic norms and a government that will enforce them — although HT, unlike the MB, openly supports a restored caliphate.

The Ottoman paradigm of incarceration and delegitimization could work against both, because HT and the MB rely on inculcation, not jihad, to effect regime change. The main lesson from the Ottomans here is that Islamic religious establishments are much more effective in undermining opposition groups than the U.S. could ever hope to be.

The Zaydis don’t merely have modern equivalents — they still exist in Yemen, and are fighting those they deem outsiders in much the same way. The Ottoman Empire spent almost 150 years trying to pacify the obstreperous Shi`i tribes there, via a myriad of methods: from scorched earth on one extreme to co-optation, building infrastructure and schools, and recruiting native military units on the other. They also tried, often quite successfully, playing different tribes and Islamic sects against one another.

And the Ottomans interdicted interference (weapons) from a hopeful Great Power, Italy. All these allowed the Sultans to hold on to Yemen until the eve of World War I. Today, outside belligerents are Saudi Arabia and Iran (which considers itself a Great Power) rather than the Ottomans and the Italians. But the Empire’s experience can be, again, instructive. If the preeminent Muslim power of all time could not vanquish Zaydi resistance — even with tens of thousands of boots on the ground and while also lavishing huge amounts of resources to win hearts and minds—then what hope do the Gulf Sunnis have to do so?

No modern nation has as much cachet in Yemen as did the Ottoman Sultanate — and the Zaydis still fought against it. Also, just as in previous centuries, the Zaydis have genuine grievances against Sunnis in power lording it over them — Iran didn’t create this. (The Biden administration was correct to delist the Zaydi Houthis as a terrorist group.) The Ottomans divided Yemen into separate administrative districts; perhaps it’s time to emulate that and recreate North and South Yemen.

The final insurgency which the Ottomans battled was not only the most serious — it also deeply intertwined Great Power competition and COIN. The Sudanese Mahdists followed a man claiming to be the eschatological leader predicted by Islamic traditions. He triumphed over condemnatory fatwas, assassination attempts and kinetic operations by Ottomans, Egyptians and even the British. Muhammad Ahmad was finally felled, rather, by a mosquito — dying of malaria six months after taking power in Khartoum. His disciples controlled Sudan for 13 years. The Ottomans didn’t take this movement seriously at first, most particularly because of its leader’s apocalyptic claims.

Much the same mistake was made by modern Muslim rulers regarding ISIL, which while it never proclaimed Abu Bakr al-Baghdadi as Mahdi, did (and does) hold much the same end-time beliefs — as do many “nonextremist” Muslims. The poor Ottoman handling of Sudanese Mahdism provides an object lesson in what not to do with such movements. Don’t take them lightly. Don’t send token forces when finally deciding to strike militarily. And don’t subcontract your responses to another Great Power, as Istanbul did to London; it’s likely to have its own interests, not yours, at heart.

A great song from my generation warned that “Lessons learned are like bridges burned/ You only need to cross them but once.” The Ottoman Empire found out, the hard way, how to combat insurgencies in its domains. With some study we, and our allies, might learn from the Ottoman experience.

— Timothy R. Furnish is a writer and university professor with a doctorate in Islamic history (Ohio State University, 2001), specializing in eschatology and Mahdism. He served in the 101st Airborne Division as an Arabic linguist and worked for U.S. Special Operations Command as a civilian analyst. He is the author of five books. Learn more about him at his website, The Occidental Jihadist.