Regimental Band sees the lights go out on Broadway 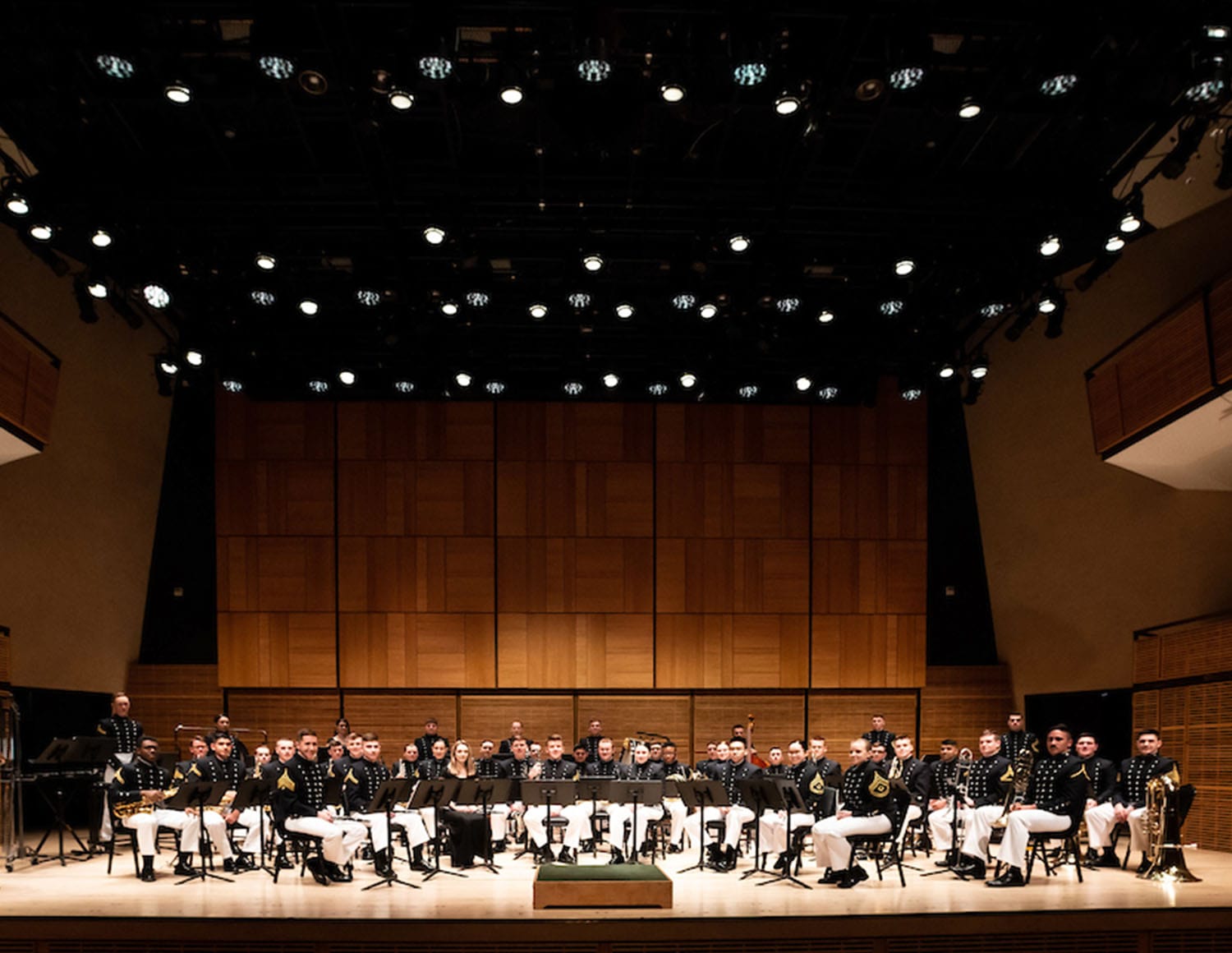 The band performed its bicentennial concert March 12 in the 599-seat underground Zankel Hall for a crowd of about 150 people, including parents and friends of the musicians and alumni, Col. Todd Edwards, assistant commandant of Norwich’s Corps of Cadets and the Regimental Band’s director, said.

“When we went out onstage for the concert, we were expecting a small crowd, given everything that was going on. But it was bigger and better than we’d expected. The people in the audience were very appreciative.”Col. Todd Edwards, Norwich University Regimental Band director

The concert was four years in the making. The idea for it was floated in 2016; the concert approved in December 2018 after a year-and-a-half screening that included sending videos and recordings to a review panel.

Edwards said that on the afternoon of the concert, the band had arranged its seats and instruments and had gone through half a soundcheck when a producer approached with news. He told Edwards Carnegie Hall’s other acts that night had canceled their performances.

“They said they’d closed everything else down and asked if we wanted to continue to play; they said we’d be the last act performing,” Edwards said. “When we went out onstage for the concert we were expecting a small crowd, given everything that was going on. But it was bigger and better than we’d expected. The people in the audience were very appreciative.

“It was a wonderful concert and a wonderful night,” he said. “And we’re going with the line, ‘We closed down New York City.’”

Before the concert, the band’s musicians said they’d practiced longer than usual in their twice-a-week rehearsals with Edwards and by themselves, in the band room or rehearsal rooms in White Chapel’s cellar. Clarinetist Daniel Ambrose said sections of the band had met for extra practice and sent recordings of practice to band section leaders to demonstrate their progress.

Edwards said the band’s practice paid off, especially during “Pineapple Poll,” a 12-minute song inspired by a Gilbert and Sullivan comic ballet.

“The songs they’d been playing, they played the best that night,” Edwards said of his musicians. “I saw several of them peak musically.”

Sliding in before slate wiped out

On March 13, New York Gov. Andrew Cuomo barred gatherings of 500 people or more in his state and Carnegie Hall said it would shutter at least through March 31. Scrapped performances included concerts by singer Carly Simon, the Philadelphia Orchestra, the Young Maestro Competitions and Boston University.

News of the pandemic’s advance and a cascade of shelter-in-place edicts prompted the Regimental Band to scrap a planned swing through Washington, D.C. and related chances to perform, and return to Vermont.

Nevertheless, Edwards said he was glad for the band’s Carnegie hallmark. During the concert’s intermission, he reminded his musicians to savor the atmosphere and cherish the moment.

“The band was very excited to be playing, I saw the realization hit them at different times, ‘I’m playing at Carnegie Hall,’” Edwards said. “I told them to take a moment during the second half of the concert when they weren’t playing, while still counting the (musical) measures, to look around and think about what they were doing.

“I was doing it myself,” he added. “I was conducting and made eye contact with every one of the musicians. We were all remembering all the work and remembering what a special night it was.”

Have a story to share about how the COVID-19 pandemic has affected you? Consider donating letters, journal entries, photos or videos that you’d like to become part of our historical record. Contribute your stories here: https://bit.ly/2WRiZ3s