Keeping our Norwich students and community informed and safe. 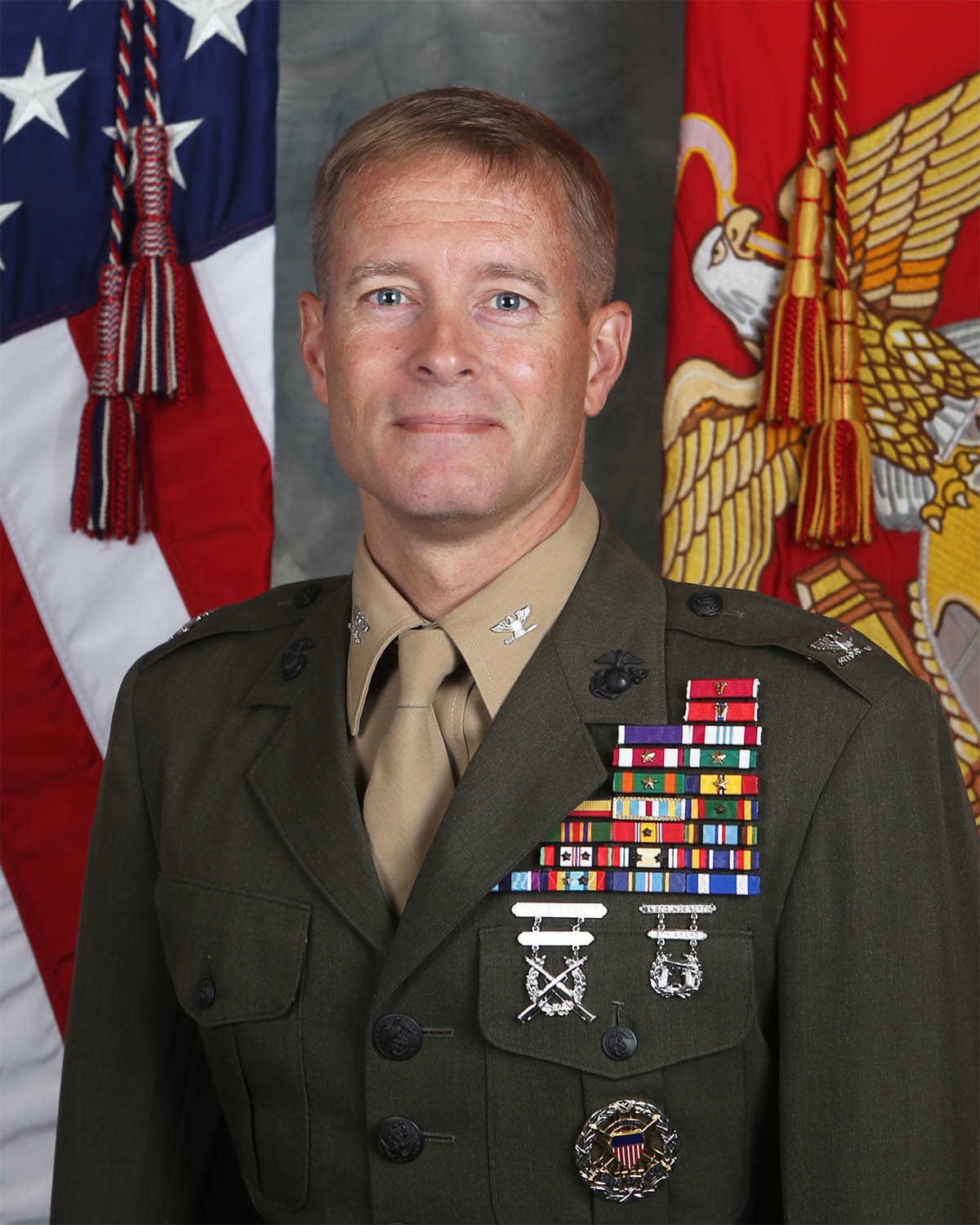 In 2002 McCollough served as a Congressional Fellow, followed by assignment as the Deputy Marine Liaison to the U.S. House of Representatives. He returned to 3d Battalion, 5th Marines for duty as Executive Officer in 2005 and was later assigned as the Team Chief for Military Transition Team 1/3/1 during Operation Iraqi Freedom.

In 2006 McCollough was assigned as the Operations Officer for 1st Marines and returned with them to Iraq where he served as the Executive Officer and Tribal Engagement Officer. Upon return from Iraq, he assumed command of 1st Battalion, 5th Marines. In 2009 he led them in Afghanistan in support of Operation Enduring Freedom where his battalion seized the Nawa District of Helmand Province during Operation Kanjari.

After battalion command McCollough graduated with honors from the Marine Corps War College, and was subsequently posted to the Joint Staff J-3. In 2013, he deployed to Lashkar Gah, Afghanistan, as the officer in charge of the Afghan National Police Advisor Team.

From 2016 to 2019, McCollough was the director of the Marine Corps Command and Staff College. His final posting until his retirement in 2021 was as the Marine Corps liaison to the U.S. House of Representatives.

Colonel McCollough’s personal awards include the Legion of Merit with “V” device and four gold stars, the Bronze Star with “V” device, the Purple Heart and the Combat Action Ribbon with one gold star.

“I am humbled and excited to assume the duties of Commandant and Vice President of Student Affairs at my alma mater,” McCollough said. “Norwich provided me with a firm foundation and prepared me well for the opportunities and challenges of the last 30 years. I look forward to paying that back by guiding and developing the next generation of outstanding military and citizen leaders we are known for producing.”

As a member of the president's cabinet, McCollough will advise university leadership on matters of student recruitment, retention, and success, to include strategic planning and student success indicators. He will ensure and enable a wide-ranging group of services, policies, and procedures to include housing, morale, and welfare, all designed to enhance the Corps of Cadets and civilian student lifestyles at Norwich University and prepare graduates to lead and serve, whether in the military, government or the private sector.

“We conducted an exhaustive search for our next Commandant and VPSA,” Anarumo said. “In Bill McCollough, we have found the perfect person at the perfect time for Norwich University. He is a distinguished Norwich alumnus with a remarkable record of service, experience in the highest levels of government, and success in demanding academic environments.

“I am excited to welcome Bill and his wife, Caroline, to the Norwich University family as we enter our third century of service,” Anarumo added. “This is a transformative hire for Norwich.”

Anarumo concluded, “During the extended search process many members of the Norwich community worked additional duties and very long hours while short staffed; for their above and beyond service, I am forever grateful. I would especially like to acknowledge the Acting Commandant LTC (Vermont State Militia) Bill Passalacqua and Acting Dean of Students Greg McGrath, both of whom provided key leadership to the Student Affairs team through this critical time.

“Please join me in thanking them and the entire Student Affairs team for their herculean efforts this past summer. And please join me in welcoming Bill and Caroline McCollough to the Norwich family!”

For general questions and support on COVID-19