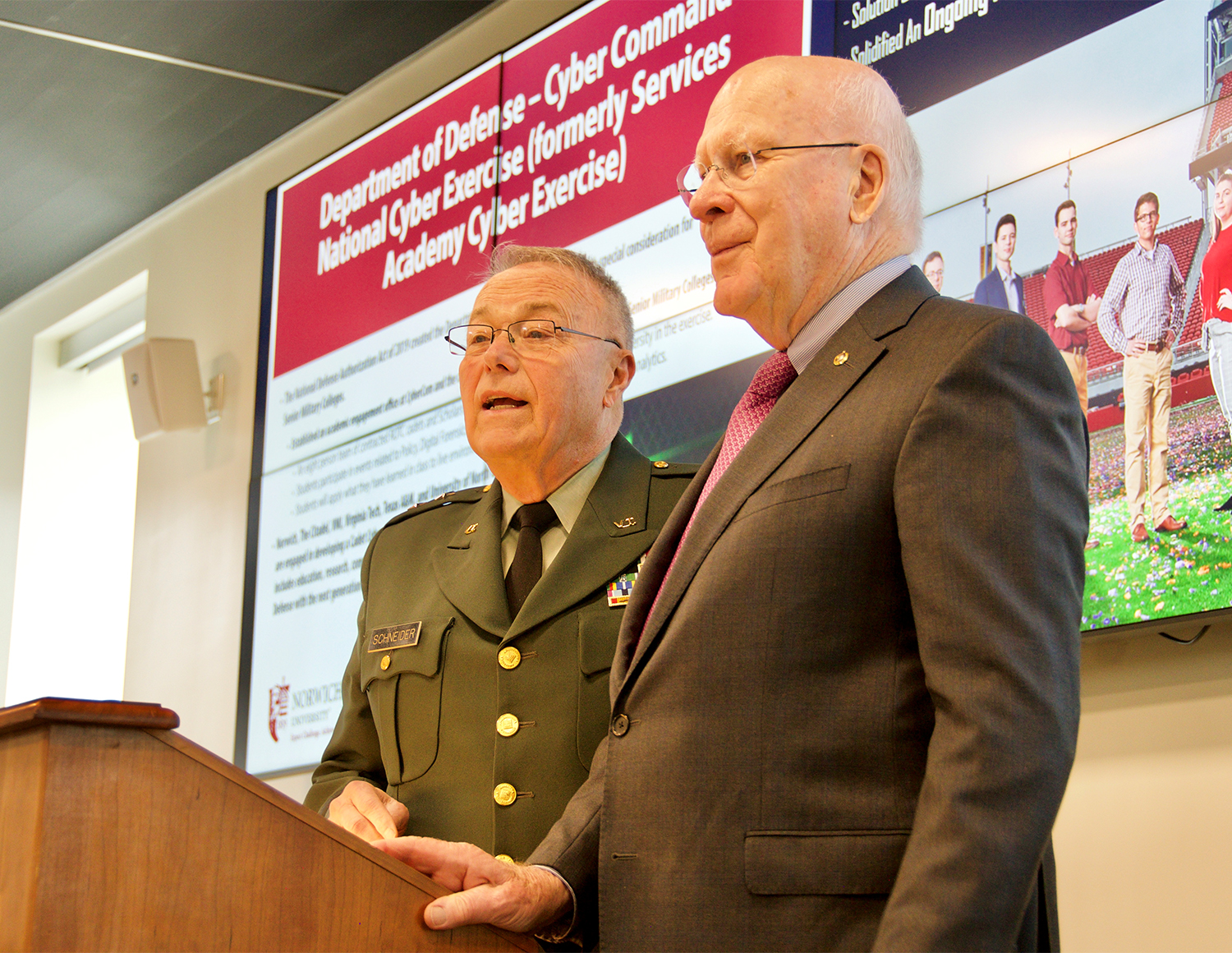 “Norwich University is at the forefront of partnering with federal agencies to make Americans safer and our students more prepared for the 21st century workforce,” Leahy said. “I’m proud to continue my longstanding support of their efforts through the appropriations process, and proud of the world-class education going on right here in Vermont. This work is important, and it is timely.”

Ranked #2 by the Ponemon Institute for cyber security in the U.S. in its 2014 “Best Schools” report, Norwich University programs are consistently ranked among the best in the nation for cyber security education. Norwich University is recognized as a National Center of Academic Excellence in Cyber Defense Education by the National Security Agency (NSA) and the Department of Homeland Security (DHS) and has received designation as a Center of Digital Forensics Academic Excellence (CDFAE) by the Defense Cyber Crime Center (DC3). Beginning in 2002, Norwich University became a member of what is now called National Science Foundation’s Cyber Corps: Scholarship for Service program. Norwich is partnered with the United States Army Reserves (USAR) to develop cyber-education curricula that align with federal standards and cybersecurity needs. Most recently Norwich’s online graduate program was named one of the top ten best cybersecurity graduate programs in the country by Universities.com. Norwich is also home to GenCyber@NU, a National Security Agency and National Science Foundation-funded cybersecurity camp for high school students.

Norwich University Applied Research Institutes (NUARI) was federally chartered under legislation sponsored by Sen. Patrick Leahy in 2002 and is funded in part through the U.S. Department of Homeland Security and the U.S. Department of Defense. NUARI has a national center to address cyber incident management challenges through research, training programs and technology development and has been a global leader for more than a decade in developing cyber war gaming, distributed learning technology, distributed simulation technology, critical infrastructure exercises, and cyber security curriculum.