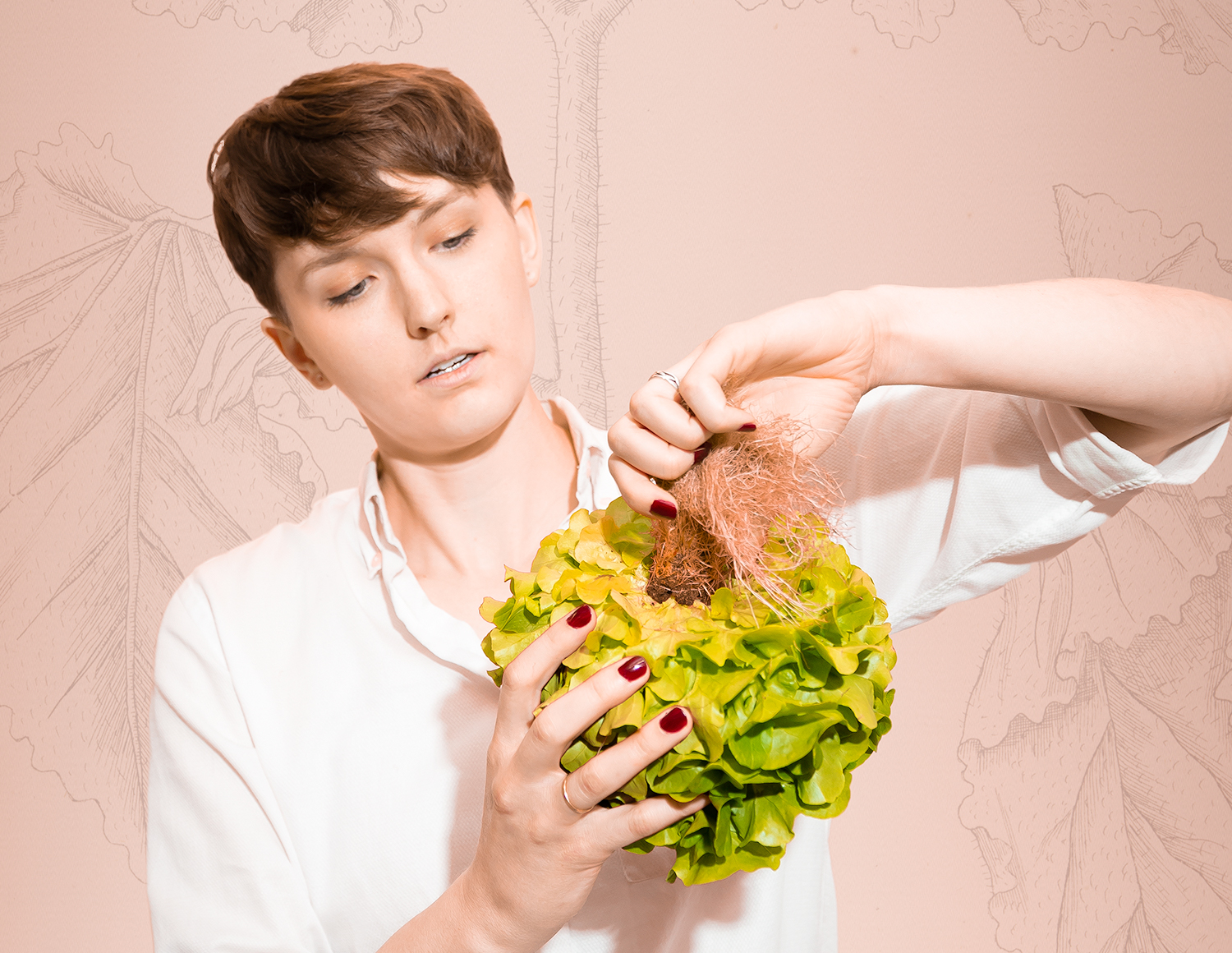 Exploring fields ranging from brain research to the mathematical modeling of disease to simulations of the superheated atmospheric reentry of spacecraft, summer scholars discover the challenges and rewards of faculty-mentored research.

Associate Professor of English and Undergraduate Research Program Director Amy Woodbury Tease notes that Norwich students are very active learners who benefit from the URP’s multidisciplinary research community. “Often the best collaborations come from working with people who have ideas that are different from yours. And so by participating in undergraduate research, you get those kinds of opportunities that you don’t necessarily get by studying one particular subject in one particular classroom.”

This year, over two dozen Norwich student-scholars worked in labs, libraries, and field sites on campus and around the globe, discovering the challenges and rewards of independent research. Here are seven portraits.

A way to grow plants in nutrient-rich liquid rather than soil, hydroponics has brought farming to previously unhospitable places. Take New York City, where the nation’s first commercial rooftop hydroponic greenhouse opened in 2011. It worked in the Big Apple, so why not the Moon? Or famine-stricken regions on Earth? Brielle King ’21 began investigating that question this summer, thanks to a grant from the Vermont Space Grant Consortium, which receives funding from NASA. The sophomore focused her inquiry on engineering principles that could inform the design of rapidly deployable, pop-up containers for mobile greenhouses. She was inspired by NU alum Jacob Isham ’12, co-founder of Vermont vertical farming startup Ceres Greens, who proposed the idea. “This work not only applies to the here-and-now on Earth,” King says, “but also to mankind’s future plans on the Moon and beyond.”

The Brain Science of Language

As a teenager, Angelina Coronado suffered a traumatic brain injury and temporarily lost her ability to comprehend speech and language. After she recovered, she began looking into conditions such as dyslexia and aphasia (the latter is the inability to understand or initiate speech), asking questions about how the brain processes language. Over the summer, she sought to define the role of the frontal lobe in language comprehension using electroencephalography, or EEG. “I found out that there’s definitely a separation between processing and comprehending,” she says. “Or in the terms of my experiment, knowing and understanding. Knowing is, I’ve seen that before. I can tell you what it is. But understanding is, Do I understand it in context?”

This summer, the research duo took an interdisciplinary approach to a component of mathematics professor Joe Latulippe’s ongoing Alzheimer’s research. Specifically, the twosome wrote and ran computer simulations to test calcium levels in neurons under the influence of amyloid beta, a protein in the brain commonly associated with the disease. More than once, the simulations caused their laptops to overheat and shut down. “Then we had to figure out whether our model was too complicated or if we were missing something as simple as a semicolon in the code telling the program to run infinitely,” Alfond quips. All part of the learning process.

The Complex Math of Graphs

“In math, we use graphs, sets of vertices connected by edges, to represent relationships between different objects,” Moore begins. In her summer research, she looked at the edge colorings of graphs, “the assignment of colors to the edges in which two adjacent edges cannot be the same color.” The star chromatic index, she explains, “is the minimum number of colors needed to color a graph where any path of four cannot be bicolored, two colors.” If it sounds complicated, you’re not alone. Even within the math community, not much is known about the star chromatic index. To describe her work to a lay-person, the senior uses the analogy of an airline network. “We can represent the network by using a complete graph, and use the star chromatic index to help prevent monopolization between airlines.” As for how the formula is coming along, Moore smiles. “I feel like we’re still pretty far away from it.”

As a rising sophomore, Heather Peterson knew it would be a challenge to take on a project aimed at simulating a spacecraft’s reentry into the atmosphere. But that was part of the appeal. “It’s pretty difficult to get a piece of copper to withstand temperatures up to 10,000 Kelvin,” she says. “We’re essentially taking superheated argon and forcing it through a nozzle to make it flow faster than the speed of sound.” While accurately simulating the reentry of a spacecraft remains out of reach, “we can take another small step closer.”

Mallory Dutil joined fellow Norwich undergrads Colter Sheveland ’20 and Dillon Zites ’20 this summer to help build upon chemistry professor Tom Shell’s body of research on light-activated, targeted delivery systems for cancer drugs. Shell and his colleagues have pioneered novel chemistry that binds toxic cancer drugs to a harmless shell that can then be removed when exposed to infrared light deep in human tissue. For Dutil’s contributions to that effort, she worked with toremifene, used to treat breast cancer, and taxol-succinate, which treats a variety of cancers. “The thought that this work may potentially help people one day is amazing to me,” she says.