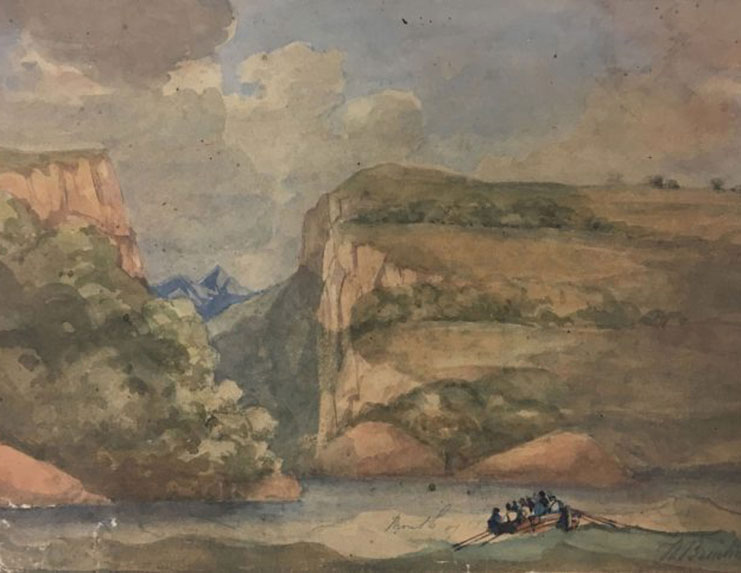 The Norwich University Sullivan Museum and History Center presents “Explorers of Norwich” with an opening reception Thursday, Aug. 31, from 4-6 p.m. and a presentation to follow from 6-8 p.m.

The state’s only Smithsonian Affiliate, the Sullivan Museum and History Center is free and open to the public. Light refreshments will be served during the opening reception.

The exhibition, “Explorers of Norwich,” will focus on Norwich University alumni whose lives shaped and changed our nation during the mid-19th and early 20th Centuries. Hiram Paulding, George M. and George P. Colvocoresses, George M. Totten, General Grenville Dodge, William Brenton Boggs, Truman Seymour and many others traversed the nation, the continents and the world in search of new lands, new opportunities and new discoveries on behalf of the nation. On view will be items reflecting the stories of the U.S. Exploring Expedition or The Wilkes Expedition; building of the Panama Railroad; the Rodgers-Ringgold Exploring Expedition; and travels to the Northwest Passage and the interior of the newly acquired lands west of the Mississippi.

This exhibition is supported in part by the TAWANI Foundation, TAWANI Enterprises’ philanthropic organization, and several major museums in the Northeast.

This exhibit will feature many fascinating works of art, including drawings done by numerous artists, including William Brenton Boggs, Alfred Agate and Titian Ramsey Peale, of geographical scenes as well as botanical and animal specimens found on the various expeditions. Also on display will be Samuel Lancaster Gerry’s “Old Man in the Mountain,” painted about 1885. Gerry, a self-taught artist from Boston, was a leader of the White Mountain School of painting in the 1840s. This large – nearly 7 by 6 feet – painting is a beautiful example of his work that depicts New Hampshire’s most famous landmark.

Immediately following the Aug. 31 reception Tim Brookes will present “Discovering Mother Tongues; Cultural Erosion and the Future of the Written Word,” in the Museum conference room from 6 – 8 p.m. This presentation accompanies a companion exhibit to “Explorers of Norwich.” Sponsored by the Vermont Humanities Council, Brookes’ presentation will delve more deeply into his carved pieces (on display, pictured left), leading a discussion on how technology will help—and always has helped—define the nature of communication, and showing how the story of a culture can be seen in its writing.