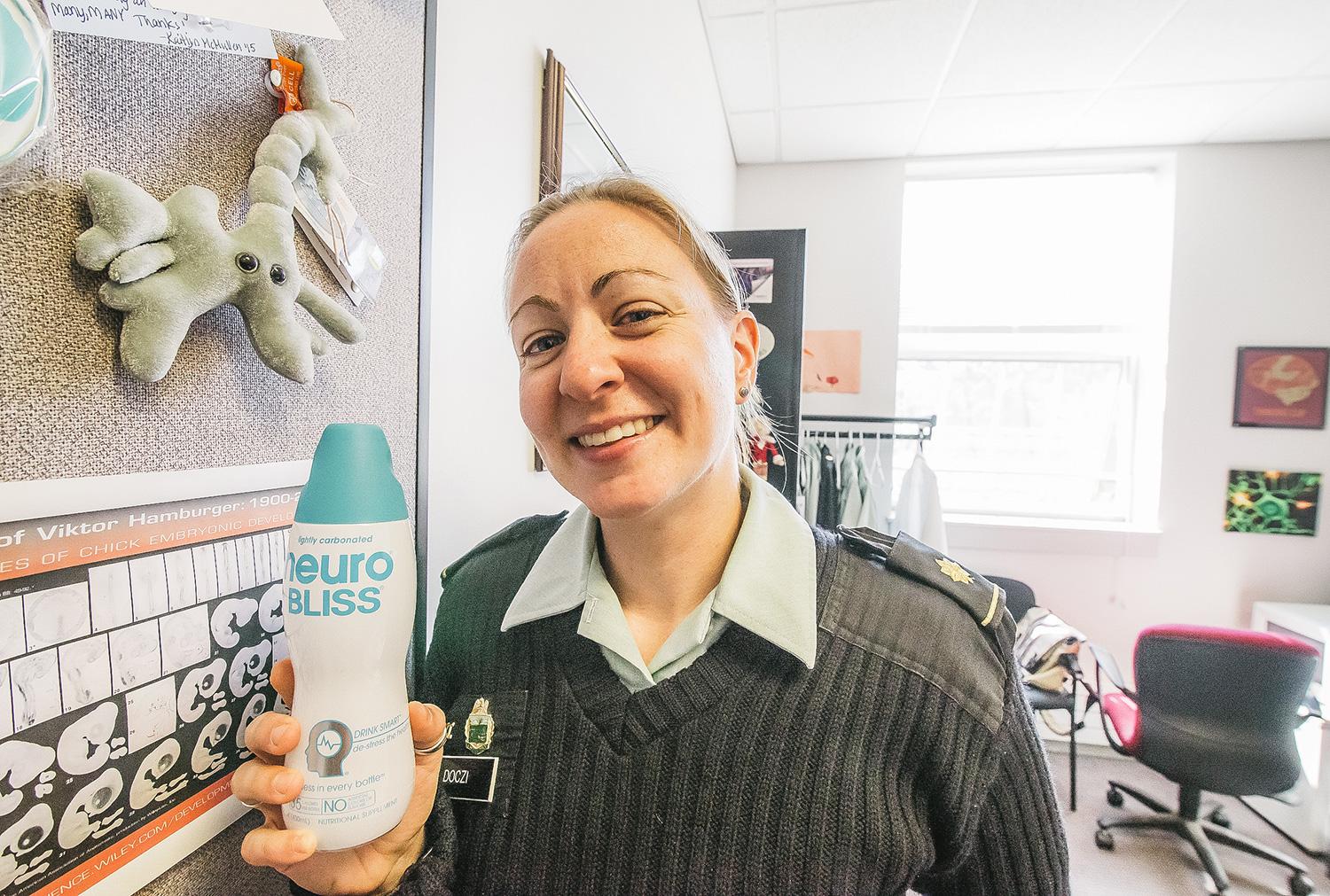 Norwich University Assistant Professor of Biology Megan Doczi fell in love with neuroscience in high school. The sparks flew during an intro psychology class, specifically at chapter two (“The Neuron”) of the course textbook. Today, Doczi teaches neuroscience, anatomy and physiology classes at Norwich and directs the university’s neuroscience program. In the lab, she studies ion channels in avian hypothalamus neurons and the pathways that regulate feeding behavior and appetite. Below, a tour of her office in nine objects. 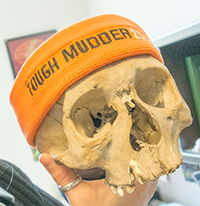 1. Human Skull
Gift from Lauryn DePaul, a student in the first anatomy and physiology class Doczi taught when she arrived in 2011. “Someone in her family had acquired this. I think they were a dentist.” Doczi repaired the broken skull with superglue. She added the Tough Mudder 2014 headband after completing the 10-mile obstacle course with friends last year. “It’s definitely a fusion between the outdoor enthusiast in me and the anatomist and neuroscientist in me.”

2. Fluffy Brain Toy
“It’s a stuffed brain. I also have a stuffed heart and a neuron.” They belong to her collection of gifts and “nerdy stuff” people have given Doczi over the years.

3. UVM Doctorate
“That was six years of really hard work and a beautiful institution. I value that quite a bit.” Doczi says the frame cost several hundred dollars and was probably her most expensive purchase as a graduate student. 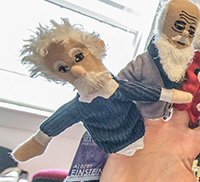 4. Famous Scientist Finger Puppets
Albert Einstein, Madame Currie, Isaac Newton and Charles Darwin. Magnets are on the back. “They were gifts from one of my family members back in graduate school.”

5. Child’s Drawing
A gift from the daughter of Biology department colleague Karen Hinkle. Last year, Doczi won the Peggy R. Williams Emerging Professional Award from Vermont Women in Higher Education. “Willoughby drew me a picture and said congratulations on winning your award. It was the cutest thing. I think that speaks to the collegiality we have in the department and the university as a whole.” 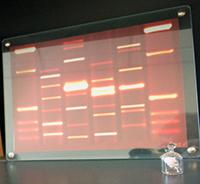 6. DNA Art
A PhD graduation gift from friends. “They bought me this DNA artwork package. That’s my DNA from a cheek swab that was sent to a company. They ran a fragmentation and a gel electrophoresis on my own DNA, and I got to choose the color. It just looks cool. It’s really sciencey, and it’s from two really good friends of mine.”

7. Eppendorf Pippettes
Carousel of pipettes in 2.5 through 1,000 microliter sizes for dispensing precise volumes of liquid during lab work. Bought with leftover funds so that more students could work in the lab simultaneously.

8. Neuro Bliss Energy Drink
Label on can claims contents help reduce stress, enhance memory and support a positive outlook. “The irony is that no drink is going to do that. But it’s cool, because it says ‘Neuro Bliss’ on it.”

9. CDs and Playlist
Depeche Mode, mix CDs from friends, Pandora, Spotify, independent radio stations. Guilty pleasure: Lady Gaga, including “Born This Way” and concerts in Montreal and Madison Square Garden. Last album purchased: “I haven’t downloaded anything in a long time. This is so embarrassing. This is where it stalls.”