Engineering Internships a Win-Win for Students and Organizations 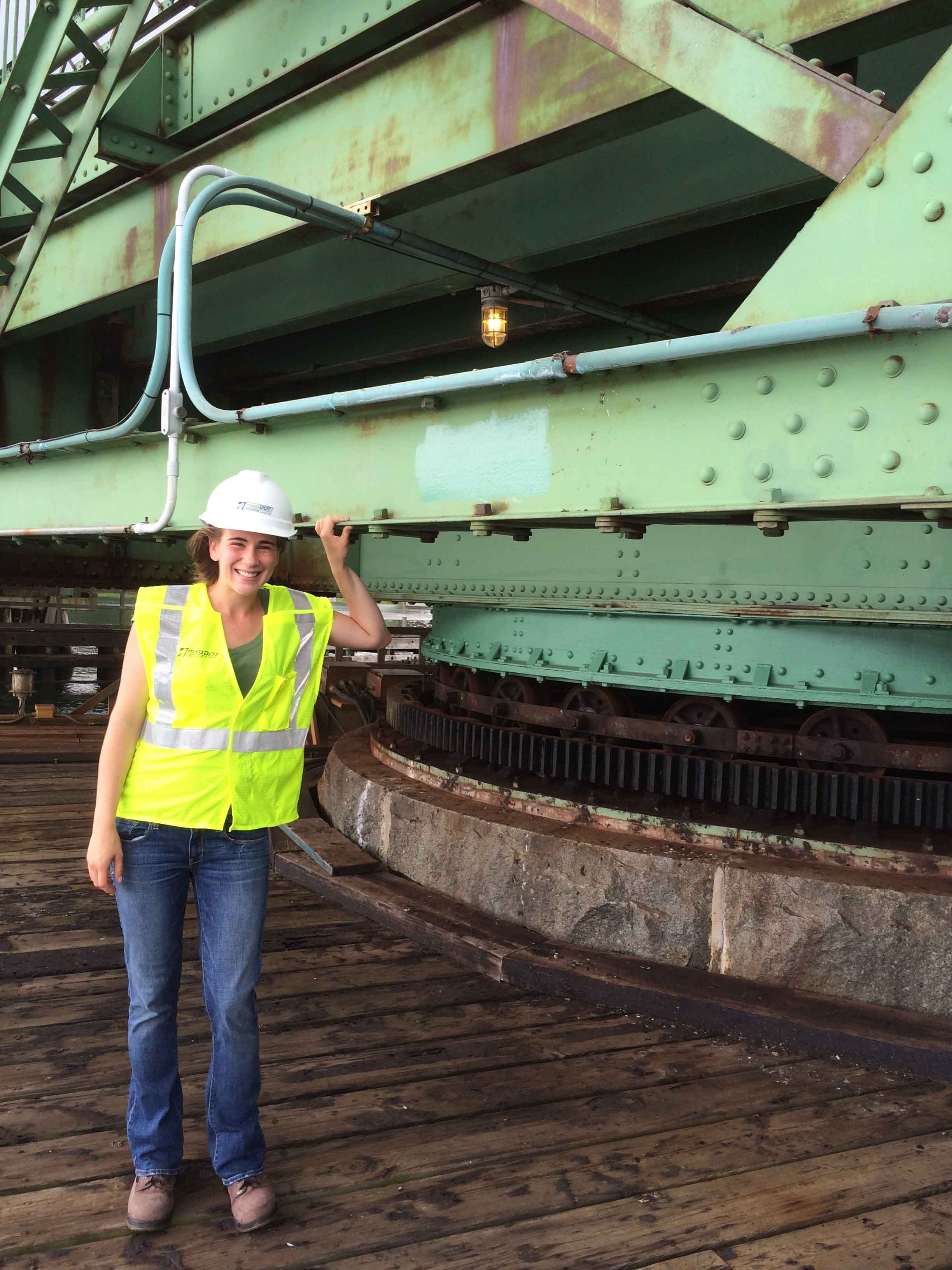 Submitted by Massachusetts Department of Transportation

Norwich civil engineering student Renee Layton is literally constructing bridges to her future. In the process, she’s learning valuable technical and teamwork skills and proving the value of Norwich’s hands-on approach to an engineering education.

Layton, a senior from Deerfield, N.H., served as an intern to the Massachusetts Department of Transportation (MassDOT) in the summer and winter of 2015 and summer of 2016, working on a bridge design team for approximately 2 ½ months and also doing intermittent bridge inspections.

“Renee was a great asset to our MassDOT team on various bridge projects throughout Massachusetts. During her internship, Renee learned valuable technical and teamwork skills,” wrote officials at MassDOT, who noted “her advanced technical skills had a significant impact” on learning how to use advanced software on bridge design and rating and understanding bridge design code.

During her internships, she primarily worked on Route 213 bridges over the Spicket River in Methuen in planning bridge deck replacements. She also worked on designing and drafting traffic management plans using AutoCAD and contributed to contract drawings by drafting the bridge profiles and some abutment sections.

“Working on bridges sometimes takes years and it is important to take into consideration how traffic flows around these big projects” Layton said. “I also had to determine what signs needed to be put into place and where so that drivers can be safe near bridge projects.”

“I did a lot of Auto CAD (computer aided design program) on repairs for bridges,” Layton said. “I worked on design and rating programs for one span bridges to see if the bridges can hold todays capacity of traffic. This program basically builds a model of the bridge with every component, and then does an analysis on the bridge to see if it is structurally deficient based on today’s traffic and new trucks. I had to do some hand calculations that I learned in school to check my answers I got from the computer.”

“Renee’s education at Norwich helped prepare her for this internship at MassDOT,” officials wrote, “leading her to success on numerous projects.” Her reports, sketches and use of MacDraft software highlighted where beam repairs were needed and developed a contract for repairs.

“Renee’s successful internship at MassDOT was fueled by her keen interest in all aspects of bridges, her ability to work as part of a team to accomplish a goal, and she encompassed all of MassDOT’s values, especially dedication, respect, and innovation in all that she did.”

“I want to become a structural engineer, and help the country’s infrastructure, mainly bridges. I don’t think we need any new bridges built, I think we need to fix what we have first,” Layton said. “In order for me to get my PE (Professional Engineer) license I need to take the FE (Fundamentals of Engineering exam), which I am taking in April. Following that I need about four years of experience working under a licensed PE at which time I can apply to take my PE exam and become a Professional Licensed Engineer in whatever state I decide to live in. I have a passion for bridges and structures. I know I will have fun doing it.”