Norwich University names former Chairman of the Joint Chief of Staff as its 2023 Commencement speaker with Navy admiral and NU alum to be Joint Commissioning speaker. 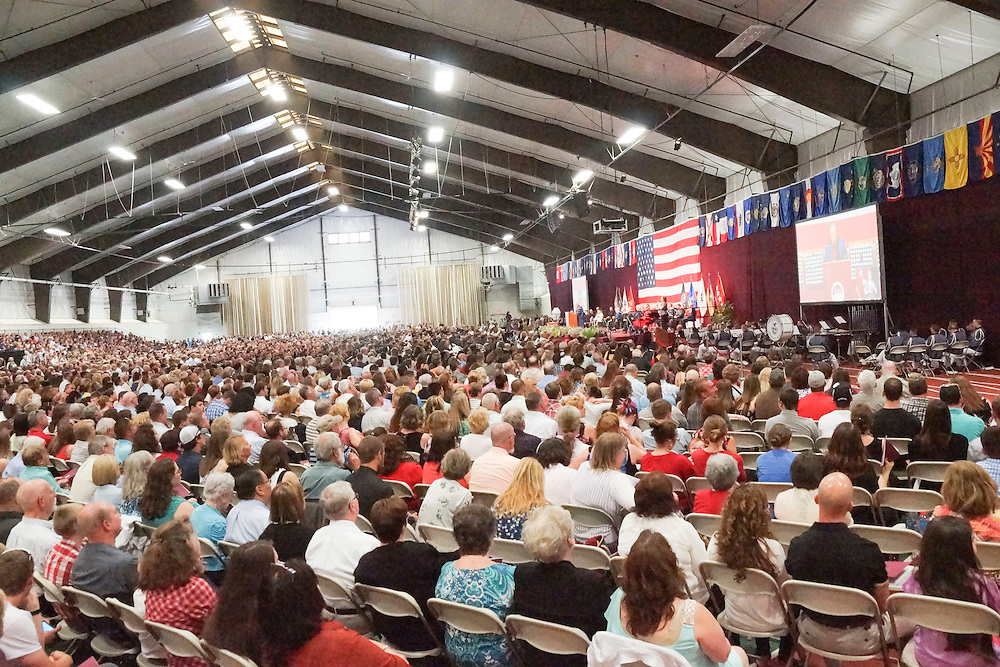 NORTHFIELD, Vt. —Norwich University is honored to announce that General Joseph Dunford, Chairman of the Joint Chief of Staff from 2015 – 2019 and 36th Commandant of the Marine Corps, will deliver the university’s 2023 commencement address to graduating seniors on Saturday, April 29, 2023. In addition, Rear Admiral Scott Robertson NU ’91, will serve as the commissioning officer for this year’s ROTC graduates. 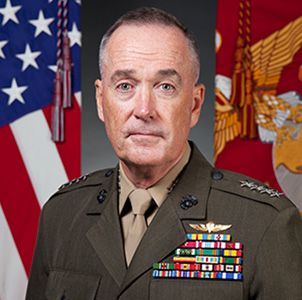 General Dunford, Jr. was nominated as the 19th Chairman of the Joint Chiefs of Staff, the nation's highest-ranking military officer, and the principal military advisor to the President, Secretary of Defense, and National Security Council by President Barack Obama. Prior to becoming Chairman, General Dunford served as the 36th Commandant of the Marine Corps. He previously served as the Assistant Commandant of the Marine Corps from 2010 to 2012 and was Commander, International Security Assistance Force and United States Forces-Afghanistan from February 2013 to August 2014.

A native of Boston, Massachusetts, General Dunford graduated from Saint Michael's College and was commissioned in 1977. He has served as an infantry officer at all levels, to include command of 2nd Battalion, 6th Marines, and command of the 5th Marine Regiment during Operation IRAQI FREEDOM.

His Joint assignments include duty as the Executive Assistant to the Vice Chairman of the Joint Chiefs of Staff, Chief of the Global and Multilateral Affairs Division (J-5), and Vice Director for Operations on the Joint Staff (J-3).

A graduate of the U.S.' Army Ranger School, Marine Corps Amphibious Warfare School, and the U.S. Army War College, General Dunford also earned master's degrees in Government from Georgetown University and in International Relations from the Fletcher School of Law and Diplomacy. 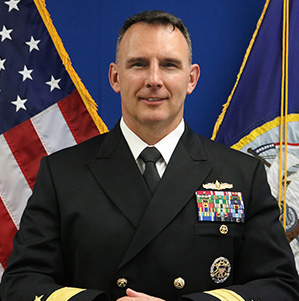 Robertson has served in a highly diverse range of assignments, participated in multiple campaigns, and conducted various operations as a surface warfare officer stationed onboard Cruisers, Aircraft Carriers, and Frigates. He commanded USS Rodney M. Davis (FFG 60) during a seven-month counter-narcotics deployment. He also commanded USS Normandy (CG 60), the first Aegis Baseline Nine warship with Naval Integrated Fire Control - Counter Air capability and took her on a nine-month global-circumnavigation deployment. During that deployment, he served as the Air and Missile defense commander for the USS Theodore Roosevelt Carrier Strike Group.

Following his assignment at ATRC in 1999, he spent two years away from active naval service and worked as a weapon system engineer before voluntarily returning to active duty following the 9/11 terrorist attacks.

Robertson's flag officer tours included Commander, Naval Surface and Mine Warfighting Development Center, where he was responsible for increasing the tactical proficiency and lethality of the Surface Fleet and Commander, Carrier Strike Group TWO, where he led the USS Dwight D. Eisenhower Carrier Strike Group on a 7-month deployment in 2021. He assumed the duties as Director of Strategy, Policy and Plans at North American Aerospace Defense Command and United States Northern Command in July 2022.